John Key signed off on war crime in Afghanistan

Unfortunately I couldn’t listen to the livestream but here is the first report. 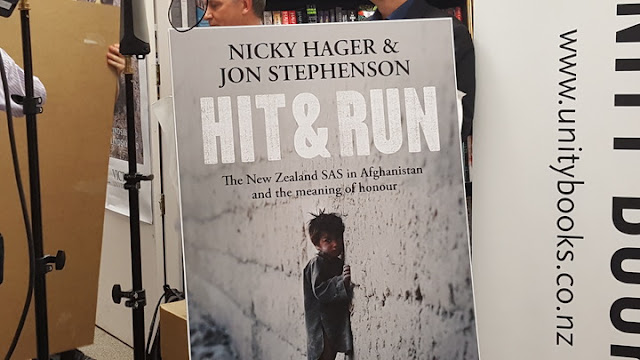 Mr Hager released his new book in Wellington this afternoon, three years after the release of Dirty Politics shortly before the 2014 election.

The book is called Hit & Run - The New Zealand SAS in Afghanistan and the meaning of honour and is co-written by war writer Jon Stephenson. 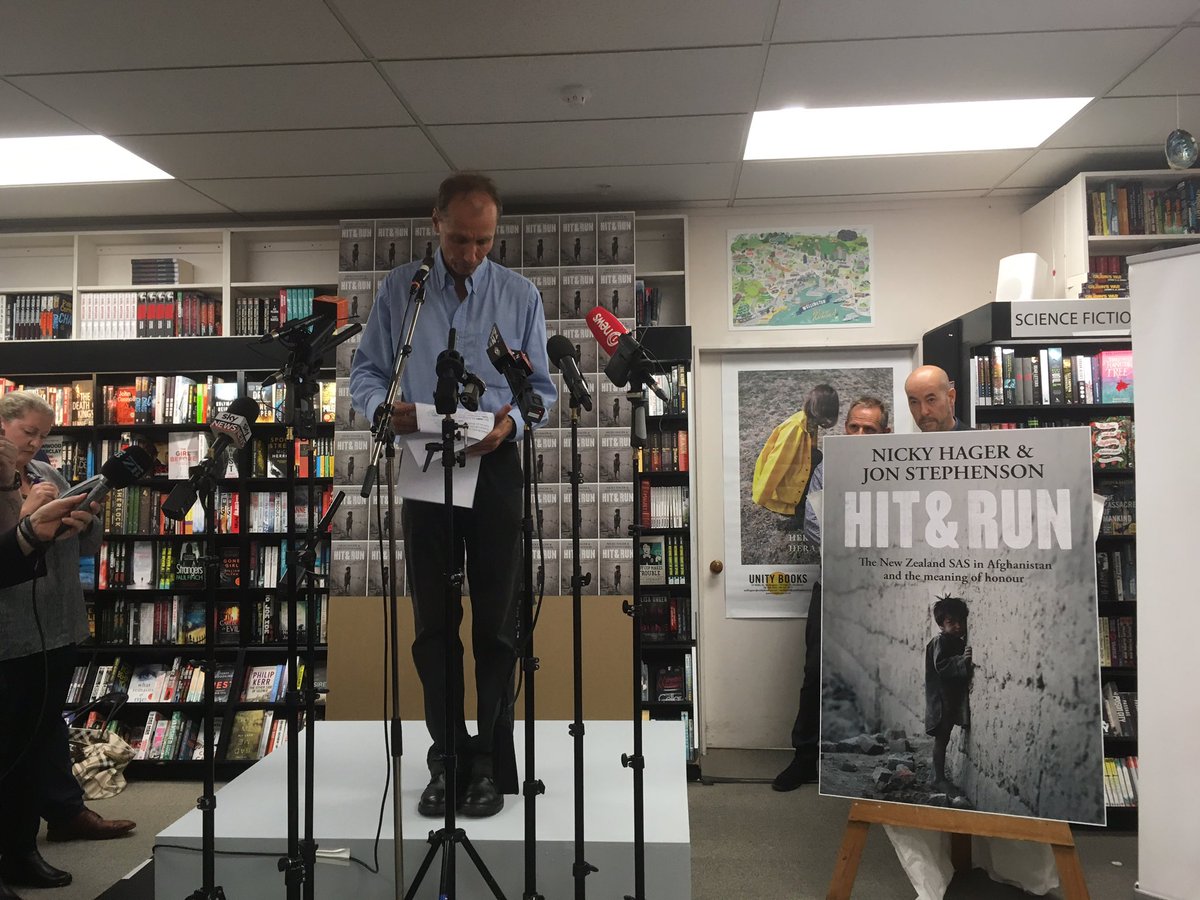 Mr Hager said this afternoon the book reveals a "dark and dirty secret" about the New Zealand SAS in Afghanistan and is calling on an independent inquiry into the raid.

He spoke to people who said there were breaches of international law and war crimes and the information was deliberately suppressed.

Mr Hager says former Prime Minister John Key signed off on a raid by the SAS in Afghanistan that was in retaliation to a NZ soldier's death.

He says 16 villagers were killed in the raid and that the SAS burnt up or blew up about a dozen houses in the town.

Mr Hager says the SAS covered it up and denied it when later asked about it and that no insurgents were killed or found.

He alleges it breached international law and may have been a war crime and that an apology is needed to villagers and the SAS needs to be accountable.

Dirty Politics was based on internal communications between right wing Whale Oil blogger Cameron Slater and a network of National Party figures, provided to him by an anonymous hacker.

Last month Mr Hager filed a human rights claim against Westpac over a decision to give police his account details, without asking for a warrant, as part of a police investigation to identify the hacker.

In December, a court found a 10-hour search of Mr Hager's Wellington home in October 2014 was illegal because police had not told the court they were conducting a "media search" when they applied for a warrant.

A separate claim against the police is currently before the High Court
Posted by seemorerocks at 17:52