Protesting against a Weapons Conference in Auckland

Scuffles between protesters and police have broken out as more than 100 people gathered in downtown Auckland to protest the annual New Zealand Defence Industry Association (NZDIA) Forum on Wednesday morning.
Activists from Auckland Peace Action made attempts to enter the ANZ Viaduct Events Centre on Auckland's waterfront, but were held back by a large police presence.
However some demonstrators were able to break through the barrier police made, and a large number are now staging a sit-in at the centre's main entrance. The group is demonstrating in an effort to "show opposition to profiting from war and disaster", Auckland Peace Action spokesperson Virginia Lambert said.Ms Lambert said she thought most New Zealanders believed in what they were doing.
"After witnessing what happened with the KiwiSaver investment, when it was uncovered that we were invested in arms, I think there was a huge outcry from the public and that really indicated where people's values lie," she said. 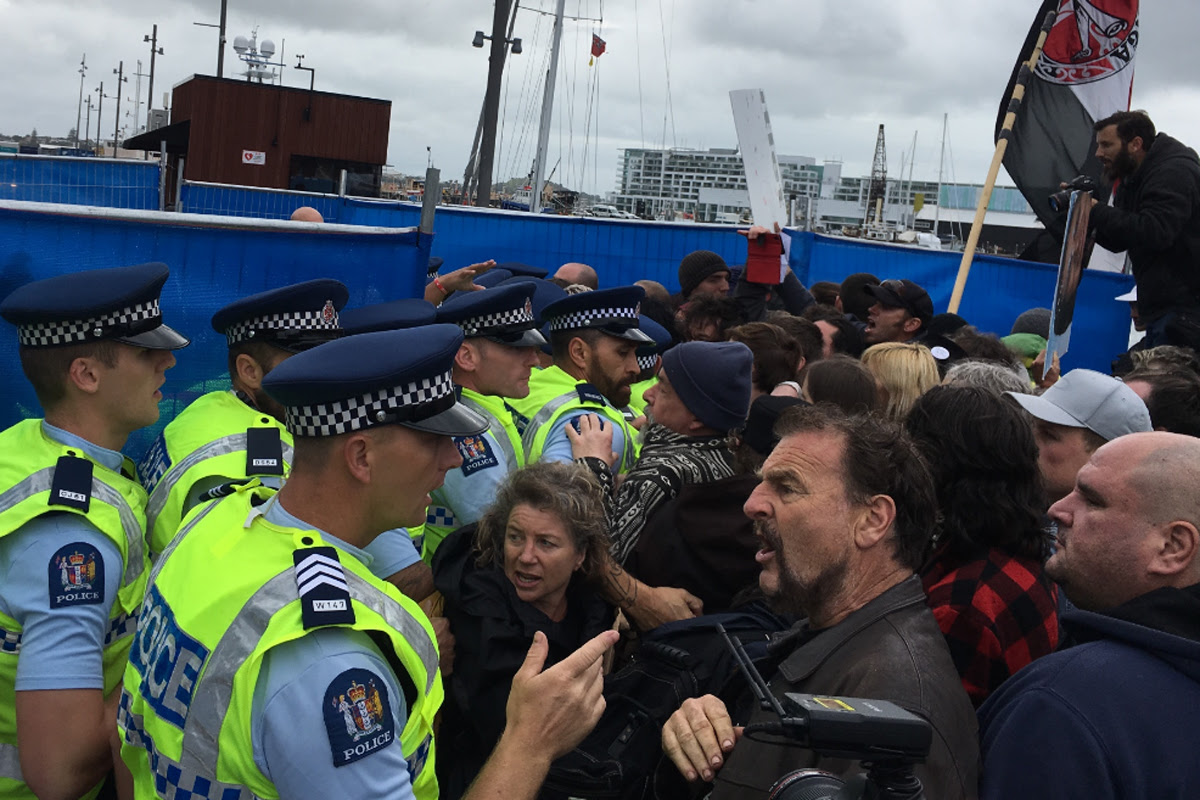 Yesterday the NZDIA appealed for calm from those attempting to hijack the forum, saying that they had misunderstood what the defence industry was all about, and glazed over its "security, humanitarian and service roles".
"It's simply unjustified and unfair to the many people and suppliers who are doing an honest day's work by supplying our New Zealand forces," NZDIA chair Bernie Diver said.
"New Zealand acts as a responsible citizen, supporting mandated operations that make our world a safer place. At times that does mean our people are helping others in some dangerous places. "Our military personnel must be well equipped in order to defend themselves and those in need. Those suppliers who provide and maintain that important equipment to Defence are also represented at the forum."
The event is normally held in Wellington, but was brought up to Auckland to coincide with the Royal New Zealand Navy's 75th anniversary. At last year's event in the capital, 24 people were arrested for their part in the protest. 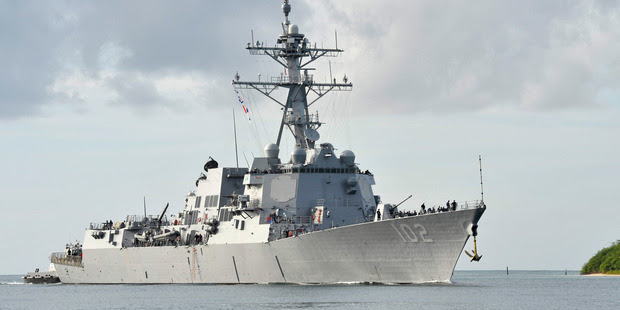 Posted by seemorerocks at 15:12