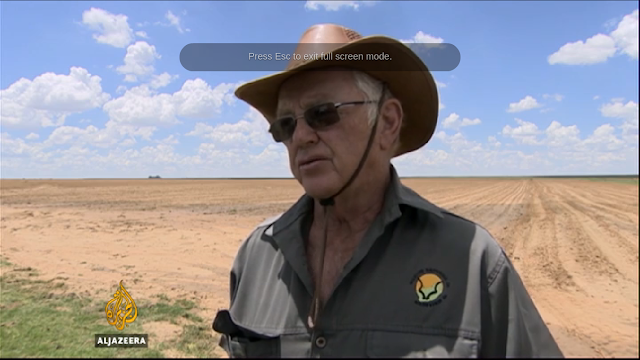 Five out of the country's nine provinces have been declared disaster zones as dry conditions triggered by the El Nino weather pattern continue to devastate the country.

Borrie Erasmus, a farmer whose family has worked and lived on the same land in the Free State province for the past five decades, told Al Jazeera he had not seen anything like it.

"On our farm, there has never been a time when there has not been any maize in December. We could not even try planting seeds. It has been drier than ever," Erasmus said.

The drought is costing South African farmers more than an estimated $600m in lost crops. While the government says it will spend $19m on assisting farmers, it also suggested that farmers should start adapting to changing weather patterns.

Al Jazeera weather presenter Richard Angwin says El Nino, which strictly refers to the surface warming of the eastern and central Pacific Basin, has had a knock-on effect across much of the world.

This phenomenon was particularly strong in 2015.


On Sunday, Bheki Cele, South Africa's deputy minister of agriculture, forestry and fisheries told the Reuters news agency the drought was still not a national disaster.

"As we are experiencing this kind of drought, for some reason God has been kind and late rains did come, and we think the six million tonnes (of maize) we were looking to import - we have downgraded that to four," he said.


"The only hope is that rains continue - if they do we might be out of the woods," Cele said, adding: "We will not declare a national disaster." 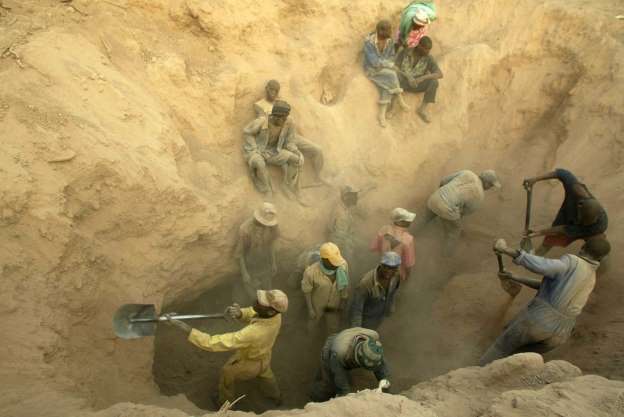 
8 February, 2016MUTARE, Zimbabwe, Feb 8 (Thomson Reuters Foundation) - Shylet Mutsago, a 63-year-old who lives near the diamond fields of Marange, cannot hide her anger over how mining in this gem-rich part of eastern Zimbabwe has failed to improve the lives of local people

From a distance she watches as companies turn the ground over in search of the alluvial diamonds, releasing clouds of red dust into the sky.

"Our hopes of benefiting from the diamonds are gone," she said. "And with this severe drought we are now placing our lives in the hands of God. We are living close to these diamond mines, yet we are starving."

As crops fail due to a lack of rain, some villagers can no longer afford even one proper meal a day, and are surviving on wild fruits like baobab, Mutsago said.

Though prone to dry spells, the situation in Marange has been exacerbated by the current El Niño weather phenomenon, which has brought drought to large swathes of Zimbabwe.

The government has declared a state of disaster in most rural parts of the country, saying that 2.44 million people - around a quarter of the population - need food aid.

Irrigation schemes in and around Marange, most constructed decades ago, are no longer operating properly as small-scale farmers cannot pay to maintain or replace aging equipment.

"Just a few diamond stones could have helped change our lives, but no one seems to care," said Mutsago.

Her frustration is shared by many in Marange, an area home to over 80,000 people.

Malvern Mudiwa said the drought was so serious that villagers had no idea how they would survive through the year.

"But imagine - we are surrounded by diamonds!" said Mudiwa, who also heads a local advocacy group, the Marange Development Trust. "The government must order these mining companies to feed the starving people in Marange."

Marange was regarded as one of the world's richest alluvial diamond deposits, but its resources are depleting, experts say.

It was estimated to have produced around 17 million carats in 2013, 13 percent of the global rough diamond supply, according to the Zimbabwe Mining Development Corporation.

Marange produced 12 million carats in both 2012 and 2014, while production figures for 2015 are not yet available.

When the Zimunya-Marange Community Share Ownership Trust was set up by President Robert Mugabe in 2012, the five diamond companies operating there promised to put in $10 million each to support local villagers over the coming five years.

The basis for such schemes was established under the economic empowerment regulations of 2010, which say communities whose natural resources are exploited by a business must be guaranteed a share of the profits.

The ownership of these companies is opaque, according to a 2012 report by investigative campaign group Global Witness.

Several directors of Anjin were drawn from the Zimbabwean military and police, while a stake in Mbada was given to a company linked with a man reported to be Mugabe's former personal pilot, Global Witness said.

Marange grabbed international headlines in 2008 when the government launched police crackdowns on illegal diamond miners and smugglers, resulting in as many as 200 deaths. Even when formal mining began in 2009, reports of abuses against illegal miners caught sneaking into the mining fields continued.

In 2014, the government announced that all diamond companies in Zimbabwe would merge into one entity, the Zimbabwe Consolidated Diamond Company, in an effort to improve transparency and accountability in the sector. The merger is expected to be finalised this year.

The government has a 50 percent shareholding in the new company, while the other half will be split among the private diamond companies.

"We appeared before parliament, and as diamond companies, we clarified the issue," Machacha said.

At a parliamentary committee last year, the companies said they had never made a binding pledge to put $50 million between them into the Zimunya-Marange trust. The agreement was verbal and there was no written contract, they said.

PROMISES TO BE KEPT?

Diamond expert James Mupfumi said the mining companies were taking advantage of a loophole in the Indigenisation and Economic Empowerment Act.

"Companies are not forced to put money into the community share ownership trusts. They may choose not to," said Mupfumi, who heads the independent Mutare-based Centre for Research and Development. The rules are unclear, and it is up to the companies to decide how much to contribute, he added.

However, in parliamentary question and answer sessions, broadcast on state television, Chidhakwa has said the merger of the diamond companies would not impinge on the rights of community trusts.

The new entity must inherit the assets and liabilities of the companies, and honour their promises, he explained.

"I want to assure our communities out there that the process of consolidation itself does not do away with the commitment of community share ownership trusts that are in place," he said.

Mupfumi called for the suspension of mining operations in Marange, to allow for independent auditing of the companies working there, and full disclosure of their ownership.

"No clear polices have been enacted so far in the diamond industry to warrant transparency and accountability practices that will eventually lead to trusts like Zimunya-Marange deriving benefits," he said.