With reference to the item Antarctica's ice sheets more sensitive to warming I am reposting the following item from 2014. 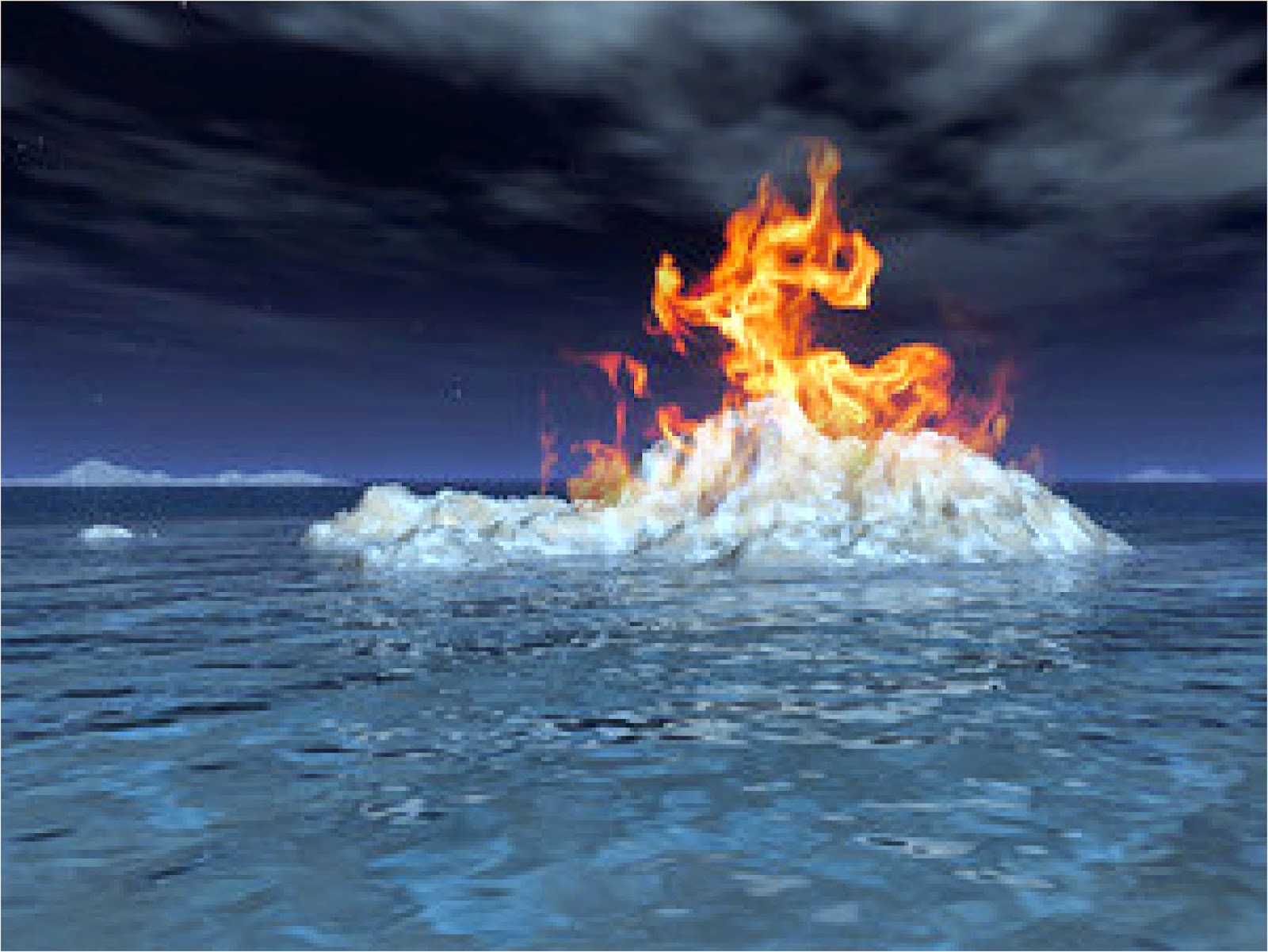 As part of preparing for Guy McPherson's visit to New Zealand in October I sent a pretty good presentation to the Sunday programme of Radio New Zealand suggesting that they interview Guy.

Instead of discussion I got the following response:

Hi Robin,
Nice to hear from you and thankyou for your email but we won't go ahead with an interview with Guy McPherson.
Best,
Christine.

In a fit of pique I wrote the following (which I might well have written,after consideration, in a more diplomatic language):

Dear Christine,
I am, to be frank, pretty sickened by your response as I would have expected more.

I guess it is in line with the editorial policies of Radio NZ to ignore the hard evidence of climate change. I have evidence of this from correspondence with another RNZ producer.

It is sickening because (despite their cretin of a PM) the Australian media has been coming up with some good stuff on the subject and acknowledging the true reality of rapid climate change and the methane clathrate gun.

I have (with few exceptions) become disillusioned with Radio NZ as a whole and have to turn to those isolated voices - usually outside this country -who do DO speak the truth.

My only 'hope' is that a change of government will allow a more rational and inclusive editorial policy.

You should really look to your own conscience because knowing something to be true but being complicit in hiding the truth is pretty high in the list of journalistic sins.

I have to say in conclusion your efforts to keep the NZ public in the dark (by insisting on "local" stories will be to no avail.

Burying your head in the sand never changed Reality. 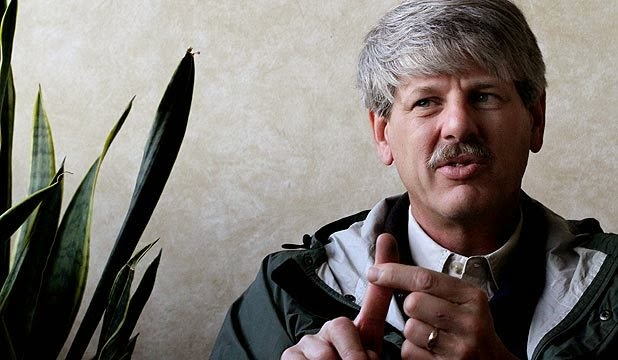 Earlier in the year I exchanged correspondence with another Radio New Zealand producer, Veronika Meduna, and shared with her material on the latest findings about the Arctic methane emergency.

She made it quite clear that she had read this material and understood it.

She also shared with me that it was Radio New Zealand's editorial policy not to cover the issue unless it had a local "New Zealand" slant to it.

She also indicated, expressed in Aesopian language, that she understood that it was hard to combine this "local" policy with something that is of a global nature.

She also said that the release of the IPCC report in March would provide an opportunity to 'cover the issue'.

Here is the report that she subsequently came up with on Radio New Zealand.

Please note the bits I have highlighted: 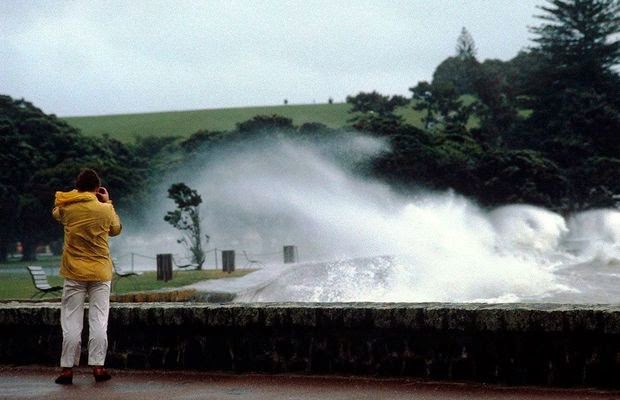 Wildfires, more frequent and severe floods, and higher risks to coastal infrastructure due to rising seas are just some of the impacts New Zealanders can expect from climate change in the coming decades.

The Intergovernmental Panel on Climate Change on Monday officially released its report on impacts, adaptation and vulnerability, which identifies eight key risks that will affect New Zealand and Australia as temperatures continue to rise in step with increased greenhouse gas emissions

The report is the second part of the IPCC's Fifth Assessment, the most comprehensive assessment of the world's vulnerabilities to climate change, and it warns that adapting to future impacts in this region could mean having to translocate industries and giving up on protecting certain areas from sea level rise and excessive heat.

Wildfires are expected to cause damage to settlements and ecosystems, economic losses and risks to human life in many parts of New Zealand as a consequence of drier and warmer conditions.

One of the lead authors for the report's chapter on New Zealand and Australia, NIWA climate scientist Andrew Tait, says wildfire is already a major issue in Australia, but New Zealand now also faces a higher risk.

"Large areas of the country which have traditionally not been high-risk areas, Southland and Waikato for example, due to a warming environment leading to more evapotranspiration and a drying of the soils and the vegetation are going to be more at risk from wildfires as we move through the century." 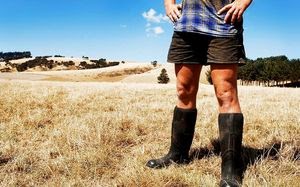 Droughts will be more intense.

The chapter's coordinating lead author, Agricultural Greenhouse Gas Research Centre deputy director Andy Reisinger, says wildfires could be more destructive in New Zealand's as our native forests are not adapted to it.

"The other point is of course that much of how New Zealand has dealt with rising greenhouse gas emissions so far was to plant forestry that absorbs carbon from the atmosphere, and it's ironic that there's now a rising risk in releasing such stored carbon in wildfires."

Rainfall predictions for New Zealand are for more rain in the south and west, and drier conditions in the north and east. Andrew Tait says the main pattern is associated with a likely change in westerlies over the country, which are projected to increase mostly in the spring and in winter.

"Some of our large South Island catchments have their headwaters in the Alps where we are expecting mean rainfall and the extreme events associated with warmer temperatures to increase, leading to larger floods, in the order of 5 to 10 per cent larger by the middle of the century, to what we've been used to in the past." 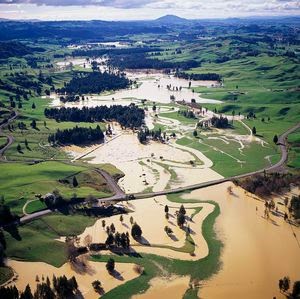 An increase in heat waves, constraints on water resources and loss of agricultural production represent three risk areas that apply to both countries, but will have a more immediate and more damaging impact in Australia.

For example, the Murray Darling Basin could lose 70 per cent or more of its current food production on a regular basis towards the end of the century.
Two other key risks - the loss of montane ecosystems and changes to the structure of coral reefs - apply only to Australia.

Regional average temperatures in this region have already increased by 0.9 degrees over the last century, and sea levels have risen by 20cm - and the report predicts this will continue.

"It's virtually certain that the region will continue to warm throughout the 21st century and there the projected changes are between 1.5 degrees more for the most stringent global scenario for reducing greenhouse gas emissions up to more than 4 degrees warmer than at present," says Dr Reisinger.


This is from someone who has stated in writing that they have read (and presumably understood) scientific material on methane emissions and the consequences for the planet!!

I can only repeat:

....knowing something to be true but being complicit in hiding the truth is pretty high in the list of journalistic sins.

Given that we are "only" looking at runaway, catastrophic climate change with an increasing number of positive self-reinforcing feedbacks and with the inescapable conclusion that all the evidence points to the near-term extinction of higher life forms on this planet - what does that say about efforts to obfuscate on the part of people who know better?

How does this differ from journalists, say from the old Soviet Union that told lies to maintain their own careers?

All of this is pretty galling when I have seen repeated articles in just about all the main newspapers of Australia acknowledging climate change as a present reality (despite an idiot climate change - denying prime minister).

I do not know if this is simply the considered opinion of Radio NZ editors or if they are under political pressure from their political masters (giving the lie to the 'independance' of Radio New Zealand.

Acknowledge the reality in general terms, but ensure that the whole truth is not told.

All of this comes with a growing disillusionment with Radio New Zealand on account of their subtle "manufacturing of consent" for the government and their echoing of gross lies on the situation in Ukraine.

That leaves us with NO MEDIA in this country that can be relied on to accurately reflect reality.

That more or less leaves the people of the country with the blogosphere which is dominated by right-wing scum like Cameron Slater and David Farrar.

....or, as an alternative, Seemorerocks.