For these 'experts' 'disastrous' means disastrous to the economy. Extinction is bad for the economy (sic)?!

Experts say 5°C rise disastrous for NZ
A climate scientist says an Australian study predicting global temperatures to rise by up to 5 degrees Celsius over the next hundred years, is a wake up call for New Zealand. 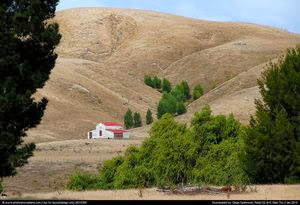 The findings by the University of New South Wales study are published in the renowned peer review science journal Nature.

Jim Salinger, who wrote the book Living in a Warmer World, says the study provides a true reality of global warming.

Dr Salinger says New Zealand will be seriously affected if no action is taken over the next decade.

He says a 4°C temperature rise would be bad for the country, and anything higher would be terrible - leaving much of lowland New Zealand frost-free with a third more rainfall and depressed beef and sheep production.

Dr Salinger says New Zealand has the technology to use and develop alternative energy sources.

Cath Wallace, the co-chair of Environment and Conservation Organisations of New Zealand and an economist, agrees that many industries could be affected.
"For New Zealand that could mean massive destabilisation of tourism, coastal settlements, of agriculture and probably also a lot of forestry."

The scientist behind the study says the dramatic warming can be reversed by moving away from fossil fuel use. The study shows a 4°C rise would be the minimum to expect if no policy changes are made by governments.

Lead scientist from the University of New South Wales Steven Sherwood says the study looked at different calculations made by scientists around the world. He says it found estimates of a 2°C global temperature rise were too conservative.

Professor Sherwood says the effects of a 5°C rise in global temperatures would be catastrophic for the planet and it would take aggressive measures such as moving away from fossil fuel use to reduce temperature rise predictions below 2°C.