Thank you for the heads-up, Gerard Otto


What the NZ government
wants you to know about


the provisons of the TPPA 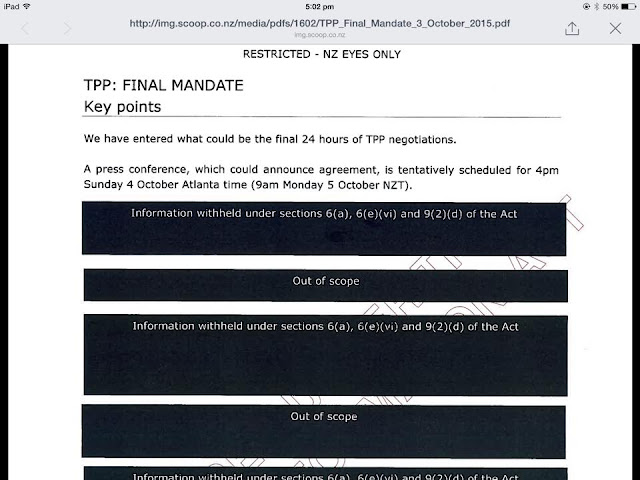 This document was released by the government to Scoop under the Official Infomation Act and is about the potential rise in the cost of medicines.

See how much this tells you. 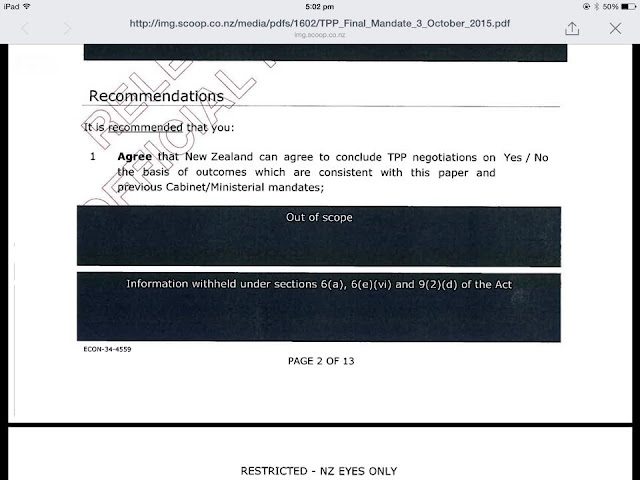 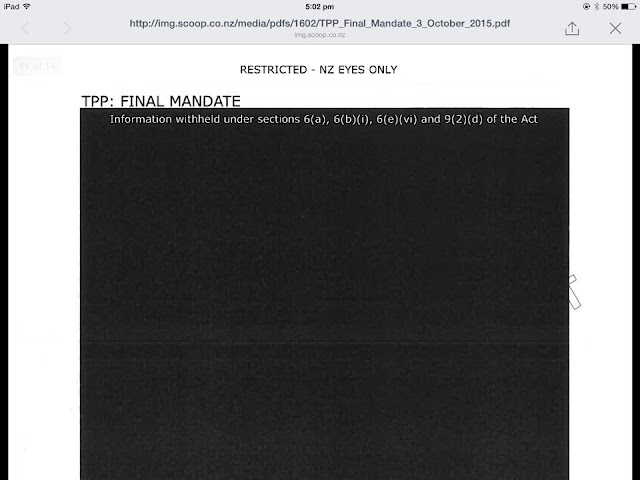 The government and John Key want to tell you at every opportunity how transparent they are.

You make up your own mind but to me, judging by the amount that has been blacked out they are keeping the details secret.

To see the document release to scoop.co.nz GO HERE 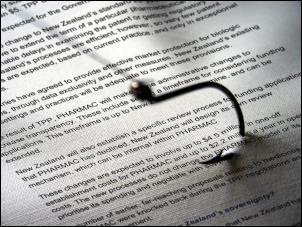