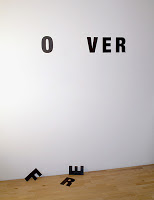 Quite a few people wrote to me over the past week asking about all the noise coming out of Cyprus. If you haven't heard, there is a financial collapse that is unfolding there: banks are closed and people can't get at their money. The Cypriot banks are insolvent. This is no surprise: all banks everywhere are insolvent, and would fail immediately were the various types of ongoing bailouts to suddenly stop. These bailouts include an ever-longer list of annoying financial jargon—liquidity injections, quantitative easing, toxic-asset-purchasing by central banks, accounting tricks such as “mark-to-fantasy,” which allows them to make bogus claims as to the value of their assets, yadda-yadda. The point is, the financial system failed in 2008, and stayed that way. The faulty formula behind all modern finance is debt raised to the power of time, and only works when there is exponential growth in economic activity and energy. Energy's exponential growth stopped in 2005 due to resource depletion; three years later finance collapsed. Permanently. Since then we have been witnessing a global game of “extend and pretend,” which cannot be played indefinitely. If something can't go on forever, it doesn't.

Perhaps you have also heard about the nasty Russian oligarchs who used Cyprus as an offshore to launder their ill-gotten gains. Russian interests stand to lose tens of billions of dollars on the Cyprus fiasco. They were going to use that money to put their young idiots through Harvard, snap up Miami real estate, cruise the Mediterranean in megayachts and so on, and they probably still will. But they are not at all happy, still sore from what happened in that other EU offshore, Iceland, and thinking of something to do about it—something painful, embarrassing, or both. By the way, the money-laundering charge is just anti-Russian bigotry, which is a hold-over from the Cold War. You see, when Apple Computer parks its cash offshore, that's called “minimizing international tax exposure.” But when a Russian company does it, it's called “international money-laundering.” Cheating and stealing are the last two competencies left in modern finance, yet when Russians do it it's somehow considered bad? That is just hypocrisy pure and simple.

In case anyone wants a solution to the Cyprus crisis, I have a modest proposal. Take Cyprus out of the Eurozone and make it part of the Ruble Zone. Pay depositors in full, in Russian Rubles. Now reprice and sell Russia's natural gas exports to Europe in Rubles. Eurozone would still be insolvent, but Cyprus would be fine and the Russian depositors would be happy. Of course, Germany et al. would have to start exporting products to Russia at a steep discount to earn the Rubles to pay for the gas. Failing that, they could buy Rubles using Euros, and then Russia would turn around and use them to buy gold.

What the Cyprus crisis exposes is just the tip of the financial collapse iceberg. Cyprus is small, far away, and by itself unlikely to crash the entire system, but you never know—icebergs are known to flip and crumble unexpectedly. But taking a slightly longer view, the experience the Cypriots are going through exposes the risk of having all of your eggs in the one basket labeled “finance.” If you want to maximize your stupidity, keep your money in a bank or any other financial institution. A slightly less stupid strategy is to hold wastebaskets full of physical Dollars or Euros (which will eventually be worth their weight in recycled paper). Less stupid still is the strategy of holding precious metals (which will probably be confiscated once governments become sufficiently desperate). There are some non-stupid options as well, but if you want to learn about those you will have to read my book (which is going to press this week).

Speaking of which, here is this week's excerpt:

Here is a likely endgame for the finance and import-driven global economy. Supposing global finance suffers another “whoopsie” à la 2008: a “credit event,” money markets lock up and so on... This scenario has been rehearsed once already, and nothing has been done to prevent it from happening again except for some temporary stopgaps consisting of national governments sopping up all the bad debt. What is different now is that all the governments have already shot all of their magic bailout bullets. The guilty parties are still at large, richer than they were before this crisis and probably thinking that the next crisis will make them even richer. The last time it happened, President Bush the younger famously declared: “If money isn’t loosened up, this sucker could go down,” and money was indeed loosened up, and is getting looser all the time. But how loose is too loose? At some point we are bound to hear, from across two oceans, the shocking words “Your money is no good here.”

Fast forward to a week later: banks are closed, ATMs are out of cash, supermarket shelves are bare and gas stations are starting to run out of fuel. Nothing useful happens when people swipe their credit cards at the few stores that remain open (not that anyone is shopping, except for food and ammo). And then something happens: the government announces that they have formed a crisis task force, and will nationalize, recapitalize and reopen the banks, restoring confidence. In short, the government will attempt to single-handedly operate their corner of the global economy by other means. The banks reopen, under heavy guard, and thousands of people get arrested for attempting to withdraw their savings. Banks close, riots begin. Next, the government decides that, to jump-start commerce, it will honor deposit guarantees and simply hand out cash. They print and arrange for the cash to be handed out. Now everyone has plenty of cash, but there is still no food in the supermarkets or gasoline at the gas stations because by now the international supply chains have broken down and the delivery pipelines are empty. Restarting them requires international credit, which requires commercial banks to start operating normally, and that in turn requires functioning supply chains and retail.