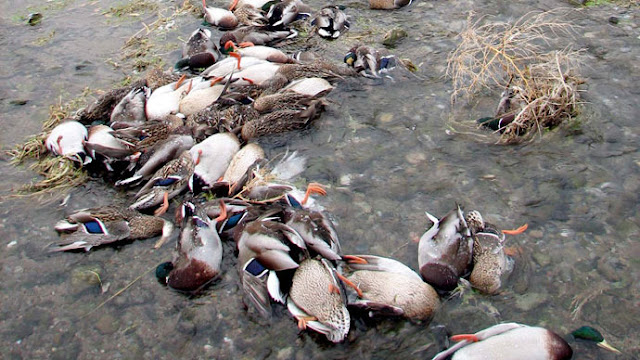 The ducks, which were found in the Nanhe River in Meishan city, have been disinfected with lime and buried 3 meters underground, deputy director of Pengshan County’s publicity office, Liang Weidong, told China National Radio.

According to Liang, the ducks are believed to have been washed downward from upstream and accumulated in the Pengshan section of the river due to lack of water in the dry season. Although the origin of the ducks remains unknown, Liang warned that farmers who discard their dead ducks in public places face heavy punishment.

Officials were unable to determine a cause of death, as some of the ducks were already decomposed.

Despite worries from nearby residents, Liang insisted that the incident poses no threat to drinking water, nor does it endanger residents and livestock along the river banks.

Reports of the floating duck carcasses come just as the toll of dead pigs pulled from China’s Huangpu River surpassed 16,000.

The swine incident has sparked national health and safety concerns, largely due to the fact that 22 per cent of Shanghai’s drinking water comes from the Huangpu.

The origin of the pig carcasses remains a mystery, with Shanghai saying its farms have not reported an epidemic which would kill pigs in such large numbers.

Workers have been pulling dead pigs from the river for the past two weeks, with Shanghai pulling out 10,924 dead pigs as of Sunday afternoon.

On Sunday, the government released a statement that the work of fishing out the dead pigs was “basically finished.”

But the end of one sanitation incident has seemingly marked the beginning of another - and Chinese residents have taken to social networking sites to express their concern.

"The dead ducks in Pengshan River present us with a very practical problem, and show how society's bottom line is getting lower and lower," a member of weibo - China’s version of Twitter - said.

The scandals have highlighted China's troubles with food safety, adding the country's most popular meat to a growing list of food items rocked by controversy.


China's coastal waters pollution doubles in just one year
China’s coastal waters are experiencing severe pollution, with the size of the worst affected areas up 50% on last year according to The State Oceanic Administration (SOA). 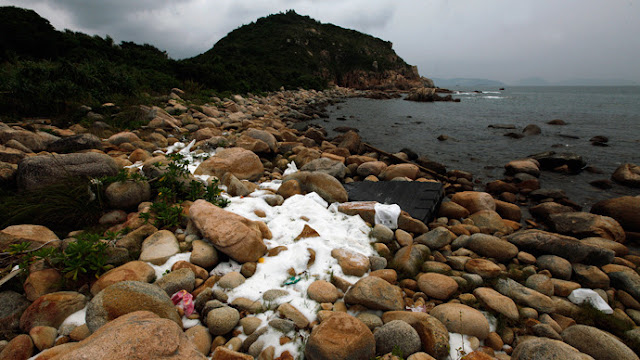 Affected waters are deemed unsuitable for swimming, fish-farming, port use and are not even fit for some industrial purposes under this classification.

The SOA statement found that pollution from 72 monitored rivers increased by 17 million tonnes in 2012 and included 46,000 tonnes of heavy metals and 93,000 tonnes of oil. While discarded plastic rubbish accounted for 80% of pollution in coastal waters.

“The pollution of coastal waters and damage to the eco-system remained acute,” the statement read.

The SOA found that the impact on China’s estuaries, including the Yangtze and Pearl River deltas, which are huge centers of population and industry, were particularly badly affected. More than 80% of the coast of the Bohai Sea in northern China is built up with factories and other construction projects, while only 5% was still in a natural state.

The data reflects China’s rising environmental problems, which are a result of its rapid economic growth and booming economy and have sparked widespread public anger and protests.

China’s leaders have promised action on the country’s appalling pollution problems. Protests have reportedly grown by almost 30% a year since 1996.

The results of an eight year marine survey, some of which were revealed by the magazine Nature in November last year gave a disturbing picture of the overall marine environment in China.

China’s mangrove swamps have shrunk by 73% and coral reefs by 80% since the 1950’s, while coastal wetlands have declined by 57%.

It also revealed that over the past 20 years China’s coasts have suffered repeated harmful algae blooms. There has been an average of 83 ‘red tides’ a year, called thus because of the red pigment in the phytoplankton species.

‘Green tides’ of green algae occur mostly in the Yellow Sea, while ‘brown tides’, which kill shellfish, hit China in 2009.

As a result of the state of China’s coastal waters, some species of fish in the East China Sea are on the brink of extinction.

“There is an urgent need to set up a long-term monitoring network to access changes in coastal water chemistry and their impact on marine ecosystems,” Gao Kunshan, a marine ecologist, at Xiamen University, told Nature
Posted by seemorerocks at 11:25