NIWA says parts of the North Island are the driest they've been in nearly 80 years. 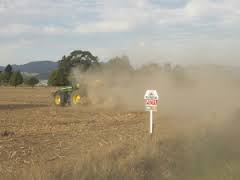 The Government declared a state of drought across the entire North Island on 15 March, adding Buller and Grey districts on the West Coast last week.

A principal climate scientist at NIWA, Brett Mullan, says the last time many regions suffered such severe conditions was in 1946.

Dr Mullan says there are fluctuations from year to year but NIWA expects dry summers to become more common as the global climate changes.

An Auckland climate scientist, Jim Salinger, says the dry conditions are an historic event and he's never seen anything like it.


MetService forecaster John Law says some isolated showers are likely around the North Island ranges this weekend but the weather will be settled and dry throughout most of the North Island well into next week.

Mr Law says not even the long-range forecast shows any substantial rainfall on the way.

Dr Salinger says about 70 to 80 millimetres is needed over several days to ease drought conditions but he does not expect any useful rain for the rest of March.