What a miracle! Flu is DEAD and it's all on account of COVID

Not even so much as a HINT of irony from Canada's government propaganda outlet.

I feel a deep sense of mourning for my fellow humans

'I've been on the influenza beat for 20 years and I've never seen anything like this,' BCCDC expert says 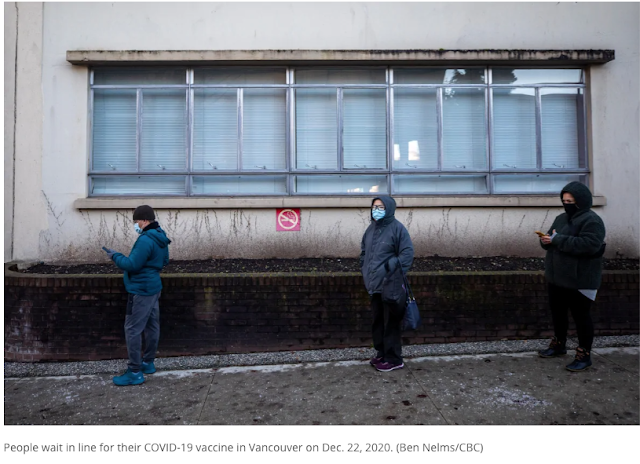 Health officials in B.C. have not detected a single case of influenza circulating in the community since flu season began, continuing an "exceptional" nationwide trend even as the province sits in the thick of its regular flu season.

"It's still a big goose egg in terms of influenza detection provincially. It's really quite exceptional how low the influenza activity is," said Dr. Danuta Skowronski, the lead for influenza and emerging respiratory virus monitoring at the BCCDC.

"I've been on the influenza beat for 20 years and I've never seen anything like this ... and that's not for lack of trying."

The BCCDC has tested 30,000 samples for influenza this year. Only a dozen of those tests came back positive and all were linked to people who'd received a vaccine, which doesn't count as community spread.

By comparison, the centre found 861 positive tests last year with roughly one-third of the testing.

B.C.'s experience is reflected across the country. A report from the Public Health Agency of Canada on Thursday said there hasn't been enough influenza cases to even declare that the 2020-21 flu season has begun in Canada.

The statistics have calmed fears of health experts across Canada who worried a second wave of COVID-19 would arrive just as seasonal flu infections began to spread, creating an overwhelming "twindemic" this winter.

"We are trying to find that [influenza] virus, but so far, nothing — which is good news," said Skowronski.

The 30,000 tests run for the flu this year is four times the average number of tests B.C. has done over the past five flu seasons. The dozen positive results were all connected to people who'd received the "live attenuated" flu vaccine, which is made from weakened influenza virus and delivered by nasal spray.

"It's not unusual to pick up the vaccine virus in the nose swab," Skowronski said. "What is unexpected is to find no influenza viruses otherwise at all in the province."

"We saw a dramatic drop-off in influenza activity almost as soon as we implemented those public health measures last March. We were experiencing an influenza epidemic then and as soon as those measures were in place, it was like influenza fell off a cliff ... and it's been like that ever since," she said.

Influenza and COVID-19 are both contagious respiratory illnesses, but they are caused by different viruses. The flu comes from influenza viruses, while COVID-19 is caused by a novel coronavirus called SARS-CoV-2.

As for whether the public health measures should remain in place to ease flu season even after COVID-19 is under control, Skowronski said it's an idea for health officials to consider.

"I think it would be useful to take stock of the measures and what's worked, but it's a balance. Some of those measures are quite extreme and are put in place because, ultimately, the SARS-CoV-2 virus is not the influenza virus," she said. "It takes a much greater toll in terms of hospitalizations, ICU admissions and deaths than typical influenza season virus does.

"We'll have to weigh the benefits and the costs of those measures."

Posted by seemorerocks at 21:12