Covid news from the UK

This week we decided to document the empty streets of London. Where there would usually be thousands of people, we found it to be completely deserted. We explored St Pauls, Trafalgar square , Big Ben , Tower Bridge, London Underground and Buckingham palace.
Having seen that do you believe this?

The IMF has downgraded the UK's economic growth forecast for this year as the new strain of the COVID-19 pandemic takes its toll.

Britain's GDP is expected to grow by 4.5% in 2021, down from a previously predicted 5.9%, according to the International Monetary Fund's latest World Economic Outlook.

Edwina Currie Walked Off The Richie Allen Show This Evening

Richie is joined by writer, broadcaster and former junior health minister Edwina Currie and also by Tony Gosling, the former BBC journalist who now hosts The Politics Show from his hometown of Bristol. Edwina Currie is a proponent of lockdowns and the wearing of face coverings.
Richie disagrees and invited Edwina to debate. The conversation ended abruptly, when Edwina walked off the show, when she was challenged to provide evidence that face coverings are an effective way to stop viral transmission and she couldn't.
Tony Gosling discusses the emerging evidence that the PCR test is totally unreliable and explains why he believes the government and most UK journalists are turning a blind eye to that fact. Plus much more. www.thisweek.org.uk
***
https://richieallen.co.uk/edwina-currie-walked-off-the-richie-allen-show-this-evening/

I like Edwina Currie. That will annoy some of my listeners. I don’t care. I like her anyway. I met her when I was presenting talk radio shows in Spain. She was always available, would debate any topic and never took herself too seriously. I’m disappointed that she exited stage left before her cue on this evening’s show. But hey ho. We were debating the logic of lockdowns, whether they cause more harm than Covid itself and the efficacy of face coverings. Edwina became annoyed when I asked her to produce a study, after she’d said that there was clear evidence that facemasks prevent the transmission of viruses. She couldn’t point to one and seemed to think that it was “gotcha” journalism on my part. It wasn’t. She brought up the studies. My follow-up question was inevitable. 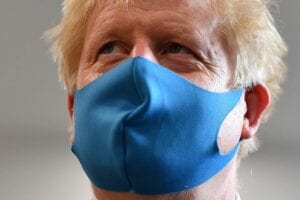 A few minutes later, after I’d texted her to say that it was unfortunate and unprofessional that she hung up on me, Edwina texted me three links, suggesting that I wouldn’t even read them. I was still on air of course. I pointed out that it was pretty ironic of her to say that, considering that she didn’t want to hear about the esteemed scientists that I had namedropped on the show. ANYWAY, it doesn’t matter. It’s a shame, because I was looking forward to challenging her on the PCR test, hospital capacity and other issues. I respect Edwina for blowing the whistle on salmonella, taking the hits for years and then being proved right years later,  but also for her unswerving support of free speech and open debate. She’s a good egg. See what I did there?

I know that Edwina Currie believes in lockdowns, face coverings and social distancing. She’s no shill. I am convinced that she is wrong and I outline my reasons on the radio show each evening. She is most certainly convinced that I am wrong and may even feel that broadcasters like me endanger the public. It’s a paradox. What do we do? My minor spat with Edwina is a microcosm of the macrocosm. Families, friends and neighbours are falling out as I write this. It’s tearing people apart. And all I see, is the totalitarian agenda gathering pace. Anyway, the hour is late and there’s wine to be supped. In the interest of balance (always) and fairness, here are the links Edwina sent me, in support of her contention, that wearing a face covering is supported by scientific evidence. I won’t comment on them. She can have the last word….today. 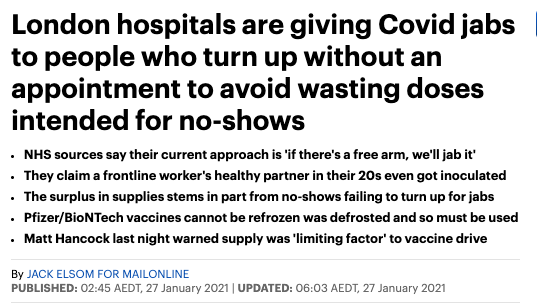