The European Union is set to recognize a standard for vaccine passports in a what is being pitched as a move to reignite travel within the bloc.

While admitting that the use of such passports at the moment would be “premature” due to low vaccination rates amongst total populations, the EU says that plans to implement a bloc wide standard will likely be picked up in the near future.

EU commission vice-president Margaritis Schinas told the Daily Mail it was “perfectly imaginable that this can open avenues for other use, including facilitating travel.”

EU Health Commissioner, Stella Kyriakides, is claiming that the bloc is in “active discussion” about how to implement a health related passport.

It isn’t hard to imagine the EU setting a standard for mandatory vaccine passports as numerous European countries have already committed to issuing such a document to its citizens for the purpose of travel.

Spain and Poland are the latest countries to announce that vaccine passports/certificates will be issued to those who receive the COVID-19 vaccination.

The United Kingdom is currently trialing a similar document in select areas of Britain.

The London Telegraph reporting last week that biometrics firm iProov and cybersecurity firm Mvine have developed a vaccine passport which will be optionally provided as a smart phone app for Brits vaccinated against COVID-19.

Denmark, Israel, Russia, and the Canadian Province of Ontario have also either announced a vaccine passport or that they are exploring the idea.

London doctor Richard Dawood, who is cited by the Daily Telegraph as a “leading travel health expert”, says that vaccine passports are now “ultimately unavoidable.”

“Regardless of how any of us feel about the idea of ‘vaccine passports’ for travel, they will ultimately be unavoidable,” Dawood said, adding:

“Once countries begin insisting on proof of Covid immunity from arriving travelers, there will be little option but to embrace the challenge.

We all long for travel to return to normal. But entry requirements will remain as long as countries feel insecure, perhaps until most people have been vaccinated worldwide. Social distancing, sanitisers, face masks on flights, delays, red tape, and last-minute changes of plan, will stay a fact of travel until then.”

The implementation of such passports is running at full speed despite the World Health Organization stating earlier in the month that they oppose the use of ‘proof of vaccination documents’ “for the time being“.

“There are still too many fundamental unknowns in terms of the effectiveness of vaccines in reducing (virus) transmission and vaccines are still only available in limited quantities,” the WHO said.

The the standardization of such a document has some worried that the plan is bound to create a social divide between those who are willing to take the jab and those who are not.

“From an ethical point of view vaccine passports are completely unacceptable. You’re going to create a two-tier system and history shows that when you create division within society it leads to civil unrest. It’s vaccine apartheid,” Dr Clare Wenham, assistant professor of global health policy at the London School of Economics, warned in The Telegraph. 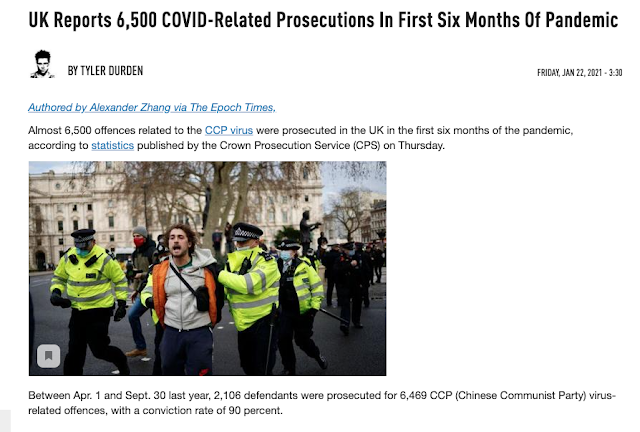 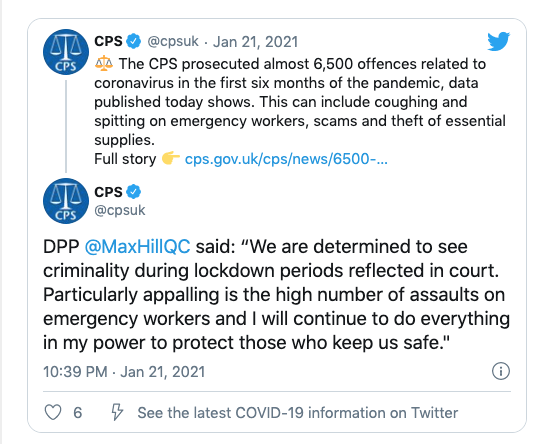 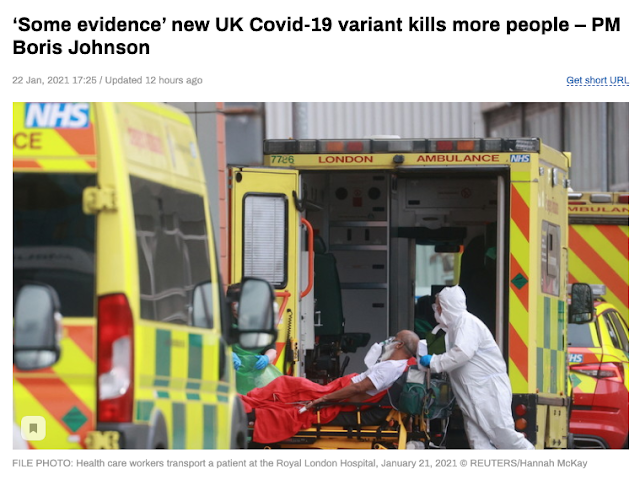 The UK’s new Covid-19 variant may be linked to higher mortality, Prime Minister Boris Johnson has warned in a press conference, citing early analysis of the mutated strain which was discovered late last year.

“We've been informed today that in addition to spreading more quickly, it also now appears that there is some evidence that the new variant – the variant that was first discovered in London and the south east (of England) – may be associated with a higher degree of mortality,” Johnson said.

The PM said that the number of deaths is expected to “continue to be high for a little while to come” as a result of the “big surge” in infections caused by the spread of the new variant over the festive period. 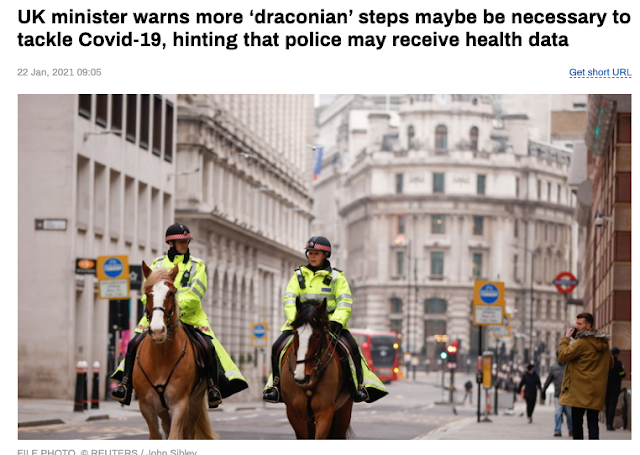 The British environment minister has warned that additional measures may be necessary to combat lockdown fatigue and those guilty of repeatedly breaking Covid-19 restrictions as the government dismisses relaxing rules.

Speaking on Friday, Environment Secretary George Eustice said the government wants to be “straight” with people, adding that the current lockdown measures won’t be reduced until case numbers start to fall and all vulnerable groups have received a vaccine.

Eustice was asked whether there was any truth to reports that police could be given access to health data to crack down on quarantine breaches.

“Generally, with this whole pandemic, we’ve had to take some quite extraordinary steps, very draconian steps, that are a big infringement on people’s liberty,” the minister responded.

“And yes, that does mean that we have to intervene in quite a draconian way and issue penalties, and we make no apology for doing that.”

Eustice further highlighted the gravity of the situation, adding that other measures were “under review,” including completely closing the borders to foreign visitors.

“None of us want these restrictions to stay in place a moment longer, but we are in a very serious position... there is pressure on the NHS and we need everyone to play their part, to abide by the restrictions to limit the spread of this virus.”