Threats to social stability in Russia

It has been a while since I have been able to give any attention to Russia.

There has obviously been some repression in the last year with the undue pressure put on Russia politically and geopolitically, as well as the situation with covid-19 which seems to have ravished Russia.
One thing I have seen is that Russian law is requiring people to use Russian ISP's and that the social media platform had to leave Russia because of telecom regulations there.
What this article makes clear is that Russia is subject to many of the same social pressures in the West and that apart from the role of the West China, despite the putative alliance, also poses a threat to Russian social stability.

ON THE EVE OF RUSSIAN REVOLT 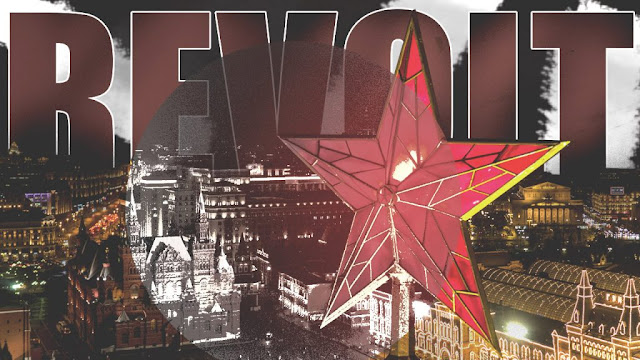 Russia is preparing for protests in support of the leader of the hardcore pro-Western opposition – Alexey Navalny. After Navalny’s return to Moscow, all the actions of his supporters resemble a staged show, the directors of which decided not to bother, and simply took the script, which was written for the recent protests in Belarus. Unfortunately, women and minors become the main actors in this staging.

At the moment, Navalny is in a detention center. He was detained on January 17 at the Sheremetyevo airport after returning from Germany, where he had been undergoing treatment since August 22. On January 18, at a court session that took place right at the police station, he was arrested until February 15.

The time of Navalny’s return to Russia was not chosen by chance, and absolutely did not depend on Navalny’s health. He deliberately waited for the end of the year, when one of his criminal prosecutions is terminated. This concerns only one of Navalny’s criminal cases, and did not help him avoid arrest. Navalny was put on the wanted list due to systematic violations of the conditions of the probationary period, since he had previously been conditionally sentenced to 5 years in the so-called “Yves Rocher case” (Aleksei and Oleg Navalnywere convicted of stealing about $500,000 from two Russian firms, one of which was affiliated with French cosmetics company

Yves Rocher and of laundering part of the amount). After being discharged from the Charité hospital in September, he ignored summons to the Penitentiary Inspectorate, where he had to appear twice a month.

Even at the Moscow airport, it was obvious that Navalny expected that he would be arrested, he was absolutely calm and even managed to throw a few offensive jokes.

After his return, the active phase of agitation to protests began. Without wasting time, until the hype around his figure calms down, the Navalny team published an investigation was immediately published about the alleged Putin’s palace, which Navalny presented as an information “bomb”. In fact,the opposition figure collected far cry from fresh gossip in tabloids and backed them up with allegedly “authoritative” opinions. Immediately, Navalny’s team began to actively prepare for the protests against his detention on January 23. Social networks became their main platform. All the accounts of the Anti-Corruption Foundation published the complete lists of cities where the processions are planned.

Interestingly, Navalny’s wife and other supporters organize rallies in almost all main cities of Russia, with the exception of the Republic of Crimea and the city of Sevastopol, thereby demonstrating to the West that they do not consider these territories to be Russian and are ready to abandon them if they come to power.

Minors are one of the main targets of their propaganda. The pro-Western opposition makes significant efforts to get them involved in protests. In general, the stake is made specifically on teenagers, with apparently full activation of the Western spy network in Russia. The scripts for these protests are written by people who are familiar with the peculiarities of adolescent psychology. They take into account the long period of quarantine, the lack of full-fledged communication, their hunger for action, the opportunity to throw out the energy accumulated over several months. Screenshots from the accounts that call for participation in protests

The stake is most likely made on TikTok, which has turned into a child political hell. In Russia, TikTok is mainly popular among teenagers from 13 to 20, who are easily influenced and do not realize the full power with which they are influenced by a social network that is easily manageable. As a result, dozens of teenagers publish videos calling to participate in the protests on January 23. Many write slogans that they are allegedly afraid of the police, but have to support Navalny, they call to leave the doors open so that the protesters could hide from police, or support the protesters with hot tea and food, etc.

The Chinese political leadership, who has control over TikTok, allows it to manipulate the Russian news feeds. It is interested in putting pressure on the Kremlin to obtain an additional leverage in negotiations with the Kremlin, after which Beijing will be able to use the necessary mechanisms and calmly remove such “political oriented” content.

Another social network and online dating application Tinder has recently been infested with pages of young girls inviting guys on a date on January 23 in order to take part in a rally.

The goals of such propaganda are quite clear. Taking into account that girls participate much more actively in such rallies, as was evident during women’s marches in Belarus, the special effort is needed to attract the young man to the protests.

Another trend became a video where young guys and girls in police uniform tear off their shoulder straps, allegedly supporting the protesters. However, none of them has any real link to law enforcement agencies. Some teenagers in the videos are less than 18 years old, some of them are popular blogger, not police officers. Some of them, a minor part, turned out to be former police officers who were fired and convicted.

Do these children know that illegal wearing of a law enforcement uniform is an administrative violation? 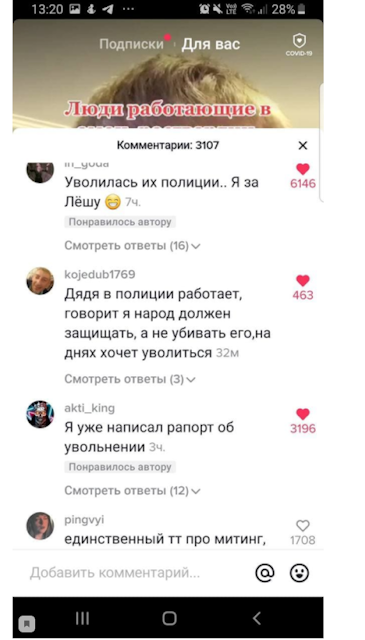 Obviously, neo-liberals are actively engaging popular bloggers, who are usually paid for any advertisement on their accounts; numerous fake accounts were created, and as a result masses of people begin to support the propagated ideas.

Also, agitation for Navalny is carried out in schools where films about him are shown to children by their teachers.

As usually, media personalities, mainstream actors, musicians, and others, who strive to gain popularity, participating in almost all rallies, are involved in campaigning. 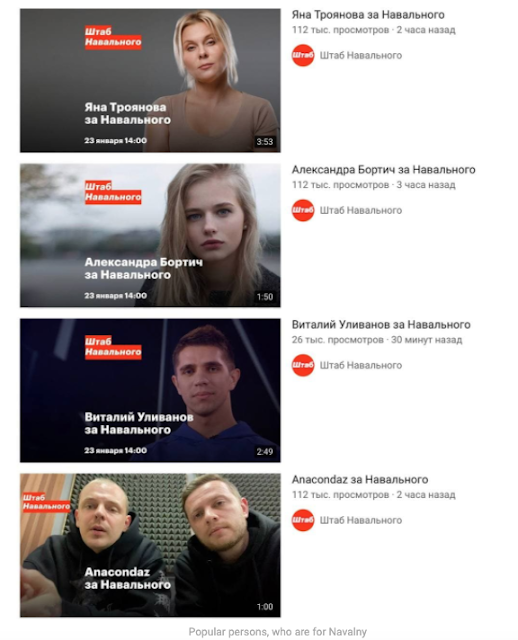 While Navalny is in the detention center, the regional headquarters of his ‘Anti-Corruption Fund’ endanger a big number of ordinary citizens, among whom there are a lot of minors. They are making this intentionally. The opposition media has already been spreading FAQs for teenagers, explaining what to do in the case of detention.

Against the background of recent events, it becomes more and more obvious that the whole story of Navalny’s poisoning is a complete staging.

It should be expected that, according to the scenario, the teenagers will play the role of the next sacred victim. The task of neo-liberals is to inspire adolescents so that they start active riots, provoking the policemen. After that, many will either be detained, someone may be injured. This is what will force their parents and relatives to take to the streets as the second wave of protests.

All of the methods mentioned above are identical to what was observed in Belarus six months ago. Women’s marches, active involvement of old people, disabled people and especially teenagers, fake policemen – all this has already taken place. Moscow should also expect a subsequent rise in the popularity of Navalny’s wife, Yulia, who, apparently, is destined for the role of Russian Tikhanovskaya. Most likely, she will play a leading role during the protests on January 23.

The case of Belarus demonstrated that if the government opts to fight back the pressure and rejects fake proposals of ‘conflict settlement’ with pro-Western/neo-liberal forces, the chances to overcome large-scale destabilization attempts are rather high. In Russia, the reaction of the authorities is still not clear. Preparations for the protests were already at their final stage, when Federal Service for Supervision of Communications (Roskomnadzor) announced that it would fine the social networks TikTok, VKontakte, Facebook, Twitter, Instagram and YouTube for calling on teenagers to participate in unauthorized rallies.

The key question is the following: Is the aggregated political establishment ready to provide a stiff reaction against attempts to destabilize the country or not? In the Russian reality, where almost every second top politician in varying degrees has ties with the West, the probability of success of revolution is relatively high.