The Evolution: How things look 4 days after the Inauguration 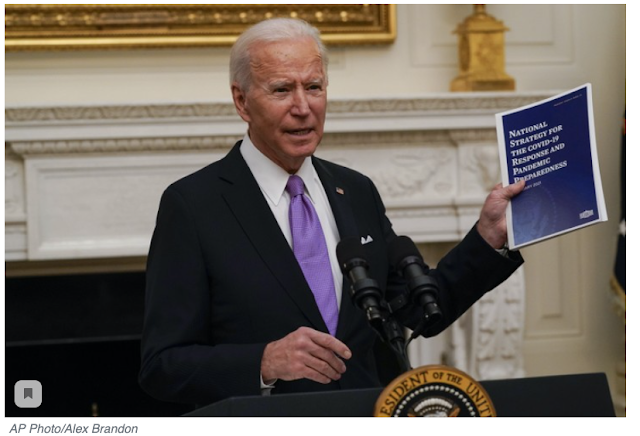 That’s a fact that’s been common knowledge for the majority of his career. Sure, he lies in a way that is acceptable to the beltway cocktail circuit, but he lies nonetheless. His lies are also far more consequential than most, usually dealing directly with major policy concerns.

Case in point? Biden is already admitting that his biggest campaign promise was a complete scam. Remember when he claimed he was going to “shut down the virus” if elected? Yeah, about that. 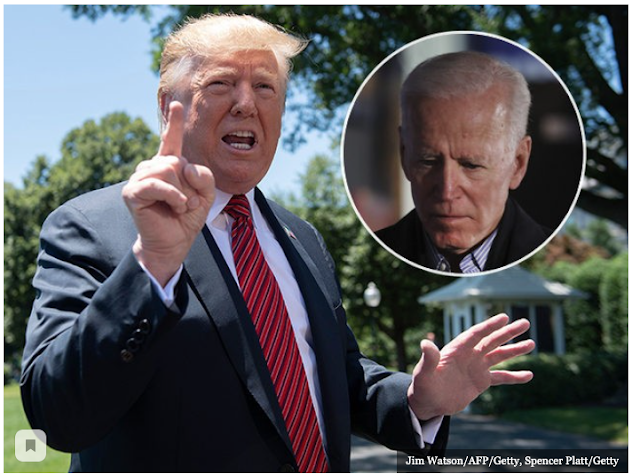 Rasmussen Reports, one of only about three reputable pollsters out there, found that His Fraudulency Joe Biden’s first ever job approval rating as president is a pathetic 48 percent. Get this… 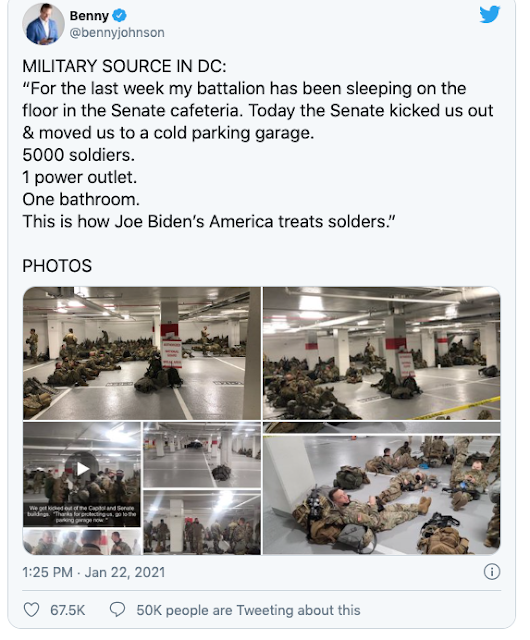 Trump at least, has a sense of humour 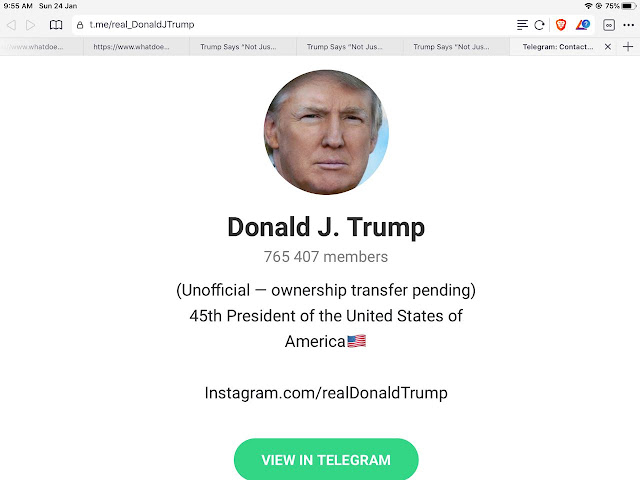 Meanwhile, if nothing else the new regime is humourless An editor with the New York Times is out at the newspaper after she reported having "chills" watching Joe Biden’s airplane land ahead of his inauguration.

Lauren Wolfe, an editor of the Times's Live section, tweeted on Tuesday that she got "chills" watching Biden's plane arrive at Joint Field Andrews the day before he was inaugurated into the office of the presidency.

She also slammed the Trump administration for what she called the "pettiness" of "not sending a military plane to bring [Biden] to DC as is tradition," though Biden reportedly chose to take his own plane rather than one from the government.

Wolfe's contract with the Times was subsequently cancelled, according to media reports.

Numerous media figures have been observed gushing positively over the newly minted Biden administration, a sharp contrast to the hostile treatment Trump received from the press for many years.

An equally humorless. Guardian comes up with this tripe as things fall apart 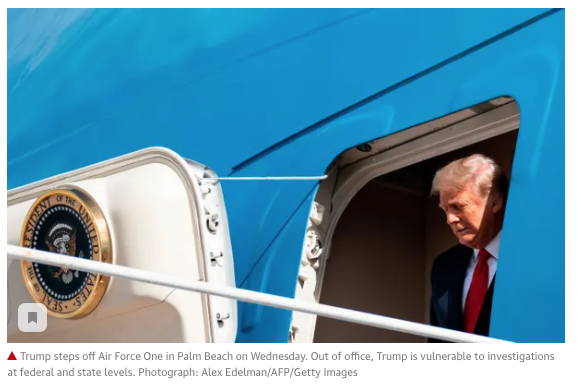 Donald Trump was at his Florida resort on Saturday, beginning post-presidency life while Joe Biden settled into the White House. But in Washington and beyond, the chaos of the 45th president’s final days in office continued to throw out damaging aftershocks. 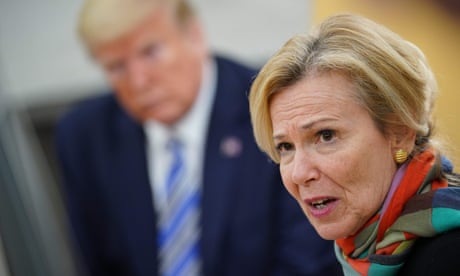 In yet another earth-shaking report, the New York Times said Trump plotted with an official at the Department of Justice to fire the acting attorney general, then force Georgia Republicans to overturn his defeat in that state

Megyn Kelly, host of the "Megyn Kelly Show," forecasts the death of journalism under a Biden administration and tells Glenn the Democrats' talk of unity is 'nonsense.' There are some personal freedoms that are worth fighting for. The Left has reached too far and awakened a silent majority who should refuse to be silenced. 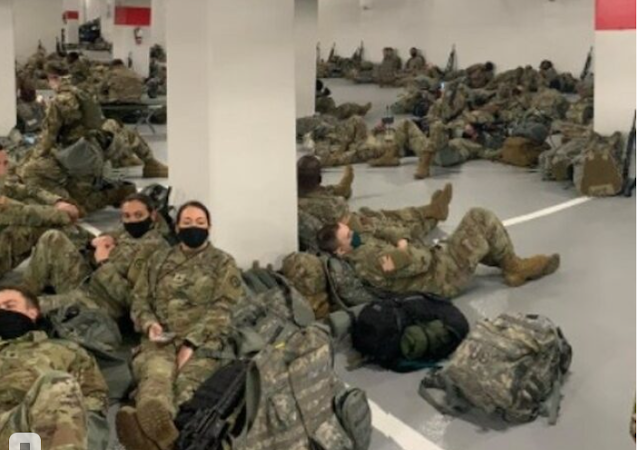 The Geneva Conventions expressly forbid forcing prisoners of war from sleeping on concrete, or in parking garages.

Nevertheless, His Fraudulency, after only two days in office, allowed his own troops to be treated worse than he would ever treat terrorists or America’s enemies. 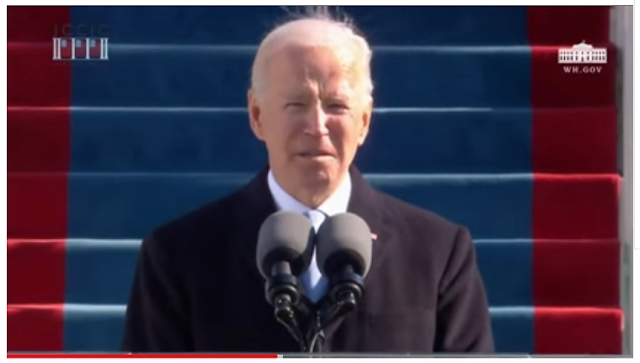 After only three days in office the Biden administration has disabled comments on all thirteen videos posted to the official White House YouTube channel, erasing thousands of comments in the process. The White House channel has been under relentless negative commentary from the American people to the point that downvotes were being manipulated to make the Biden videos appear more popular. While the downvotes still wildly exceed the upvotes, all commenting and live chats are now gone. 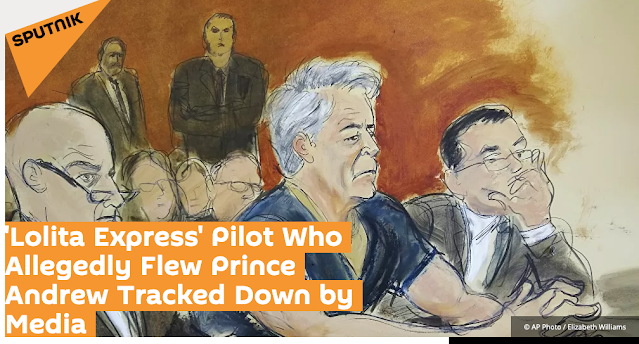 The pilot reportedly claims that the Duke of York flew at least ten times on Epstein's jet, even though his flight logs do not seem to feature the prince's name.

David Rogers, the former pilot of Jeffrey Epstein's infamous "Lolita Express" jet, is refusing to speak about the disgraced financier's friends, including Prince Andrew, or about Epstein's alleged victims, the Daily Mirror reports.

According to the newspaper, Rogers said simply "I can't talk" when reporters finally managed to track down the 67-year old airman to Lake Worth, Florida.

"David has complied with the FBI and others investigating those who enabled Jeffrey’s offending. He was trusted with his most prized and high-profile friends, not only the Prince but Bill Clinton too," a source reportedly explained. "He's adamant he didn’t see any wrongdoing as he flew Epstein, his cronies, and the girls around." 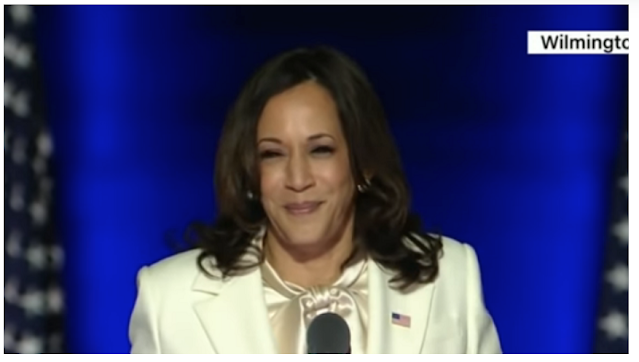 The Washington Post said Friday that it “repurposed and updated” a story containing joking comments made by Vice President Kamala Harris about prison inmates.

It was the Fourth of July, Independence Day, and Kamala Harris was explaining to her sister, Maya, that campaigns are like prisons.

She’d been recounting how in the days before the Democratic debate in Miami life had actually slowed down to a manageable pace. Kamala, Maya and the rest of the team had spent three days prepping for that contest in a beach-facing hotel suite, where they closed the curtains to blot out the fun. But for all the hours of studying policy and practicing the zingers that would supercharge her candidacy, the trip allowed for a break in an otherwise all-encompassing schedule.

“I actually got sleep,” Kamala said, sitting in a Hilton conference room, beside her sister, and smiling as she recalled walks on the beach with her husband and that one morning SoulCycle class she was able to take.

“That kind of stuff,” Kamala said between sips of iced tea, “which was about bringing a little normal to the days, that was a treat for me.”

“It’s a treat that a prisoner gets when they ask for, ‘A morsel of food please,’ ” Kamala said shoving her hands forward as if clutching a metal plate, her voice now trembling like an old British man locked in a Dickensian jail cell. “‘And water! I just want wahtahhh….’Your standards really go out the f—ing window.”

Several unions that eagerly endorsed President Joe Biden during the 2020 presidential election are now learning the hard way what it means to support Democrat policies.

During his first day in office, the newly-inaugurated president revoked the construction permit for the Keystone XL oil pipeline, thus destroying thousands of jobs

And not just any jobs — but union jobs.

TC Energy Corp., the Canadian company that shares ownership of the pipeline with the Alberta government, had estimated that 10,000 jobs — in addition to the 1,000 already established — would be created in 2021 alone thanks to the construction of the pipeline. 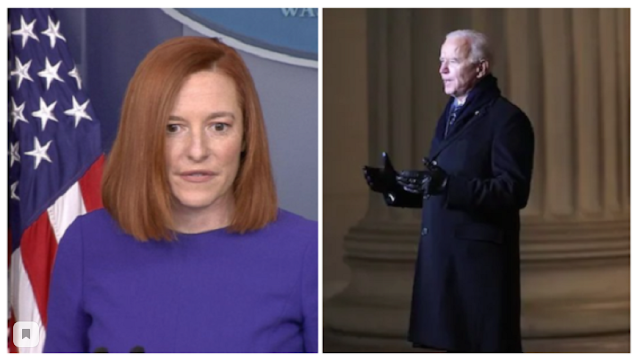 Biden press secretary Jen Psaki raised eyebrows when she dismissed questions about the President failing to wear a mask on federal property – a violation of an executive order he signed hours earlier.

Fox News reporter Peter Doocy questioned why the President and his family were not wearing masks at the Lincoln Memorial on Wednesday, considering the mandate requires it at all times.

Psaki initially replied that they get to flaunt the rules because Biden “was celebrating” an “historic day in our country.”

Pressed further on whether the President was setting a “good example” Psaki replied, “I think we have bigger issues to worry about at this moment in time.”

An empty White House?
Posted by seemorerocks at 14:04