The Kiev fascists say the people of Lugansk did it to themselves!

Shells devastate entire streets in eastern Ukrainian town
Eyewitnesses in the Cossack settlement of Luganskaya have accused government forces of carrying out two airstrikes on densely-populated residential areas. Kiev says the devastation is the result of shelling by secessionist forces.


“The first plane appeared at 11 am, and hit the center of the town – destroying the police building, damaging the courthouse, and razing two houses. We won’t know the death toll until the rubble is cleared,” said Vladimir Bilous, the head of the local administration. 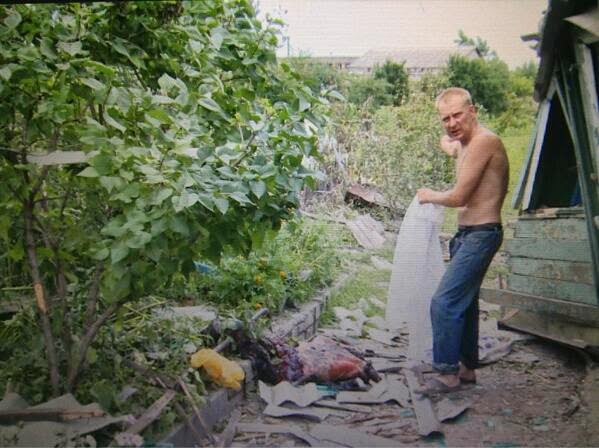 Aleksandr shows what he says could be his mother's body.He later shows pieces of neighbors' bodies. #Ukraine #ATO


“At the site of the second strike the situation is even worse: 9 people have died, and 11 have been wounded. Among the victims is a five year-old girl, who with her father. The impact was so strong her legs were blown off. Once again, the exact number of the dead will only become clear later.” 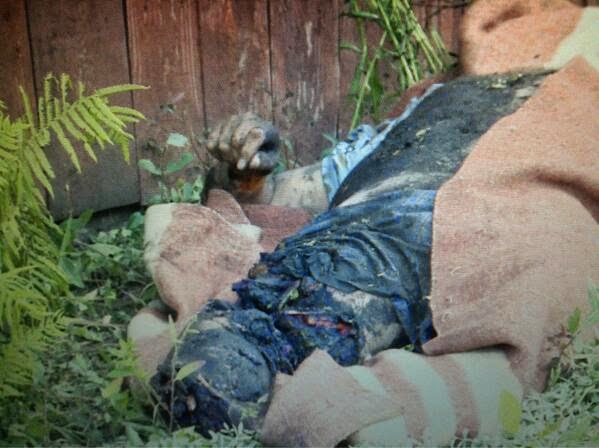 .
GRAPHIC Locals:this is the body of a father of 5yo.Later at a local hospital we were told the boy died from injuries

Amateur footage from the site shows multiple impact craters, and buildings that lay in ruins. Some of the houses still appear to be on fire, with visibly upset residents consoling each other on the streets.

Luganskaya is home to about 15,000 people, and has not been directly involved in the fighting between government forces and the self-proclaimed People’s Republic of Lugansk.

Kiev’s Anti-Terrorist Operation center, which resumed its onslaught on separatist positions earlier this week, has accused pro-Russian forces of unleashing the strikes from the ground to coincide with an aerial patrol. Local residents escape from a fire in the house destroyed in the Ukrainian armed forces' air attack on the village of Luganskaya. (RIA Novosti/Valeriy Melnikov)

“Today terrorists have deviously fired at civilian areas near Luganskaya,” it said in an official statement on Facebook

“At the same time, they have accused Ukrainian air forces of executing the attack. But Ukrainian planes were not operating in the area at the time. Only artillery shells were launched by government forces, but at 4 am, and in a direction away from the settlement.” 
On Wednesday, Ukrainian authorities said that 279 people have died in the nearby Donetsk region since the start of fighting this spring – 160 of them civilians. Figures for Lugansk have not been revealed. The body of a local resident killed in the Ukrainian armed forces' air attack on the village of Luganskaya. (RIA Novosti/Valeriy Melnikov)

The UN also reported last week that more than 110,000 refugees have moved to Russia, and more than 50,000 have been internally displaced as a result of the conflict.

WARNING: Graphic video
On Wednesday, Russia, Ukraine, Germany and France negotiated a new ceasefire in eastern Ukraine, though it is not clear whether separatists in eastern Ukraine will abide by it, or whether Ukrainian forces will stop the operation before they do. A previous ceasefire that ran out last week was marked by intermittent fighting. Following today's talks (July 2) of Foreign Ministers of Russia, France, Germany, and Ukraine, it is possible to ascertain in the fog of the war at this moment only this: the Russian government tries hard to assure the West and the Kiev regime that it is not militarily or in any other significant way assisting the people in east Ukraine against fascism and the junta and that, very likely, the Russian government has no intention of doing so.

This message happens to be almost perfectly compatible with the objectives of the West as supported by Germany and France and also very attractive to the Kiev regime who, at this moment, are trying to cut off the Donetsk and Lugansk People's Republics from being assisted by Russia. At the same time, very sophisticated and intensive assistance to the Kiev junta from the US, NATO, and the EU goes on at full speed and in all the spectrum. Here is an interesting comment from RT:

As a Commander in US Navy with experience in Southern Russia and Ukraine and with a father from western Ukraine (Lvov) and a mother from Russia, I can tell you for a fact that the Ukrainian government has been taken over by America, German military officers are in Eastern Ukraine and Right Sector Nazis (sympathizers of Nazis, many of whom are descendants of Nazis) have eagerly killed Russians. http://rt.com/news/170012-lavrov-ukraine-talks-peace/

In order to promote this message, the Russian government is deliberately entirely mute on the status of the Donbass "republics" and, except for few officials' few comments, is very mild and restrained in criticizing the Ukrainian government for its actions.

Meanwhile, being on the defensive and without any chance to launch serious offensive actions, the territory effectively controlled by the Donetsk and Lugansk People's Republics continues to shrink. At the same time, the mobilization of the Kiev regime and the turning of the country to a war footing against Russia continues unabated.

The Russian government does talk occasionally about the need to protect "rights" of the people in east Ukraine. However, it has not bothered so far to even roughly explain what this is supposed to mean besides some more inclusive talks, while the resistance keeps losing ground and is being forced to surrender more of its demands (per Boroday's statement yesterday) and positions.

If I can think of parallels, this does, indeed, remind me of how Slobodan Milosevic started treating Krajina before its fall/surrender, which came in the form of Operation Storm planned by "retired" or lent US officers.

While Russia has renewed its offer to have Ukrainian officers and the OSCE monitor its checkpoints or its side of the border with the Donbass, it also appears that the Russian government dropped the initial idea of monitoring the ceasefire with the OSCE also elsewhere, i.e., on the territory of Ukraine or the Donetsk and Lugansk People's Republics.

If this is so, then, like in Krajina, the more or fictional or maybe even more real ceasefire would serve the Kiev regime to get the time it needs to rehearse and prepare the eventual overwhelming blitzkrieg.

If this Krajina-like plan continues and if the case of Yugoslavia can serve as any indication, this option would then be followed by some combination of Maidan and a Color Revolution in Moscow and a Milosevic-like trial of Putin and other Russian leaders in the Hague. The "international court for the former Yugoslavia" in the Hague, as the case with Yugoslavia proved again and again (and most vividly and unreservedly in the 11-and-half year long! detention of unconvicted and unconvictable Vojislav Seselj, is nothing more than the Empire's arbitrary inquisition. The Hague court is for all practical purposes a fascist court and fascist "justice."

Let's not forget: the US government, the Kiev regime, and all the US vassals (Brzezinski's own term) do already publicly and also officially hold Russia to be guilty of "aggression" not only in Ukraine, but also nearly everywhere on the territory of the former Soviet Union (see U.S. proposed bill 2277).

In a word, it seems now that Putin and the Russian government is able to speak more openly to their Western "partners" than to their own Russian people. 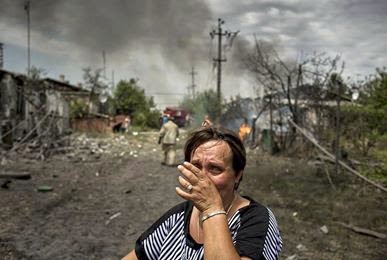 Today, only the bombing of two villages of Kondrashevskaya and Stanichnaya near Lugansk by the fascist regime in Ukraine killed at least 20 civilians, including a 5-year old boy. In the light of just this massacre among numerous others, surrendering to this same regime a portion of sovereignty in the form of monitoring Russia's borders with the Donetsk and Lugansk People's Republic does appear at best odd, but otherwise perverse. . 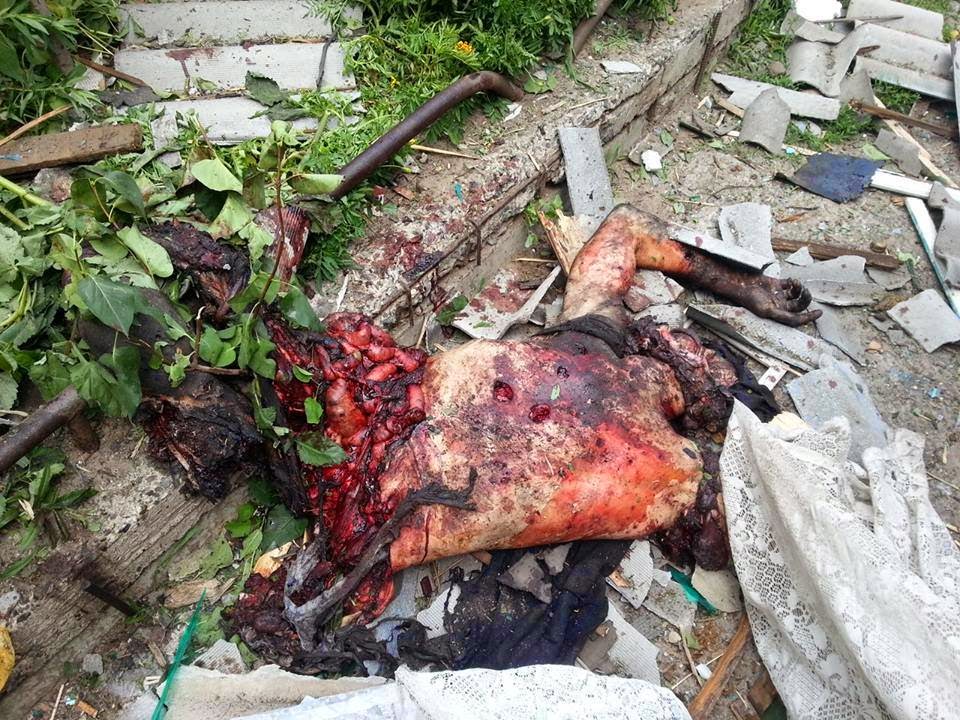 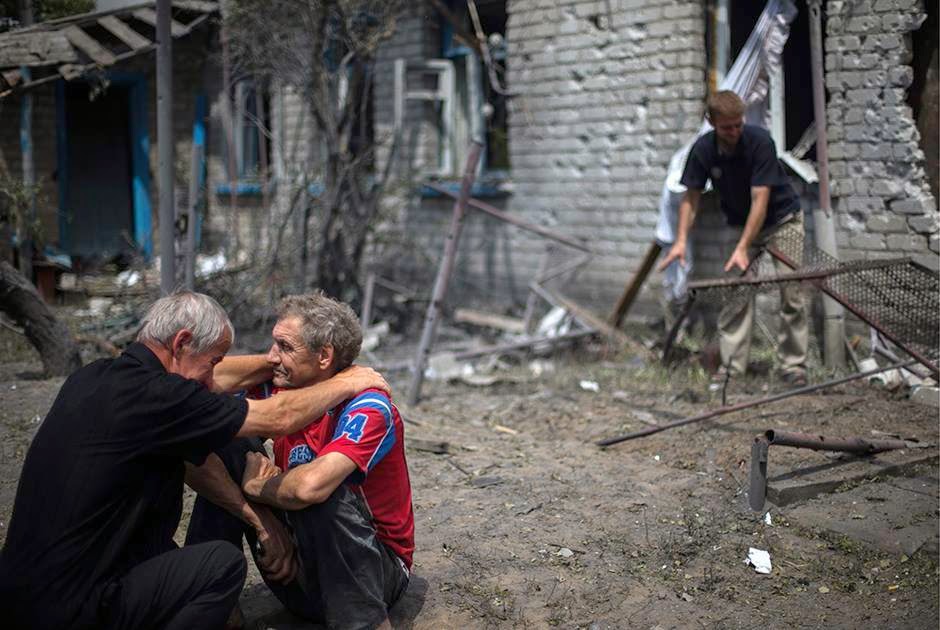 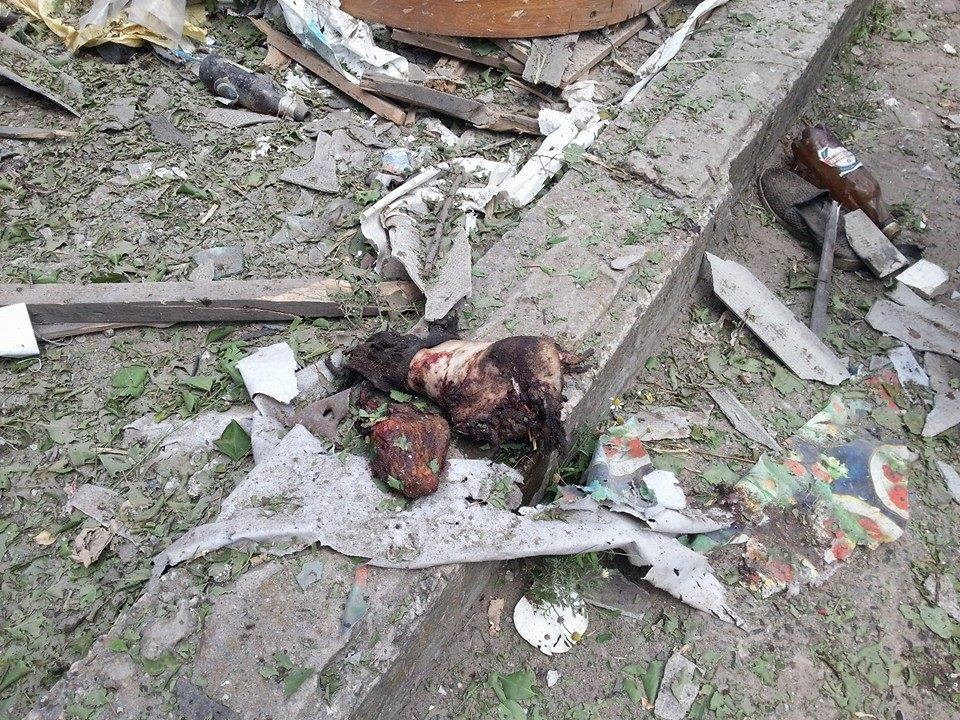 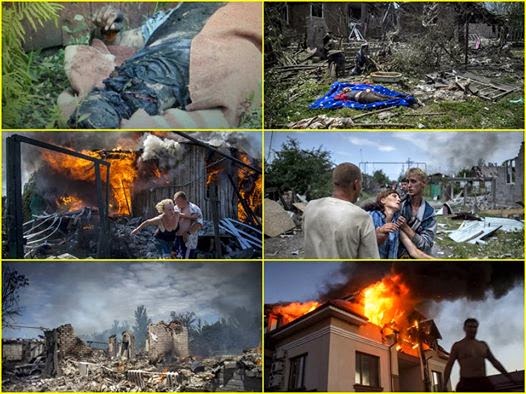