US imports oil from VENEZUELA 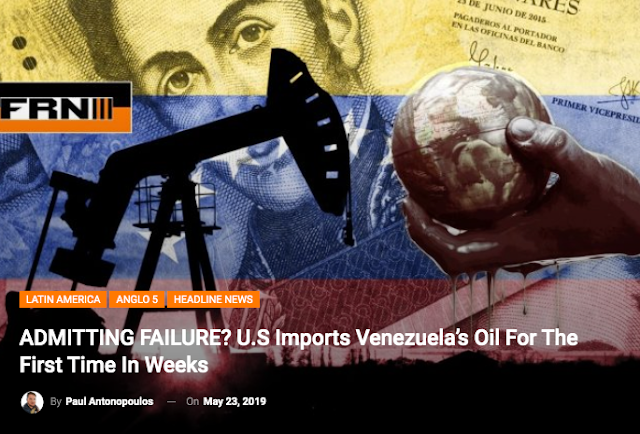 The United States recorded an increase in Venezuela’s crude oil imports for the first time in weeks, receiving an average of 49,000 barrels per day (bpd) in the week ending May 17, the US Energy Information Administration (EIA) reported.
The EIA reported that there were no imports of crude oil from Venezuela during the previous week, which ended May 10, compared to 352,000 barrels per day (bpd) during the same period last year, and 585,000 bpd in 2017.

Washington’s sanctions have impacted Venezuelan oil exports, but haven’t crippled them completely. The decline in Venezuela’s oil exports, along with production cuts by OPEC+ countries, has led to a rise in oil prices. The US claims that the sanctions were imposed in order to force elected President Nicolas Maduro, who is struggling to lead his country out of a political crisis amid economic problems, to resign.The United States has imposed several rounds of sanctions against Venezuela in response to political developments in the South American country. On January 28, Washington announced the adoption of sanctions against state oil company Petroleos de Venezuela (PDVSA), blocking assets of $7 billion, remaining under US jurisdiction. According to the White House forecast, the Venezuelan company will lose another $11 billion in supplies, as Washington has also introduced a ban on doing business with PDVSA.
The White House has also imposed sanctions against Russian oil producers, cutting them off from US-made equipment and some foreign investment, claiming that Moscow was behind the Ukrainian crisis in 2014 and meddled in the 2016 US presidential elections. Russia has denied all the accusations, pointing to a lack of evidence.
The US also plans to impose sanctions against Russia’s major Nord Stream 2 gas project in Europe in a bid to persuade the EU to switch to other energy sources, such as American liquefied natural gas (LNG).


The US has rapidly increased its oil imports from Russia, with a total of 13 tankers carrying five million barrels of crude and oil products arriving in the first half of May amid dropping Venezuelan crude production due to Washington’s sanctions, Bloomberg reported, citing Caracas Capital Markets managing partner Russ Dallen. The latter described Russia’s crude export as being “on steroids”, stating that the import of Russian oil by American refineries is set to triple.
At the same time.... Sputnik's servers are down currently 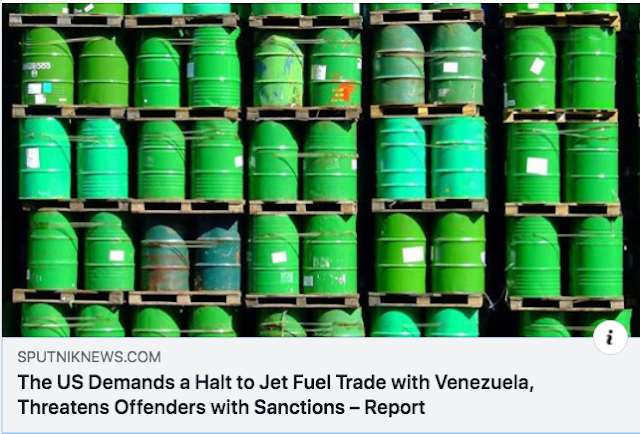 https://l.facebook.com/l.php?u=https%3A%2F%2Fsptnkne.ws%2Fm4Yz%3Ffbclid%3DIwAR1gBus_I5gt7O4pR3ztZJgdovUXa6beeyQ5vVsmLqi8ODL1XpM1r1NRZwg&h=AT1w9slT9zkHcScF7G3lAoDhNlpr24bz8W-lQoyaMKzAuuHAA4Ry0OpXC5LPc-ddpPd_T8UHKXKxsFIrvlBoXL9Ph36OeQu6j_rfUxza0zqdtThhNJ0v4RlSkaXbMZMx6zCjLzJ8G5BXWAun6_JO6iwv2QP0DAhw6s_8-wsBhZmQthB8jzsLfdM
Posted by seemorerocks at 18:52