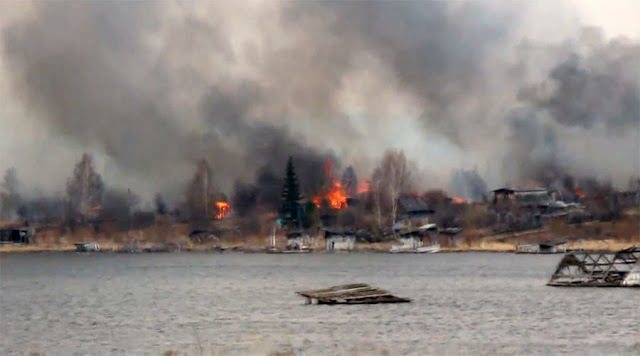 Rescuers have managed to save all the residents of a Russian village before the settlement located on an island in Irkutsk Region burned to the ground. The spread of wildfires across Siberia has prompted authorities to declare a state of emergency.

Hundreds of people were trapped in the village of Bubnovka surrounded by water as a massive fire was ripping through their homes. Luckily for some 435 residents, local Emergencies Ministry staff were conducting anti-flood drills in the area and rapidly reacted to the incident.


Responding the distress call, they rushed to the scene to evacuate the villagers. Using an air cushion rescue boat, the responders brought people to safety. No one was harmed. 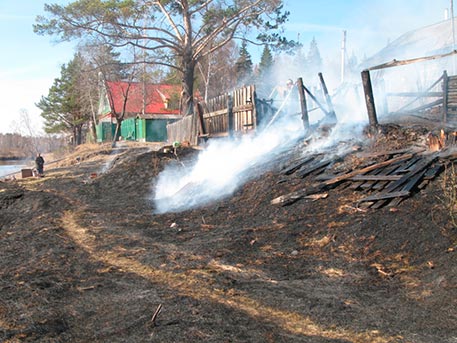 9:30 AM - 29 Apr 2017
Despite efforts by the local team of firefighters, the entire village of 86 houses burned down in the suspected wildfire, the governor’s press service told RIA Novosti.

“It was impossible to bring additional [firefighting] forces because of the fact that Bubnovka is located on the island. Gusty winds contributed to the spread of fire,” the governor’s office said.

The Investigative Committee, however, has opened a criminal case to see if any negligence was involved.

“According to the investigation, the fire occurred on the territory of the non-residential sector in the village of Bubnovka in the Kirensky district. Because of the strong wind, the fire spread to the entire village,” authorities said in a statement, adding that they will also assess “the actions of officials of the [local] administration.”

The recent spread of wildfires in Siberia has prompted authorities to declare a state of emergency across the entire federal district.

“We are introducing an emergency regime for all government bodies and forces of the Unified Russian System for Preventing and Eliminating Emergencies in the Siberian Federal District,” the head of Russia’s Emergencies Ministry, Vladimir Puchkov, announced Friday.

The state of emergency had already been declared in Irkutsk Oblast, as three separate areas of the region were suffering from massive wildfires.

According to the Emergencies Ministry, as a result of the suspected careless handling of the fires, the flames spread to residential houses and buildings in five settlements, destroying at least 78 houses and a convenience store.

“Almost 1,500 hectares of forest are burning on the territory of Siberia,” including Irkutsk, Krasnoyarsk and Zabaykalsky regions, as well as Tuva and Buryatia republics, the federal agency said.

Posted by seemorerocks at 17:05