India, along with areas of Africa, are burning up

According to this the hottest temperature recorded is 54.4C measured in la Mafa in Samoa. It would be nice to confirm this

Heat wave brought on by an anticyclone build-up is likely to dissipate soon. 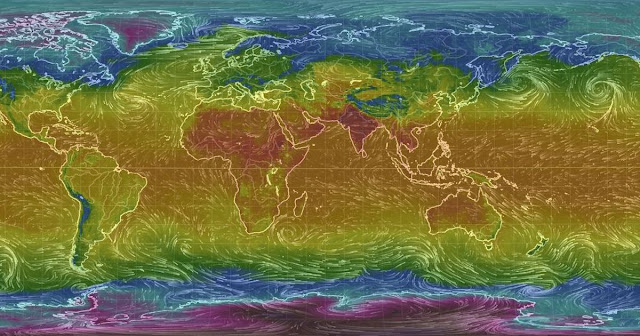 April in the Indian subcontinent is usually a sultry month. With the hard, punishing heat of May just around the corner, temperatures across the region tend to soar. But this April might be a special one – an anticyclone building up across the country has resulted in the subcontinent becoming what seems to the hottest region in the world.

As this screengrab of a live temperature map by Earth Nullschool shows, other regions at this latitude, which are exposed to a similar degree of sunlight, are also sweltering, but none as much as India and Pakistan.


However, this map might actually be somewhat misleading. Since it is a live temperature recording, it is likely that another screengrab taken at night might show a different picture. This map from El Dorado that records all high temperatures of the same day shows that it is not just South Asia, but also large swathes of central and northern Africa that are burning up. 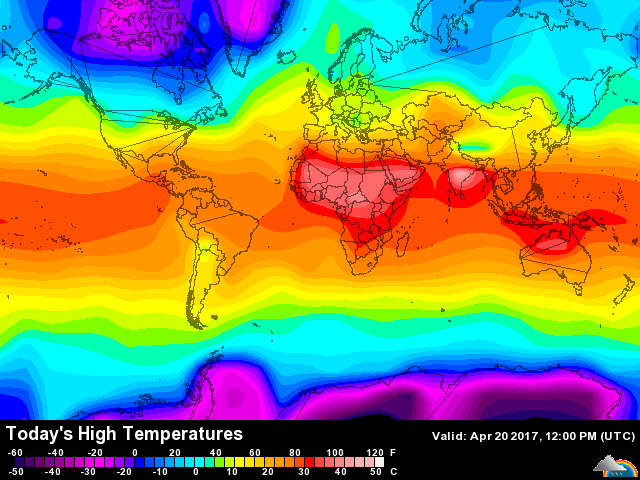 In terms of numbers, how does this stack up? The hottest recorded temperature in the world on April 20 was not in South Asia or even in Africa. It was in the middle of the Pacific Ocean, at Le Mafa in Samoa, which experienced a scorching 54.5 degrees Celsius. Sibi in Pakistan, the next highest after Samoa, was almost six degrees cooler at 48.1 degrees. India’s highest, recorded at Chandrapur in eastern Maharashtra, was 46.2 degrees. 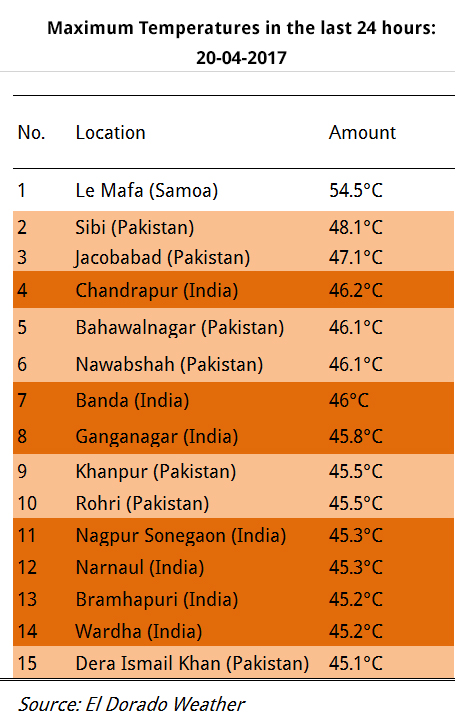 While it is too early for scientists to analyse weather data for April, the National Aeronautics and Space Administration on Tuesday announced that March 2017 was the second hottest March on record. The hottest was March 2016. Not that we need another reminder, but nine of the 10 warmest years on global record have been after the year 2000. 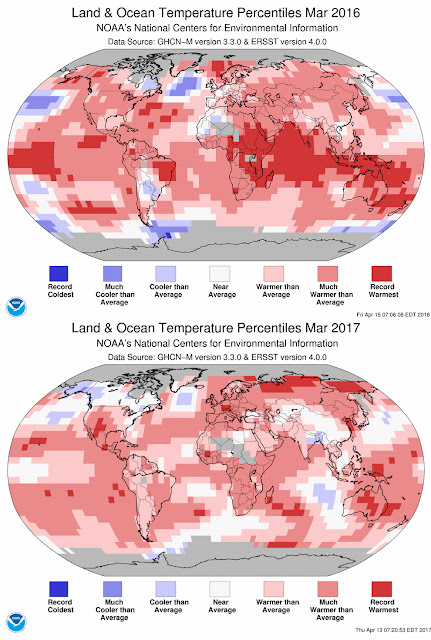 Large parts of India, as is evident so far, have borne the brunt of heat waves since the end of March. This particular heat wave began on April 17. Temperatures over 40 degrees Celsius were recorded in most parts of Rajasthan, Madhya Pradesh, Jharkhand, Vidarbha and Marathwada. There were also severe heat wave conditions in Jammu and Kashmir, Himachal Pradesh, Punjab and north Rajasthan.

None of this is entirely unexpected. The India Meteorological Department had predicted a hotter than usual summer back in March, before temperatures began to rise. It began to be able to predict heat waves only in 2016. This particular heat wave is likely to dissipate by April 20.

The reason for this heat wave is yet to be established, said AK Sahai, scientist at the Indian Institute of Tropical Meteorology in Pune.

“Of course one of the reasons is global warming, but on the seasonal scale, we cannot say,” Sahai said. “On a weather scale, an anticyclone might affect this, but it will develop today and dissipate tomorrow. There may also be other reasons such as wind patterns.”

Few casualties have been reported so far. The Maharashtra government has recorded at least nine deaths due to sunstroke in the last month. These deaths are of those people who managed to reach a government hospital for treatment before succumbing. The government does not seem to have a protocol in place to count those who did not die at government hospitals.

As Scroll.in has repeatedly reported, heat waves are natural disasters, just like earthquakes or cyclones. They cannot be prevented but the hazard to human and animal life can be mitigated. Until all states dedicatedly begin to implement Heat Action Plans, preventable deaths will continue to occur.

Said Sahai, “We cannot prevent high temperature but if we know in advance we can mitigate its effects.”

Posted by seemorerocks at 14:35