US largely defenseless to EMP attack from space

I do not believe that tiny North Korea is a threat to the United States any more than other countries that it has invaded and/or bombed back to the Stone Age.


Kim’s regime might be paranoid but they are not suicidal and any response, such as the one described below, will be a direct response to US (and allies’) aggression. 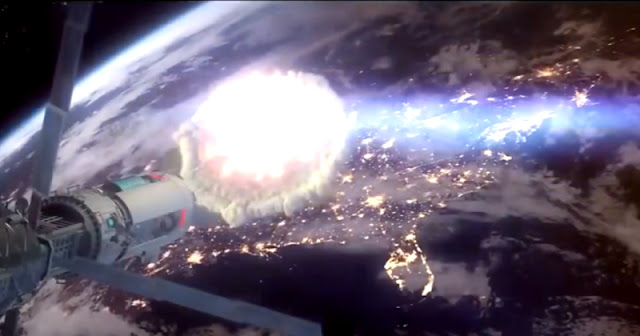 Launched from a satellite, a small nuclear warhead only needs to explode 300 miles above the Earth to knock out a power grid – and the US is largely defenseless to such an EMP attack North Korea could potentially deliver.

And if a power grid goes down completely, it’ll take critical, life-sustaining systems down with it: mass infrastructure for banks, hospitals, communications, food, water and the Internet could be disrupted for a year, if not outright destroyed.

Right now, an EMP attack by North Korea poses a potentially greater threat to the US than an intercontinental ballistic missile – and the hermit kingdom already orbited its KMS-3 satellite over the U.S. in 2012.

It’s currently unknown if North Korea has a warhead small enough for a satellite, however, its space program shows more promise than its development of ICBMs.

North Korea claims its space program is designed to provide agricultural images to improve its crop yields; but the country is small enough that aircraft could do the same with greater flexibility; satellites are only useful to vast nations like Russia.

In fact, the KMS-3 made several passes above Russia and the US, but not North Korea:

And remember, North Korea operates on a “military first” policy.  Why would it override that policy for just satгellites?

Jim Oberg, who is perhaps the only western spaceflight engineer to visit North Korea, warned that North Korea’s Sohae launch site is geographically suitable for launching satellites to orbit above America’s East Coast.

“On the very first pass around Earth, after crossing near Antarctica, the satellite tracks northwards off the west coast of South America, over the Caribbean, and right up the US East Coast,” he wrote. “Sixty-five minutes after launch, it’s passing a few hundred miles west of Washington DC, and with a minor steering adjustment during launch it could pass right overhead.”

“What might be inside that half-ton package [in the satellite] is literally anybody’s guess.”

The US, however, is behind Russia, China, Israel and even Iran in EMP preparedness.