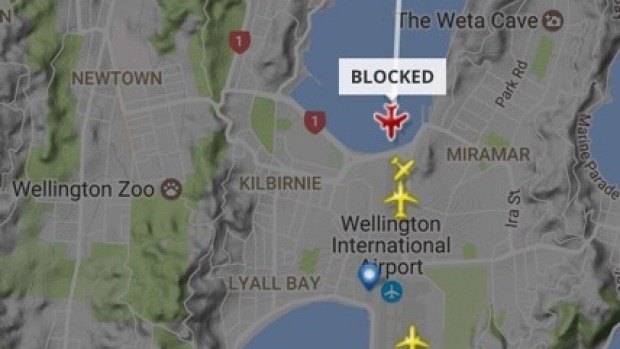 A jet with blocked details landed at Wellington Airport on Monday evening.

A Gulfstream jet with blocked credentials has flown into Wellington Airport, according to an online aircraft tracker.

FlightRadar24 showed the jet arriving in the capital on Monday evening.

It is not known why the aircraft is in Wellington, but it follows a weekend of clandestine activity in the country.

On Saturday a jet with the tail number – five small, black digits on the back of the plane – belonging to the Central Intelligence Agency, also known as the CIA, was seen parked at the capital's airport.

And on Sunday, FBI director James Comey​ flew into Queenstown on a Gulfstream jet ahead of a top-secret meeting said to involve numerous international spy agencies. 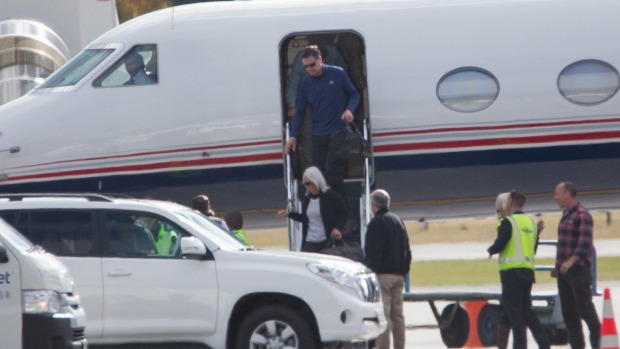 Prime Minister Bill English was staying mum on which Five Eyes' security bosses were visiting Queenstown at the moment, though he did confirm it was indeed them – and that he would be meeting them there later in the week.

He was equally reticent about why the official US plane had flown to Invercargill, other than to say "it was probably a more attractive destination" and that it was unfortunate they didn't have to drive through his hometown of Dipton to get there.

Wellington Airport could not be reached for comment on Monday. 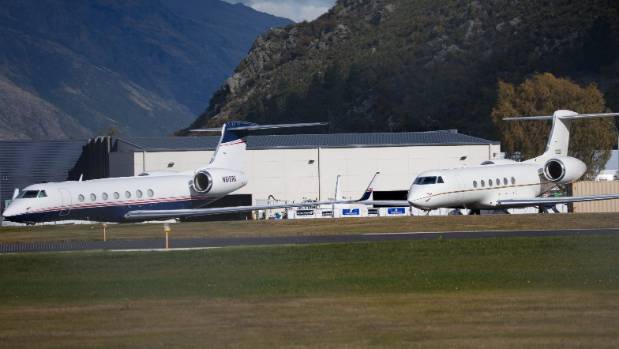 FBI director James Comey has arrived in Queenstown ahead of a top-secret meeting said to involve numerous international spy agencies.

A large number of men and women were spotted stepping off a private jet which landed at Queenstown airport on Sunday morning.

The jet was followed by a Gulfstream Aerospace, with a registration number associated with the CIA, the NZ Herald reported.

FBI director James Comey arrives in Queenstown where a top-secret meeting of the Five Eyes nations is being held.

The distinctively tall Comey stepped off the second plane and into an awaiting security vehicle.

It is believed the meeting is associated with the Five Eyes spy alliance, comprising the US, the UK, Canada, Australia and New Zealand.

Officials from some of the world's top spy agencies, including the FBI and CIA, are in Queenstown for a meeting at Millbrook Resort.

Prime Minister Bill English told Radio New Zealand on Monday the meeting was one of the alliance's regular meetings and would cover combating terrorism.

CIA director Mike Pompeo was also believed to be attending the conference.

Comey entered the international spotlight last year when, a week before the US presidential election, he announced the FBI had obtained new information relating to an investigation into then front-runner Hillary Clinton.

Officials arrive in Queenstown for a top-secret meeting associated with the Five Eyes spy alliance.

It was widely seen as a decision which may have tipped the election in Donald Trump's favour.

The New York Times on Saturday (US time) reported at length on Comey's influence on the election
Posted by seemorerocks at 12:53