Again, taking only greenhouse emissions, and not positive feedbacks already unleashed, this is very conservative.

By 2047, Coldest Years May Be Warmer Than Hottest in Past, Scientists Say 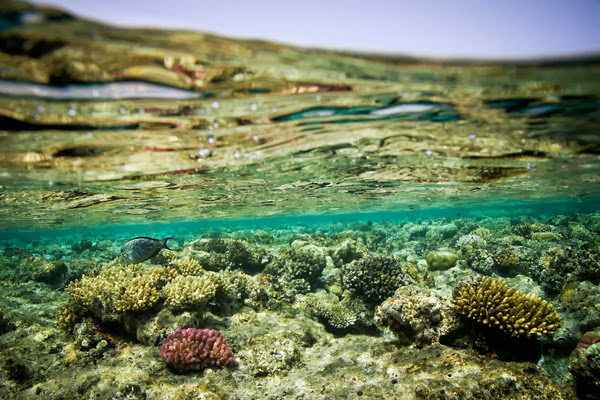 If greenhouse emissions continue their steady escalation, temperatures across most of the earth will rise to levels with no recorded precedent by the middle of this century, researchers said Wednesday.


Scientists from the University of Hawaii at Manoa calculated that by 2047, plus or minus five years, the average temperatures in each year will be hotter across most parts of the planet than they had been at those locations in any year between 1860 and 2005.


To put it another way, for a given geographic area, “the coldest year in the future will be warmer than the hottest year in the past,” said Camilo Mora, the lead scientist on a paper published in the journal Nature.


Unprecedented climates will arrive even sooner in the tropics, Dr. Mora’s group predicts, putting increasing stress on human societies there, on the coral reefs that supply millions of people with fish, and on the world’s greatest forests.


According to research, temperatures beyond historical bounds will increase stress on rain forests like those in Brazil.


“Go back in your life to think about the hottest, most traumatic event you have experienced,” Dr. Mora said in an interview. “What we’re saying is that very soon, that event is going to become the norm.”


The research comes with caveats. It is based on climate models, huge computer programs that attempt to reproduce the physics of the climate system and forecast the future response to greenhouse gases. Though they are the best tools available, these models contain acknowledged problems, and no one is sure how accurate they will prove to be at peering many decades ahead.


The models show that unprecedented temperatures could be delayed by 20 to 25 years if there is a vigorous global effort to bring emissions under control. While that may not sound like many years, the scientists said the emissions cuts would buy critical time for nature and for human society to adapt, as well as for development of technologies that might help further reduce emissions.


Other scientists not involved in the research said that slowing emissions would have a bigger effect in the long run, lowering the risk that the climate would reach a point that triggers catastrophic changes. They praised the paper as a fresh way of presenting information that is known to specialists in the field, but not by the larger public.


“If current trends in carbon dioxide emissions continue, we will be pushing most of the ecosystems of the world into climatic conditions that they have not experienced for many millions of years,” said Ken Caldeira, a climate researcher at the Carnegie Institution for Science in Stanford, Calif.


The Mora paper is a rarity: a class project that turned into a high-profile article in one of the world’s most prestigious scientific journals.


Dr. Mora is not a climate scientist; rather he is a specialist in using large sets of data to illuminate environmental issues. He assigned a class of graduate students to analyze forecasts produced by 39 of the world’s foremost climate models. The models, whose results are publicly available, are operated by 21 research centers in 12 countries, and financed largely by governments.


Thousands of scientific papers have been published about the model results, but the students identified one area of analysis that was missing. The results are usually reported as average temperature changes across the planet. But that gives little sense of how the temperature changes in specific places might compare with historical norms. “We wanted to give people a really relatable way to understand climate,” said Abby G. Frazier, a doctoral candidate in geography.


So Dr. Mora and his students divided the earth into a grid, with each cell representing 386 square miles. Averaging the results from the 39 climate models, they calculated a date they called “climate departure” for each location — the date after which all future years were predicted to be warmer than any year in the historical record for that spot on the globe.


The results suggest that if emissions of greenhouse gases remain high, then after 2047, more than half the earth’s surface will experience annual climates hotter than anything that occurred between 1860 and 2005, the years for which historical temperature data and reconstructions are available. If assiduous efforts were made to bring emissions down, that date could be pushed back to 2069, the analysis found.


With the technique the Mora group used, it is possible to specify climate departure dates for individual cities. Under high emissions, climate departure for New York City will come in 2047, the paper found, plus or minus the five-year margin of error. But lower emissions would push that to 2072.


Perhaps the most striking findings are in the tropics. Climate variability there is much smaller than in high latitudes, and the extra heat being trapped by greenhouse gases will push the temperature beyond historical bounds much sooner, the research found. Under high emissions, the paper found a climate departure date of 2031 for Mexico City, 2029 for Jakarta and for Lagos, Nigeria, and 2033 for Bogotá, Colombia.


Many people perceive climate change to be most serious at the poles, and the largest absolute changes in temperature are already occurring in the Arctic and parts of Antarctica. But the Mora paper dovetails with previous research suggesting that the biggest risks to nature and to human society, at least in the near term, may actually be in the tropics.


People living in the tropics are generally poor, with less money to adapt to climate change than people in the mid-latitude rich countries that are burning the most carbon-based fuels and contributing most of the emissions. Plants and animals in the tropics also are accustomed to a narrow temperature range. Organisms that do not have the genetic capacity to adapt to rapid climatic changes will be forced to move, or will be driven to extinction, climate scientists say.

“I am certain there will be massive biological and social consequences,” Dr. Mora said. “The specifics, I cannot tell you.”
Posted by seemorerocks at 19:29