What could ignite a fire like that in a wet bog? My bet is on methane emissions 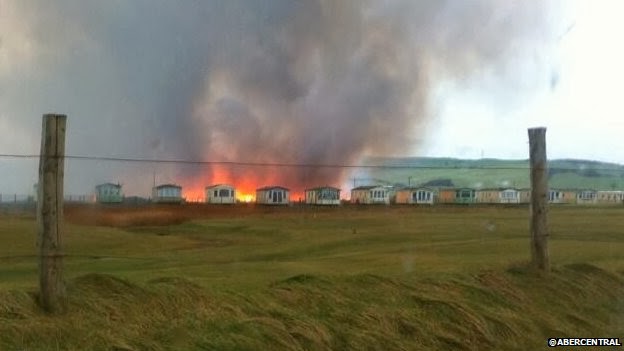 
A fire on bogland is out after dramatic scenes earlier of flames and smoke billowing over a nearby coastal village.

Fire crews were called at 05:20 GMT on Friday and allowed the blaze, which covered about a hectare (2.5 acres), to burn itself out by early afternoon.

Resident Bryn Jones said the scene was "incredible" given the wet weather.

The cause of the fire is not yet known but is being investigated. 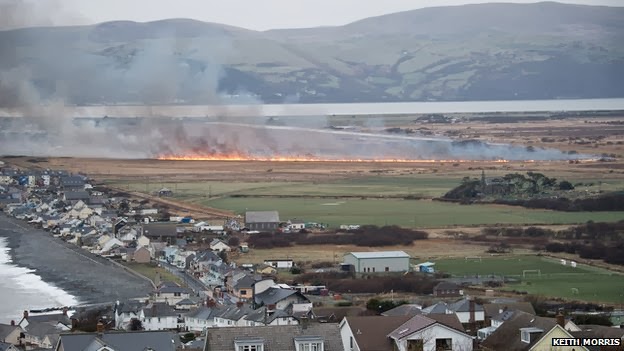 Natural Resources Wales, which leases the land from the RSPB, said the fire appeared to have been restricted to surface grass rather than the peat.

The Ceredigion coast has borne the brunt of the bad weather in recent times, with buildings damaged by high winds this week.

The seafront at Aberystwyth needed repairs after taking a battering from stormy seas in January.

During the height of the fire, resident Mr Jones said: "You can see flames and smoke along the back of the village."