A farewell to arms 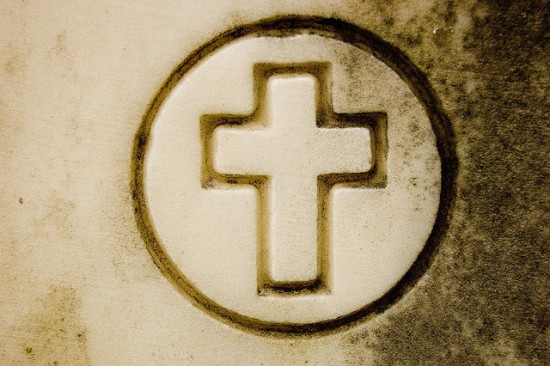 In previous essays in this space I have mentioned two phenomena worth fighting for: the living planet and freedom based in anarchy. I surrender. I no longer believe the struggle matters on either front.

I no longer think we’ll save the remaining shards of the living planet beyond another human generation. We’ll destroy every — or nearly every – species on Earth when the positive feedbacks associated with climate change come seriously into play (and I’ve not previously considered the increasingly dire prospects of  methane release from Antarctica or the wildfire-induced release of carbon from Siberian peat bogs). Due to numerous positive feedbacks, climate change hasbecome irreversible over temporal spans relevant to humans. Such is the nature of reaching the acceleration phase of the nonlinear system that is climate catastrophe.

The climate-change data, models and assessments keep coming at us, like waves crashing on a rocky, indifferent beach. The worst drought in 800 years in the western United States is met by levels of societal ignorance and political silence I’ve come to expect. I would be stunned if this valley — or any other area in the interior of a northern-hemisphere continent — will provide habitat for humans five years from now. And climate change is only part of the story.

My trademark optimism vanishes when I realize that, in addition to climate chaos, we’re on the verge of tacking on ionizing radiation from the world’s 444 nuclear power plants. Let’s ignore for now the radioactive waste we’ve left lying around without a plan or already dumped into theworld’s oceans. When we choke on our own poison, we’ll be taking the whole ship down with us, spewing a global blanket of radiation in the wake of collapse. Can we kill every single species on Earth? Apparently we’re willing to give it a try, and I will not be surprised by our “success” at this omnicidal endeavor.

Onto anarchy. Few people understand what it is, and even fewer support it. As a product of cultural conditioning, the typical American confuses anarchy with chaos or, worse yet, terrorism. Considering the near-term exit of Homo sapiens from this planet, it seems a bit ridiculous of me to express concern about living outside the absurdity that has become mainstream.

Color me non-judgmental. Minor efforts to sound the alarm, including my own, fade to insignificance when compared to the juggernaut of global imperialism. These efforts have long been irrelevant; it’s my awakening that is new.

We had an opportunity to return to our tribal roots, as others have done when civilizations collapsed. Consider, for example, the survivors from the Olmec, Chaco and Mimbres cultures, all of whom chose tribalism when civilization failed. Tribalism worked for two million years in a diverse array of situations. It worked before and after civilizations arose in specific regions. For many decades, our version of civilization has been successful only for a few individuals of one species, yet we keep tinkering with the system long after it’s failed.
Despite considerable evidence to the contrary, we’ve come to believe industrial civilization is the only way to live. As we’ll soon discover, it’s the only way to die, at least at the level of our species.

Lest I am misunderstood, I’m not suggesting we quit. Giving up is not giving in: Accepting our fate is not synonymous with jumping into the absurdly omnicidal mainstream. Just because we’re opossums on the roadway doesn’t mean we should play possum. Resistance is fertile, after all. To employ a bit of The Boss: “In the end what you don’t surrender, well the world just strips away.”

Or, to employ a bit of Zen: Let go, or be dragged.

Or, to employ a bit of popular culture: Carpe diem.

Or, to employ a bit of Nietzsche: “Live as though the day were here.”


I will no longer judge people for buying into cultural conditioning. It’s far easier to live in a city, at the height of civilization’s excesses, than not. I know how easy it is to live in a city surrounded by beautiful distractions and pleasant interactions, and I fully understand the costs and consequences of dwelling there, as well as the price to be paid in the near future. I spent about half my life in various cities, and I understand the physical ease and existential pain of living at the apex of empire. Also, I know all about the small joys and great pains associated with living in the country. I spent the other half of my life in the country and in towns with fewer than 1,000 people. I understand why the country bumpkin is assigned stereotypical labels related to ignorance and, paradoxically, self-reliance.

It’s clearly too late to tear down this irredeemably corrupt system and realize any substantive benefits for humans or other organisms. And yet I strongly agree with activist Lierre Keith: “The task of an activist is not to navigate systems of oppressive power with as much personal integrity as possible; it is to dismantle those systems.”


Our remaining time on this orb is too short to cast aspersions at those who live differently from ourselves, as most people in industrialized countries have done throughout their lives. Most people in the industrialized world became cultural crack babies in the womb. There is little hope to break the addiction of ingestion at this late point in the era of industry, and I’m throwing in the towel on changing the minds of typically mindless Americans. No longer will I try to convince people to give up the crack pipe based on my perception of morality reality. I’ll no longer recommend to others the path I’ve taken.

Nietzsche’s comment about seizing the day, every day, brings to mind the final words of Joseph Campbell’s 1949 The Hero with a Thousand Faces:

It is not society that is to guide and save the creative hero, but precisely the reverse. And so every one of us shares the supreme ordeal — carries the cross of the redeemer — not in the bright moments of his tribe’s great victories, but in the silences of his personal despair.

With the preceding dire news in mind, it would be easy to forget how fortunate we are. After all, we get to die. That simple fact alone is cause for celebration because it indicates we get to live. As I wrote more than five years ago, our knowledge of DNA assures us that the odds any one of us existing are greater than the odds against being a particular grain of sand on all the world’s beaches. No, the odds are much greater than that: they exceed the odds of being a single atom plucked from the entire universe.


To quote evolutionary biologist Richard Dawkins, “In the teeth of these stupefying odds it is you and I that are privileged to be here, privileged with eyes to see where we are and brains to wonder why.”
– Guy McPherson, Transition Voice

Posted by seemorerocks at 12:20