Greenhouse gasses - why we're in the shit

Thank you Kirk Norring!! This is the article I’ve been looking for.


It illustrates why we’re in such deep doo-dah.

Climate Change: The 40 Year Delay Between Cause and Effect 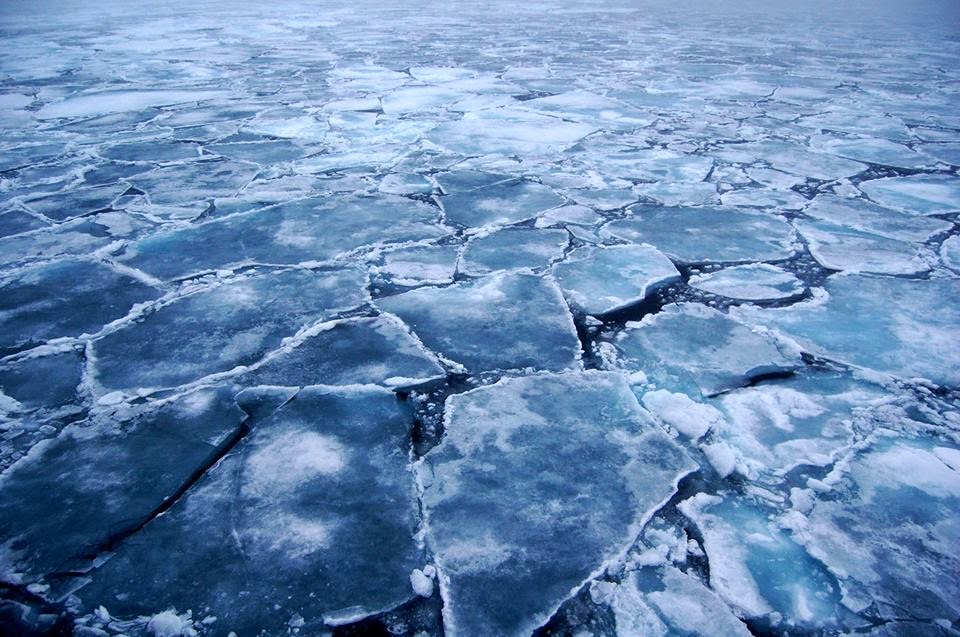 Following the failure to reach a strong agreement at the Copenhagen conference, climateskeptics have had a good run in the Australian media, continuing their campaigns of disinformation. In such an atmosphere it is vital that we articulate the basic science of climate change, the principles of physics and chemistry which the skeptics ignore.
The purpose of this article is to clearly explain, in everyday language, the two key principles which together determine the rate at which temperatures rise. The first principle is the greenhouse effect of carbon dioxide and other gases. The second principle is the thermal inertia of the oceans, sometimes referred to as climate lag. Few people have any feel for the numbers involved with the latter, so I will deal with it in more depth.

The greenhouse effect takes its name from the glass greenhouse, which farmers have used for centuries, trapping heat to grow tomatoes and other plants that could not otherwise be grown in the colder regions of the world. Like glass greenhouses, greenhouse gases allow sunlight to pass through unhindered, but trap heat radiation on its way out. The molecular structure of CO2 is such that it is “tuned” to the wavelengths of infrared (heat) radiation emitted by the Earth’s surface back into space, in particular to the 15 micrometer band. The molecules resonate, their vibrations absorbing the energy of the infra-red radiation. It is vibrating molecules that give us the sensation of heat, and it is by this mechanism that heatenergy is trapped by the atmosphere and re-radiated to the surface. The extent to which temperatures will rise due to a given change in the concentration of greenhouse gases is known as the “climate sensitivity,” and you may find it useful to search for this term when doing your own research.
Most principles of physics are beyond question because both cause and effect are well understood. A relationship between cause and effect is proved by repeatable experiments. This is the essence of the scientific method, and the source of knowledge on which we have built our technological civilization. We do not question Newton’s laws of motion because we can demonstrate them in the laboratory. We no longer question that light and infrared radiation are electromagnetic waves because we can measure their wavelengths and other properties in the laboratory. Likewise, there should be no dissent that CO2 absorbs infrared radiation, because that too has been demonstrated in the laboratory. In fact, it was first measured 150 years ago by John Tyndall [i] using a spectrophotometer. In line with the scientific method, his results have been confirmed and more precisely quantified by Herzberg in 1953, Burch in 1962 and 1970, and others since then.
Given that the radiative properties of CO2 have been proven in the laboratory, you would expect them to be same in the atmosphere, given that they are dependent on CO2’s unchanging molecular structure. You would think that the onus would be on the climateskeptics to demonstrate that CO2 behaves differently in the atmosphere than it does in the laboratory. Of course they have not done so. In fact, since 1970 satellites have measured infrared spectra emitted by the Earth and confirmed not only that CO2 traps heat, but that it has trapped more heat as concentrations of CO2 have risen.

The above graph clearly shows that at the major wavelength for absorption by CO2, and also at wavelength for absorption by methane, that less infrared was escaping in to space in 1996 compared to 1970.
After 150 years of scientific investigation, the impact of CO2 on the climate is well understood. Anyone who tells you different is selling snakeoil.

The Thermal Inertia of the Oceans

If we accept that greenhouse gases are warming the planet, the next concept that needs to be grasped is that it takes time, and we have not yet seen the full rise in temperature that will occur as a result of the CO2 we have already emitted. The Earth’s average surface temperature has already risen by 0.8 degrees C since 1900. The concentration of CO2 in the atmosphere is increasing at the rate of 2 ppm per year. Scientists tell us that even if CO2 was stabilized at its current level of 390 ppm, there is at least another 0.6 degrees “in the pipeline”. If findings from a recent study of Antarctic ice cores is confirmed, the last figure will prove to be conservative [ii]. The delayed response is known as climate lag.
The reason the planet takes several decades to respond to increased CO2 is the thermal inertia of the oceans. Consider a saucepan of water placed on a gas stove. Although the flame has a temperature measured in hundreds of degrees C, the water takes a few minutes to reach boiling point. This simple analogy explains climate lag. The mass of the oceans is around 500 times that of the atmosphere. The time that it takes to warm up is measured in decades. Because of the difficulty in quantifying the rate at which the warm upper layers of the ocean mix with the cooler deeper waters, there is significant variation in estimates of climate lag. A paper by James Hansen and others [iii] estimates the time required for 60% of global warming to take place in response to increased emissions to be in the range of 25 to 50 years. The mid-point of this is 37.5 which I have rounded to 40 years.
In recent times, climate skeptics have been peddling a lot of nonsense about average temperatures actually cooling over the last decade. There was a brief dip around the year 2000 following the extreme El Nino event of 1998, but with greenhouse emissions causing a planetary energy imbalance of 0.85 watts per square metre [iv], there is inevitably a continual rising trend in global temperatures. It should then be no surprise to anyone that the 12 month period June 2009 to May 2010 was the hottest on record [v].
The graph below from Australia’s CSIRO [vi] shows a clear rising trend in temperatures as well as a rising trend in sea-level.

Implications of the 40 Year Delay

The estimate of 40 years for climate lag, the time between the cause (increased greenhouse gas emissions) and the effect (increased temperatures), has profound negative consequences for humanity. However, if governments can find the will to act, there are positive consequences as well.
With 40 years between cause and effect, it means that average temperatures of the last decade are a result of what we were thoughtlessly putting into the air in the 1960’s. It also means that the true impact of our emissions over the last decade will not be felt until the 2040’s. This thought should send a chill down your spine!
Conservative elements in both politics and the media have been playing up uncertainties in some of the more difficult to model effects of climate change, while ignoring the solid scientific understanding of the cause. If past governments had troubled themselves to understand the cause, and acted in a timely way, climate change would have been contained with minimal disruption. By refusing to acknowledge the cause, and demanding to see the effects before action is taken, past governments have brought on the current crisis. By the time they see those effects, it will too late to deal with the cause.
The positive consequence of climate lag is the opportunity for remedial action before the ocean warms to its full extent. We need to not only work towards reducing our carbon emissions to near zero by 2050, but well before then to begin removing excess CO2 from the atmosphere on an industrial scale. Biochar is one promising technology that can have an impact here. Synthetic trees, with carbon capture and storage, is another. If an international agreement can be forged to provide a framework for not only limiting new emissions, but sequestering old emissions, then the full horror of the climate crisis may yet be averted.

The clock is ticking. All of us who understand clearly the science of climate change, and its implications for humanity, should do what we can to inform the public debate. I wrote the original version of this article in February 2010 to help inform the Parliament of Australia. The letter was sent to 40 MPs and senators, and has received positive feedback from both members of the three largest parties. To find out more about this information campaign, and for extensive coverage of the science of climate change and its technological, economic and political solutions, please visit my web site at www.climatechangeanswers.org.