American Senators told that oil sands are linked to a huge spike in cancer, despite Canadian government claims 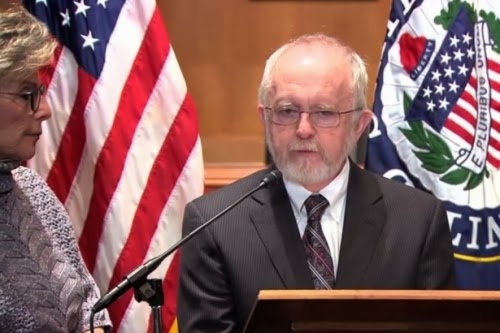 A northern Alberta doctor warned U.S. Senators on what he says have been the devastating health impacts of the tar sands on families – effects, he says, that have been willfully “ignored” by the Canadian and Alberta governments.

“I appeal to you to keep up the pressure – this is an ongoing tragedy.  A total disgrace,” said Dr. John O’Connor, Wednesday in Washington, D.C.


He sighted statistics for rare cancers – of the bile duct for example – that have shot up 400 times for what is considered normal for a tiny community, such as Fort Chipewyan – which is downstream, to the north of the oil sands.

“These are published, peer-reviewed studies that indicate that the government of Alberta and Canada have been lying, misrepresenting the impact of industry on the environment,” said O’Connor.

The Alberta government has long denied cancer links with the province's multi-billion-dollar crown energy jewel.  It states on its website that there is "insufficient evidence to link the incidence of cancer in Fort Chipewyan to oil sands operations" and rates of cancer are "within the expected range."


O'Connor finds that hard to believe.

“All of the scientific studies that have accumulated, it’s almost like they don’t exist,” he said.

A new study for example, shows Leukaemia and non-Hodgkin's lymphoma have spiked in the last 10 years -- especially among men who live downwind of pollution plumes from the oil, gas and tar sands facilities east of Edmonton.

The family physician was invited to brief two U.S. Senators who are against the proposed TransCanada Keystone XL pipeline – to carry bitumen from Alberta to Texas.

California Senator Barbara Boxer said the Alberta doctor is an important “witness” as to why the Keystone pipeline should be turned down, based on health concerns alone.

O'Connor said he came "with absolutely no political agenda" and simply as an “advocate for patients” because he feels his repeated calls for Canadian authorities to take precautionary health actions have been ignored.

“In my experience, when pressure is exerted outside Canada, the government reacts,” he said