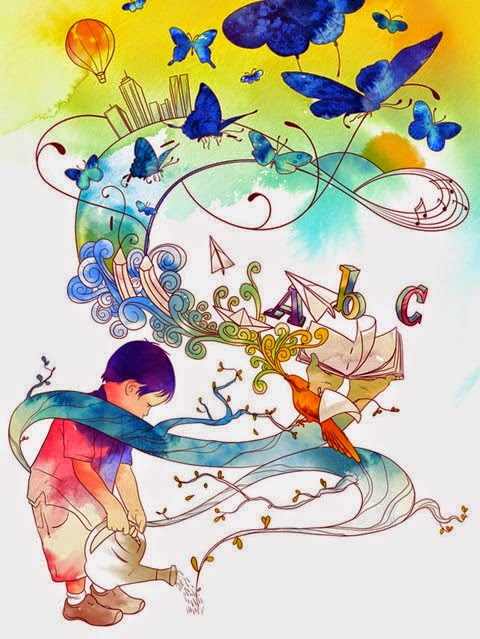 [Update for the rest of you: I've had smarter insects go splat on my windshield than these climate denialists whose comments I don't even bother reading. Do your best to learn to ignore them.]

[Update for climate change denialists: please save me the trouble of marking your comments as spam. This blog is not for the willfully ignorant or the scientifically illiterate, so a hearty good-bye to you all.]

The non-binding climate deal which the US and China just signed will allow the Earth's atmospheric carbon dioxide concentration to go to 500ppm and beyond by the end of the century, far past the current concentration of 400ppm. Historically, this concentration was sufficient to produce an ice-free Arctic, significantly higher ocean levels, and an environment unlikely to be able to sustain large human populations.

According to a November 2011 study published in Science, “On our current emissions path, CO2 levels in 2100 will hit levels last seen when the Earth was 29°F (16°C) hotter.” Scientists participating in the IPCC have warned that just a 4ºC rise will mean that “people won't be able to cope, let alone work productively, in the hottest parts of the year.”

In short, this deal does nothing to forestall a complete, total, unmitigated disaster that is likely to spell the end of agriculture, urbanized civilization, and may doom humans, along with most other large vertebrate species, to extinction.

At the same time, May Boeve, Executive Director of 350.org, had this to say: “It’s no coincidence that after the biggest climate mobilization in history, world leaders are stepping up their ambition on climate action. This announcement is a sign that President Obama is taking his climate legacy seriously and is willing to stand up to big polluters.”

Perhaps it is time to rename 350.org to something closer to reality. This organization has obviously lost its fight to limit atmospheric CO2 concentrations to 350ppm, and the fact that its leaders are claiming victory and want to continue the fight can only mean one thing: there never was a fight, just some of the usual useless politicking.

Against this backdrop of unmistakeable failure of environmentalism, there are actual reductions in carbon dioxide emissions taking place in the US—certainly too small to save us, but real nevertheless. The reason they are taking place is that the US economy is becoming increasingly hollowed out. At this rate, the US will not have much of an industrial economy left in the time frame addressed by this climate deal. Obama's willingness to sign it signals, among other things, a recognition of the ongoing economic collapse, and an assumption that it will only accelerate. His “2.3-2.8 percent per year on average” sets an optimistic upper bound on how slowly the US will collapse.

China's situation is rather different. In signing the climate deal, the Chinese played to a domestic audience that is increasingly upset by the environmental devastation it cannot possibly ignore, including filthy air, rivers full of dead pigs and other such wonders. At the same time, the Chinese leadership still sees economic growth as something that's required for it to maintain political stability, and economic growth in turn requires burning more fossil fuels.

Yes, there was talk of “renewables” such as wind and solar, but wind and solar installations are built and maintained using an industrial base that runs on fossil fuels. They only provide energy when it's sunny and/or windy and are incapable of providing for the constant base load that an industrialized society demands. There was also talk of “zero-carbon” energy sources such as nuclear, and the plan requires China to build an additional terawatt of nuclear power generation, but it must be kept in mind that nuclear power plants consume prodigious amounts fossil fuel energy during their decade-long construction phase, then pay it back while operating, but then continue to consume fossil fuel energy into the indefinite future—or melt down like Fukushima Daiichi in Japan.

Unlike the US, which, once the current, short-lived fracking bonanza is over, will go back to juggling resource depletion and economic collapse, China is building two massive natural gas pipelines to connect it to Russia's plentiful reserves which, unlike the very expensive “tight gas” produced in the US by fracking, can be produced quite cheaply. This may allow China's economy to continue growing for some time, and placate its population by reducing the urban smog problem through lessening its reliance on coal.

Thus, this climate deal seems to mean the following things:

1. The US is going to continue collapsing, and even the Obama administration takes this for granted and has set a safe upper bound on how slowly this collapse will unfold.

2. China will continue growing, gobbling up ever more reserves, until something breaks (which it will).

3. Climate activists in the US will continue tooting their horns, expecting us to believe that they have achieved something other than defeat.