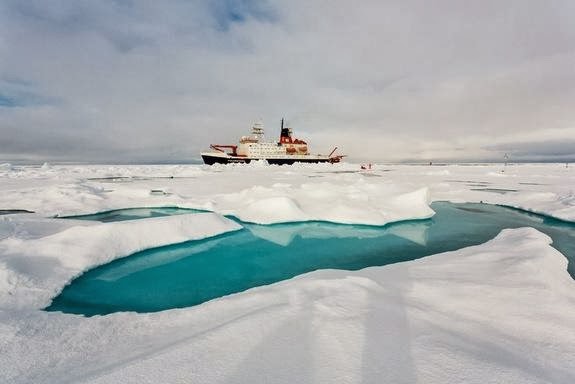 Let us first summarise the analysis of the basis for a carbon budget embedded in the Summary for Policymakers of the IPCC AR5 WG1:

* The adoption of a transient temperature response to cumulative carbon emissions, instead of the full equilibrium impact, allows a higher carbon output before the critical 2°C target is breached. No reference to the substitution is made in the text of the SPM.

* Treating the relationship between temperature response and cumulative carbon emissionsas a linear, straight-line function also inflates the available carbon budget by some 10 years’ worth of emissions at the current rate.

* Removal of all visual representation of the current value of the cumulative carbon emissions, reduces the clarity of the present situation.

* Limiting the extent of climatic response to the fast feedback (transient or ‘Charney’) dynamics masks dependency on the function of climate sensitivity. This hides uncertainty in the modelling ensemble at the expense of portraying a grossly underestimated temperature response and a massively inflated carbon budget.

Secondly we note the consequences of applying a robust value for the Earth System Sensitivity:

* The temperature response to the proposed ceiling of allowed carbon emissions is 5.4°C, not the 2°C indicated in the SPM.

* The temperature response to the current set of emission-reduction pledges is c. 10°C, not c. 4°C as indicated in the SPM.

* The temperature response to which we are already committed at the present level of cumulative carbon emission is 3.9°C (+ effect of non-CO2 GHG emissions) not 1.5°C implied in the SPM

* The budget of c. 300GtC of available carbon emission before breaching the 2°C policy target is seen to be an illusion. In reality the carbon account is already overdrawn by c.288GtC.

* All the above figures should be treated as conservative underestimates as we move from the stable conditions of the Holocene into the far-from-equilibrium, rapid change and enhanced sensitivity of the Anthropocene.

* Recognition of the sensitivity of global climate dynamics to small changes in average surface temperature implies that the degree of safety assumed in the policy target of limiting increase to no more than 2°C above the pre-industrial value, is a delusion.

* Avoiding dangerous climate change is no longer possible. Limiting its intensity requires restriction of the target temperature increase to no more than 1°C.

* Achieving that goal requires reduction in the atmospheric concentration of greenhouse gasses to around 310 ppm of CO2e (from the current value of some 450 ppm CO2e).

On these grounds the Summary for Policymakers of the IPCC AR5 WG1 should be rejected as not fit for the purpose of policy-making. It is a compromise between what is scientifically necessary and what is deemed to be politically and economically feasible. It is a document of appeasement, in active collusion with the global addiction to fossil sources of energy.

The paper is available HERE
·

Posted by seemorerocks at 18:57