UK storms reveal unexploded bombs
The endless parade of storms across Europe this winter have left flooding, damage and even a few deaths, but along the British coastline, another danger has been discovered. 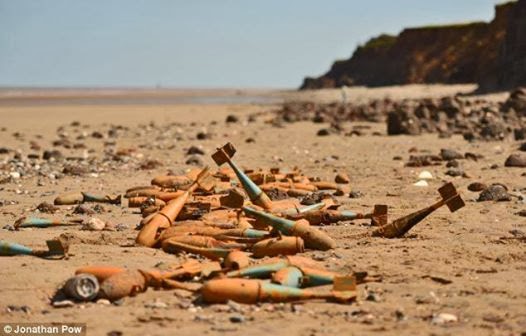 
Unexploded bombs have emerged from beneath beaches in southwestern England and western Wales, according to a Daily Mail report. A highly active winter season of heavy surf and damaging winds from storm systems battering the coast led to erosion which brought World War II bombs out of the sand.

The report also states that officials are worried the River Thames may see similar erosion that could expose more unexploded bombs dropped by the Luftwaffe in the early 1940s.

A Plymouth Herald report says six resurfaced bombs have been defused in the last six weeks along British beaches, and officials have warned citizens to stay away from any additional bombs they discover and call police immediately.

Along a beach in North Devon that was used to train soldiers for the D-Day invasion, an old pill box has been found following the storms, as well as other artifacts, the report added.

In London, it wasn't the rain that made weather headlines – it was the warm temperatures. According to Leon Brown, chief meteorologist for The Weather Channel UK, London reached a high temperature of 59 degrees Fahrenheit on Monday, making it the warmest day of the year for the city. London's February record high is 67 degrees, achieved on Feb. 13, 1998, Brown added.

The UK Met Office kept flood warnings in place as another storm system hit southern Wales and southwestern England. Thousands of properties have been flooded and many more have been evacuated during the relentless winter months. 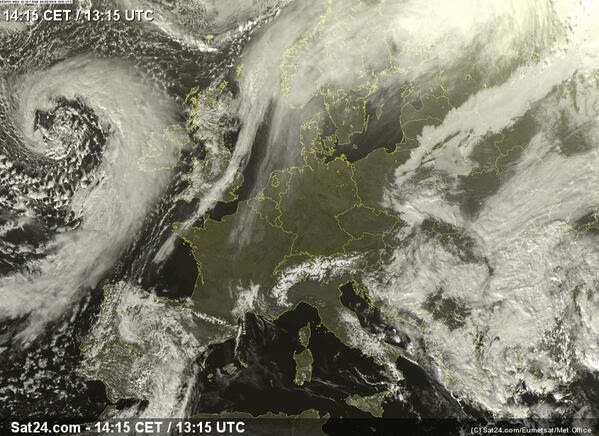 "The rain (Monday) night was not heavy enough to bring more flooding, but will just keep rivers at a high level," Brown said. "Overnight, there was 18 mm (0.7 in.) in parts of South Wales and up to 10 mm (0.4 in.) over southwestern England."

Another storm system is expected to strike Thursday, Brown said, which will bring as much as 200 percent of the normal rainfall for western parts of the UK.