Russian President Vladimir Putin has ordered an urgent military drill to test the combat readiness of the armed forces across western and central Russia. The drill included troops dealing with mock security and terrorist threats. 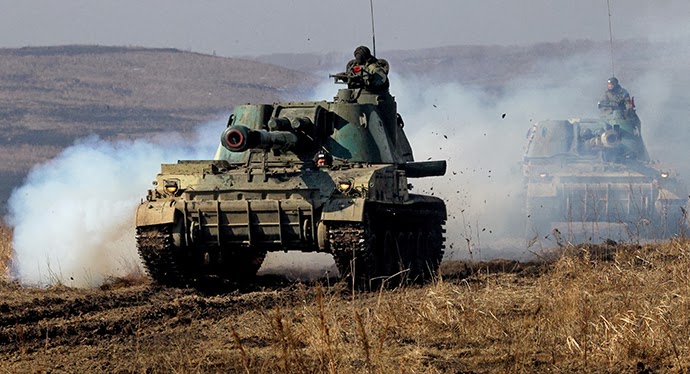 RT,
26 February, 2014
“The drills are not connected with events in Ukraine at all,” Sergey Shoigu, Russia’s Defense Minister, told journalists Wednesday.
As part of the test, several drills will be held on Russian borders with other countries, including with Ukraine. The main purpose of these drills is to check the combat readiness of the Russian armed forces, Shoigu said.
The surprise drill tested ground troops, Air Force, airborne troops and aerospace defense, according to Shoigu.
Putin ordered to “test combat readiness of troops in dealing with crisis situations that threaten the military security of the country, as well as with antiterrorist, sanitary and epidemiological, or technogenic situations,” Shoigu said.
According to the Defense Minister, the drill, which started at 14:00 GMT, will be held from February 26 until March 3 in two stages. The second stage involves an opposing-force exercise with the participation of Russia’s Northern and Baltic fleet and bomb strike drills.
Some 150,000 troops, 90 aircraft, over 120 helicopters, 880 tanks and 1,200 pieces of military hardware will be involved in the drills, deputy Defense Minister Anatoly Antonov said Wednesday. 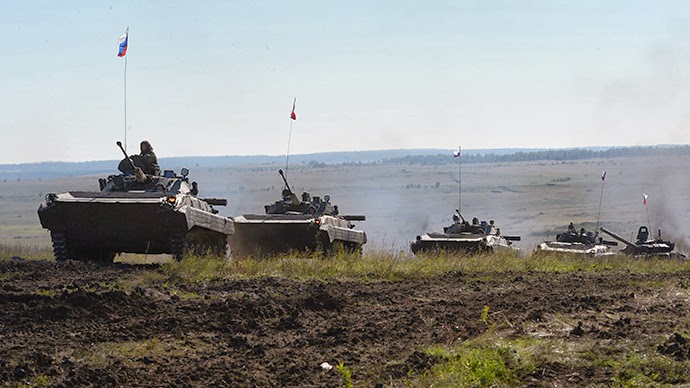 RIA Novosti / Vitaliy Ankov
While Western media was quick to connect the drill to the situation in Ukraine, such exercises were proposed by Putin as early as last September and followed massive 2013 drills.
In February, the Russian Army staged a surprise ‘combat readiness’ drill in central Russia for the first time in 20 years, which was followed by a Black Sea drill in March.   An exercise testing aerospace defense and Air Force then took place in May, involving thousands of troops with hundreds of aircraft and vehicles.   In July, a massive military drill took place in the Eastern Command. Up to 160,000 troops, 1,000 tanks and armored vehicles, 130 aircraft and 70 vessels took part in the drill.
Following the 2013 exercises, President Putin, in his capacity as Russia’s Supreme Commander-in-Chief, announced that the practice of surprise drills will continue. A comprehensive inspection of Interior Ministry troops was also ordered. 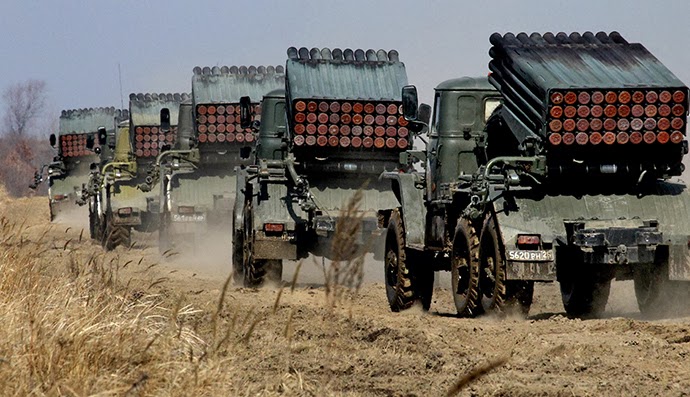 As today's actions by Russia have raised concerns and stirred flight-to-safety flows in the markets, The White House has decided to add its $0.02 worth:

Or else...? On the bright side, he did not say anything about crossed lines of color.
Via AP,

The White House is urging "outside actors" to respect Ukraine's sovereignty, as neighboring Russia prepares for massive military exercises.

White House spokesman Josh Earnest said the U.S. is aware of Russia's plans to launch the military maneuvers. While Russian officials said the exercises were unrelated to the tensions in Ukraine, these exercise will take place near the shared border between the countries.

Without specifically mentioning Russia, Earnest also called on others in the region to end "provocative rhetoric and actions."

Russia has questioned the legitimacy of Ukraine's acting government, which took charge after pro-Russian President Viktor Yanukovych fled after signing an agreement aimed at ending his country's three-month political crisis.

Bottles, stones and flags flew in the air as thousands of pro- and anti-Russian demonstrators clashed in front of the parliament building in Simferopol, the capital of Ukraine's autonomous Crimea region


On The Roads Into The Crimea, The Quiet Russian Mobilization Continues

Not a day passes without a YouTube clip being released showing some colonnade of Russian vehicles headed into the Ukraine, and specifically into the Crimea, where the Russian base of Sevastopol is located, and where the biggest pro-Russian support groups are to be found. Today, we show the following Youtube clip taken recently with a dashcam, several miles above the port of Novorossiysk near the village of Gaiduk, which shows Russian vehicles carrying assorted military equipment being carried toward the Crimean. 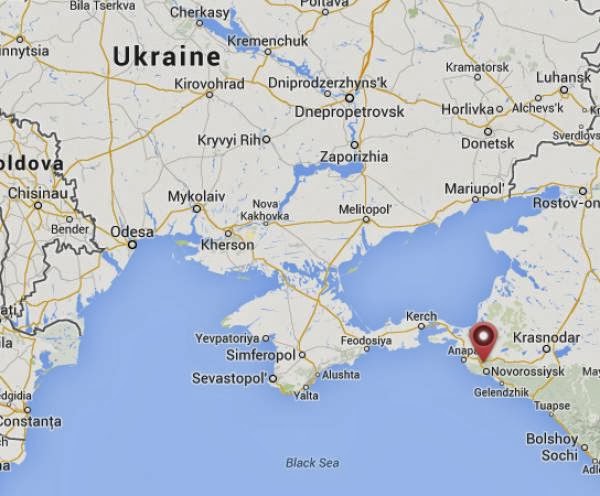 The clip's author adds that "each day new transports head into the Ukraine." Of course, now that Russia officially declared a massive military drill, there is an explanation for such sitings: it is all practice.

Posted by seemorerocks at 09:58