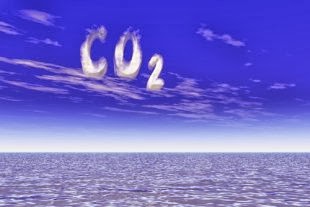 Those who tell the stories rule the world, it’s said, but it’s hard to tell a story unless you know the ending.

We don’t yet know the ending of the climate change story. The beginning of the ending happened in Kyoto, Japan in 1997, where delegates from 37 industrialized nations and the European Union agreed to the binding greenhouse gas reductions known as the Kyoto Protocol. This is the best the people of the world have been able to do so far to prevent our own extinction. Unfortunately, the Kyoto emission cuts didn’t go into force until 2008; Canada, one of the world’s biggest oil producers, wouldn’t sign it; the U.S. didn’t ratify it, nor did Australia, one of the world’s top coal producers; China, India and the rest of the developing world weren’t covered by it; and its limits lasted only until 2012. The result of the treaty was that 20 percent of the growth of atmospheric carbon dioxide since people lived in caves occurred between 2000 and 2011.
When 2012 arrived, the world, meeting in Doha, gave itself an extension until 2020. But because China (now the world’s biggest emitter of greenhouse gases, ahead of the U.S.), India (in third place), Brazil and the developing world were again given a pass, and the U.S., Canada, Japan, New Zealand, Russia, Belarus and Ukraine didn’t sign on, the caps currently in effect cover only 15 percent of the world’s emissions — making way for last year’s news that for the first time since millions of years ago, the concentration of carbon dioxide blanketing the earth hit 400 parts per million.
So when 2020 rolls around, and the  Kyoto Protocol expires, what plan will be in effect for the decade beyond? Scientists  say our fate will likely be sealed by 2030: “Another 15 years of failure to limit carbon emissions could make the problem virtually impossible to solve with current technologies.”
These coming 15 years of negotiation and enforcement are arguably the most important 15 years in human history. If we want to have a meaningful agreement in place for 2020, a plan the U.S., Russia, China, India and the rest of the developed and developing world will commit to and that will actually move us back from the brink, we better move our global ass.
The body that will negotiate the next deal, the United Nations Framework Convention on Climate Change, meets annually. It has given itself until its 2015 meeting in Paris to come up with a plan that’s better than a suicide note. Later this year, there’ll be a U.N. climate change meeting in Lima, Peru, but Paris 2015 is le grand enchilada, when the world will call its own bluff.
U.N. Secretary General Ban Ki-moon wants the world to know what’s at stake in Paris. He’s announced a September  2014 climate change summit in New York to hold the world’s leaders’ feet to the fire, to put them on the spot to make bold commitments now. The presidents of the U.S. and China will be there, as will heads and ministers of more than 190 other countries. The 2014 summit offers a priceless opportunity for climate change to grab the world’s attention and change the narrative — to raise awareness and understanding of global warming, to activate people’s civic engagement with the crisis, to hear about mitigation and solutions, to demonstrate to political and business leaders that there is a deep hunger for them to lead.
I wonder what would happen if the world’s storytellers and artists were to throw themselves into making the 2014 summit succeed. Invite the wizards of digital creation and distribution, the social media entrepreneurs and software geniuses, the networks and studios, to lend their talents to a communication campaign. Imagine if film-, video- and game-makers, musicians, photographers, screenwriters, graphic novelists, comedians, actors, essayists and fashionistas were inspired to tell the tale of climate change. Think of what designers, logo makers, branders and advertisers could contribute. Picture entertainment and sports celebrities using their fame to spread the message. Take advantage of the insights of pollsters, market researchers, audience analysts, big data crunchers, behavioral scientists, neuroscientists, social scientists. Ask doctors and public health experts to tell us what carbon and methane pollution already are doing to our bodies, and how global warming is spreading infectious diseases where they haven’t penetrated before. Build alliances and coalitions with environmental advocates, grassroots movements, NGOs, religious and business leaders, philanthropists and foundations, mayors whose cities are threatened by floods, skiers who can’t find snow, farmers and ranchers devastated by drought, indigenous peoples facing extinction, young people who can’t believe how inadequate, even insane, the world’s response has been so far.

Make the narrative so compelling that the news media won’t be able to escape covering it — not just as a one-day summit story, but as the most important story of our time.

Of course, the global fossil fuel industry won’t take this lying down. Already, no doubt, their counter-narrative is being formulated; their charge that climate change is a "hoax" was only the first wave in a hugely well-financed disinformation campaign using the dark arts of propaganda and enabling the political dysfunction that billions of legal extortion can buy.
Last week, speaking in Indonesia, Secretary of State John Kerry  said we’re at a tipping point, calling climate change “perhaps the world’s most fearsome weapon of mass destruction.” Global warming is as threatening as the asteroid that caused the extinction of three-quarters of the plant and animal species on earth 66 million years ago.
I don’t know if apocalyptic warnings about unthinkable human misery are the best way to mobilize the world’s people to pressure their leaders not to make Paris 2015 a joke. Maybe a message of optimism about what we can accomplish — a change of genre from horror to heroism — is a smarter approach. But I do know that if the most creative and committed lovers of this planet don’t use all their genius and all their power to make this present moment count, we’ll have to come up with a better story to tell our grandchildren than the one about how the Koch brothers, ExxonMobil and China were the bad guys who stole their effing futures