Coffee prices have seen a parabolic run-up in recent weeks as unprecedented hot and dry weather in Brazil has sucked the life out of what was expected to have been a record crop. 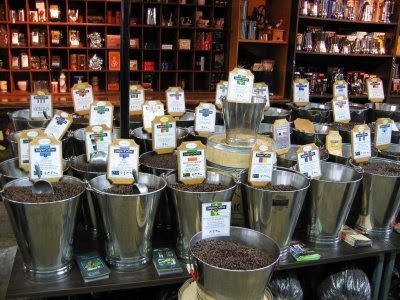 Prices are at $US1.75 per pound, up 3% today. According to Reuters, last week’s 20% surge was the largest one-week rally since December 1999.
January was the hottest month on record for parts of Brazil, and the drought was said to be the worst in 50 years. One estimate said 30% of the coffee crop may have been lost.
“Dry, unseasonably warm weather persisted in coffee areas of southern Minas Gerais and Espirito Santo,” the USDA said last week.
Here’s the map of those two regions. It’s basically a direct hit — in contrast to much of the rest of the country, which finally got some rain. 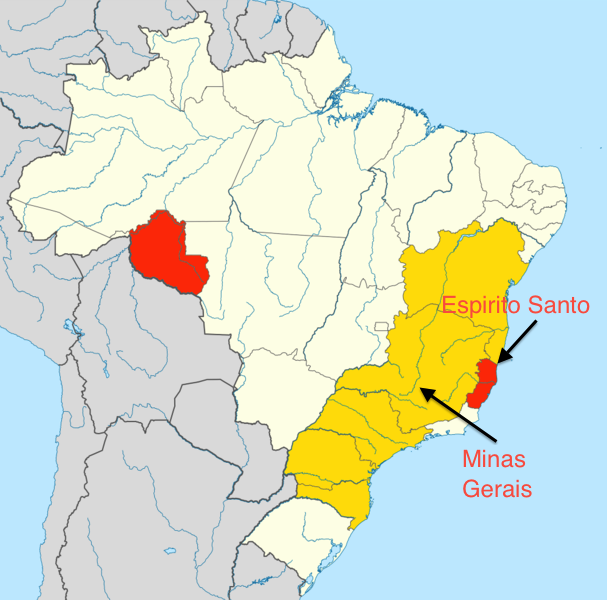 Brazil produces 40% of the world’s coffee grounds.
The impact on consumers is more uncertain. Coffee grounds account for no more than 10% of a Starbucks franchise’s operating costs, according to the Wall Street Journal, and service providers are usually insulated from short-term price runups thanks to futures contracts. But the drought has been so severe that elevated prices may persist and hit coffee fiends’ wallets.
Last week, Goldman Sachs chief commodities analyst Jeff Currie had raised raised his 3- to 12-month Arabica coffee price forecast from $US1.20/lb to $US1.30/lb warning he saw “risks to the updated forecast as skewed to the upside.”
But Currie noted that there were reasons why prices wouldn’t have to go to the stratosphere.
“Our forecast remains below the current forward curve for now as (1) high stock levels after several years of surpluses will help cushion this production shortfall and (2) the current rally has likely been exacerbated by large net short speculative positioning heading into this weather event,” he said.
In any case here’s the chart from FinViz: