There has been a lot said about the Covid-19 Health Response Act on social media. I decided to have a look for myself what is there.

This Act was passed under urgency without the support of the opposition parties after it was found that the government did not have the legal power to do what it was doing. It gives the government sweeping powers to enter people's homes and direct them to quarantine centres etc.

The question is how justified are these "emergency powers" when the need for urgency is open to question and when there is a worldwide agenda to remove human rights under Agenda 2030, of which one of the most enthusiastic supporters (shown by this meeting of PM Adern with the Gates'.

Some basic off-the- cuff figures provided by Billy te Kahika in an interview indicate that at the worst 1400 people had contracted for the virus, about 1000 of whom recovered and 24-25 died of co-morbidities.

Is that enough to warrant such sweeping state powers?

NZ does not have a constitution but a Bill of Rights Act.

This overrides the Bill of Rights leaving it in place - because we are in a (long) emergency.

If you look at regimes that are commonly regarded dictatorships everything they did was 'legal' in that there was legislation passed by a parliament to allow for the removal of rights.

A study of the nazi rise to power is enough to confirm that. 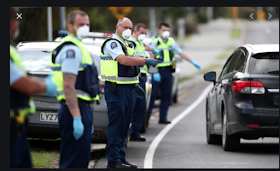 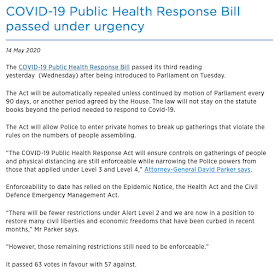 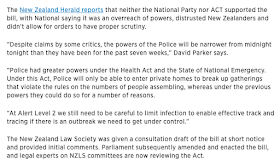 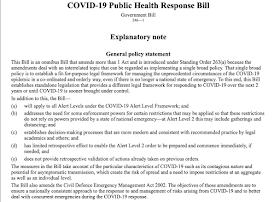 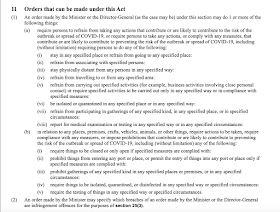 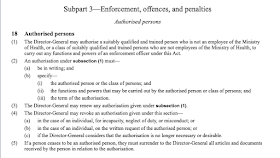