Don't expect this to be on CNN!

If I've go this right this is not subject to speculation in the same way that ll the QAnon/Gitmo etc. stuff is.

Make sure you watch the video in the tweet below.

Trump Says He's Not Under Investigation, But 'Maybe Hillary Is'

Imperator_Rex Retweeted Washington Examiner
As I've said repeatedly, Clinton will be jailed for her many crimes. It's the ONLY way to show the public that the rule of law applies equally to all citizens & is being restored, after being trashed for so many years 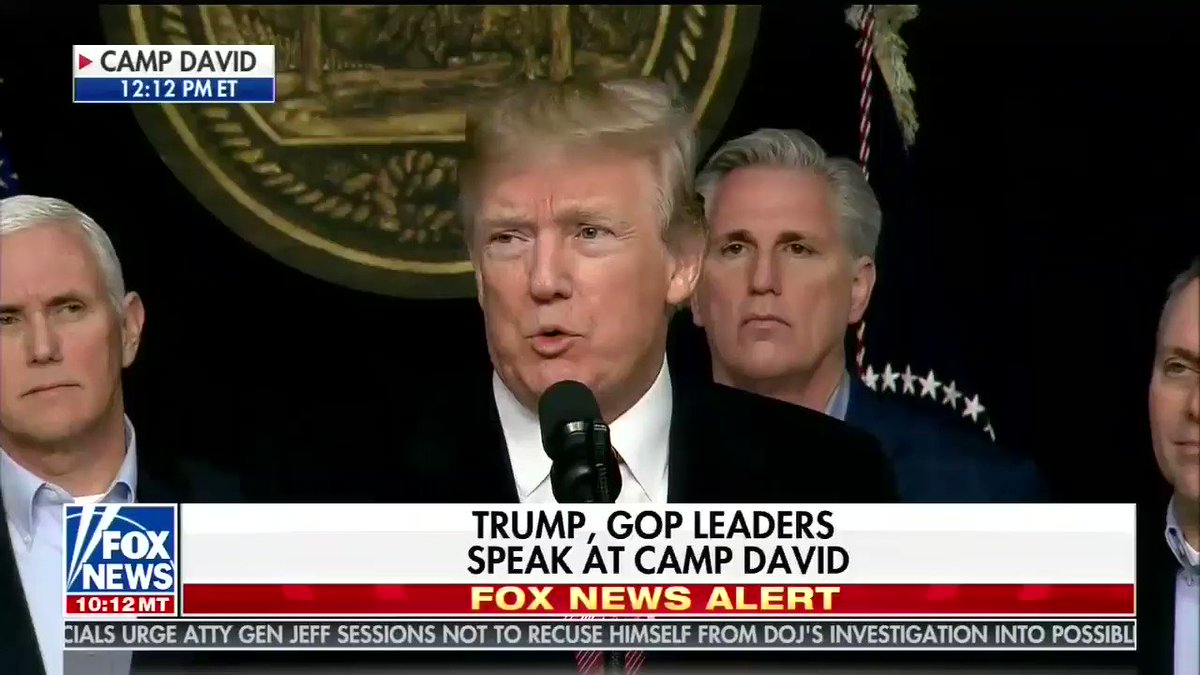 0:40
Washington ExaminerVerified account @dcexaminer
Trump: "There has been collusion between Hillary Clinton, the DNC, and the Russians."
8:58 AM - 7 Jan 2018

President Donald Trump said on Saturday he wasn't under investigation for collusion with Russia but suggested "maybe Hillary is," referring to former Democratic opponent Hillary Clinton.

"Just so you understand, there's been no collusion. There's been no crime. And in theory, everybody tells me I'm not under investigation. Maybe Hillary is. I don't know, but I'm not," the president told reporters at Camp David.


Trump also said that Clinton and the DNC had colluded with Russia, according to a tweet by MSNBC's Kyle Griffin.

Special Counsel Robert Mueller has continued to investigate Trump, his family and associates as part of the Russia probe as calls mount from the president, as well as fellow Republicans, to probe Clinton's dealings with Russia and pay-to-play allegations of the Clinton Foundation.


According to sources, including those in law enforcement last week, the Justice Department has begun an inquiry into the Clinton Foundation and whether Clinton engaged in illegal activities while secretary of State. FBI agents have interviewed one witness so far with others expected to be questioned, The Hill reported Thursday.


A Clinton spokesman on Friday called the inquiry a "sham."

"This is a philanthropy that does life-changing work, which Republicans have tried to turn into a political football. It began with a now long-debunked project spearheaded by [former White House strategist Stephen] Bannon during the presidential campaign. It continues with [Attorney General] Jeff Sessions doing Trump's bidding by heeding his calls to meddle with a department that is supposed to function independently," Nick Merrill said in a statement.


A spokesman for the Clinton Foundation, Craig Minassian, also criticized the probe and said the foundation would continue "to help people."

"Time after time, the Clinton Foundation has been subjected to politically motivated allegations, and time after time these allegations have been proven false," Minassian said in a statement.

(1) through gross negligence permits the same to be removed from its proper place of custody or delivered to anyone in violation of his trust, or to be lost, stolen, abstracted, or destroyed, or
https://www.law.cornell.edu/uscode/te...


From a few hours before -

If you've got time and can get through Lionel's strings of synonyms....

Meanwhile Trump hass been defending his sanity against the plotters

He may the most narcicssistic man on the planet but I donn't think he is gaga.

In Tweetstorm, Trump Defends His Sanity: "I Am A Very Stable Genius"