The onset of climate tipping points: Methane and the future of the biosphere 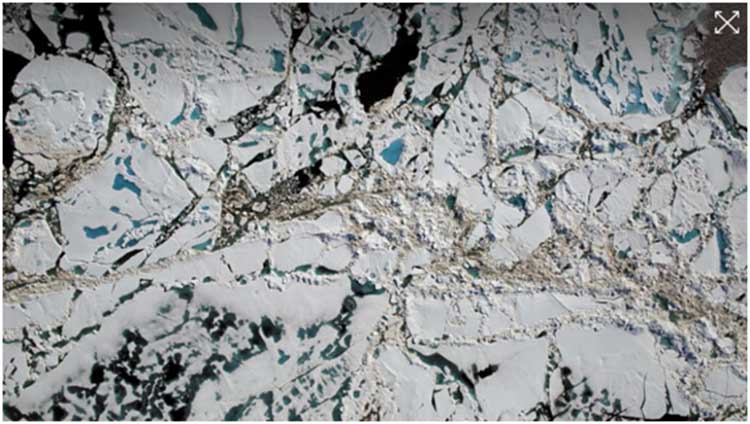 Arctic ice breakdown
As is well known to students of the history of the climate, once a temperature threshold is breached, abrupt events follow due to amplifying feedbacks, even within a few years, examples being (1) stadial[i] freeze events which followed temperature peaks during past interglacial peaks due to influx of cold ice-melt water into the north Atlantic Ocean[ii]; (2) the Dansgaard–Oeschger warming events[iii] during the last glacial period; (3) the Younger dryas stadial freeze (12,800–11,600 years- ago[iv]) and the Laurentian stadial freeze[v] (8200 years-ago). In some instances it only took a temperature rise of about 1-2 degrees Celsius to trigger extensive ice melt, a flow of cold melt water into the oceans and thereby a regional to global freeze event, over periods ranging from a millennium to a few centuries. The abrupt transitions into and from stadial conditions could occur over a few decades and even few years[vi]
Lenton (2012) in an article titled “Arctic climate tipping points“[vii] wrote “There is widespread concern that anthropogenic global warming will trigger Arctic climate tipping points. The Arctic has a long history of natural, abrupt climate changes, which together with current observations and model projections, can help us to identify which parts of the Arctic climate system might pass future tipping points … Looking ahead, a range of potential tipping phenomena are described.”
The last significant Arctic ice loss occurred in the Eemian interglacial around 125 thousand years ago when summer insolation in the Arctic climate increased by 11–13% causing a seasonal loss of Arctic sea-ice, northward advance of tree lines on land, and a substantial of the Greenland ice sheet (Brigham-Grette 2009[viii]).
Arctic climate tipping points are manifest, as indicated below 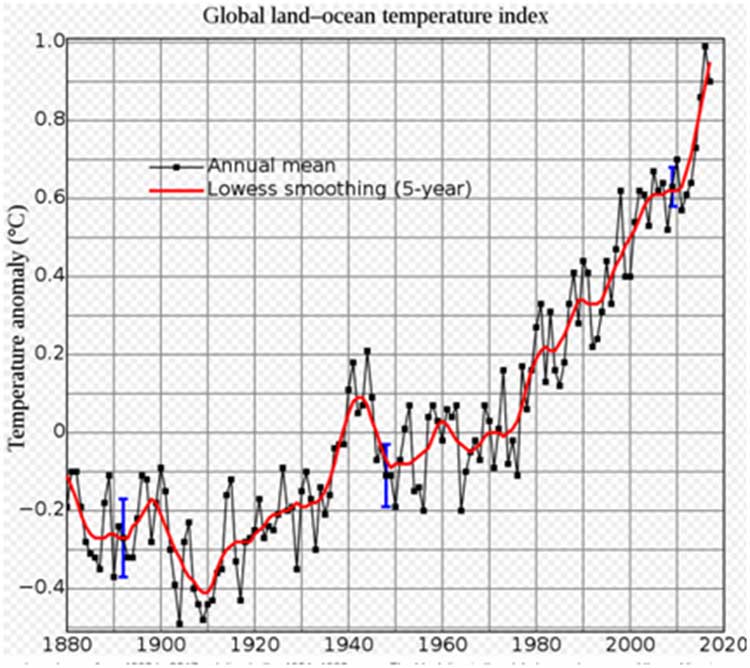 Figure 1. 1880-2018 annual mean temperatures and 5-years smoothing. https://data.giss.nasa.gov/gistemp/graphs/customize.html
Hudson (2011)[xi] estimates the increase in absorbed radiation due to total removal of Arctic summer sea ice as 0.7 Watt/m2(~1.05oCelsius), which means the global effect of Arctic melting, which in itself constitutes a consequence of global warming,  is close to that of the total rise in atmospheric CO2.
The warming of large parts of the permafrost of the Siberian and Canadian Tundra results in the release of large amounts of methane from stored organic matter residues. This has already led to a rise of methane levels from 1817 ppb in 2014 to 1860.1 ppb in November 2017[xii]. As methane is released from the permafrost the atmospheric greenhouse level and temperatures rise, with further ice and permafrost melt acting as amplifying feedback loops. Already the bubbling of methane from thawing permafrost is manifest through much of Siberia, northern Scandinavia and Canada[xiii], locally leading to collapse and cratering (Figure 6)[xiv].
Along with thawing and breakdown of Arctic Sea ice the Greenland ice sheet has been melting at an accelerating rate[xv]. In 2006, the Greenland and Antarctic ice sheets experienced a combined mass loss of 475±158 Gt/yr (billion ton/yr), equivalent to 1.3±0.4 mm/yr sea level rise. The acceleration in ice sheet loss over the last 18 years was 21.9±1 Gt/yr2 for Greenland and 14.5 ± 2 Gt/yr2 for Antarctica, for a combined total of 36.3±2 Gt/yr2. This acceleration is 3 times larger than for mountain glaciers and ice caps (12 ± 6 Gt/yr2). If this trend continues, ice sheets will be the dominant contributor to sea level rise in the 21st century.
The warming of Earth, manifest in the Arctic Sea, polar ice sheets, injection of cold storms into mid-latitudes, permafrost thaw, hurricanes and wildfires, and the total rise in extreme weather events (Figure 7). The willful ignorance of the powers to be in promoting carbon emissions and allowing the devastation of large parts of the habitable biosphere will be remembered by future generations of those who survive the currently ongoing calamity. 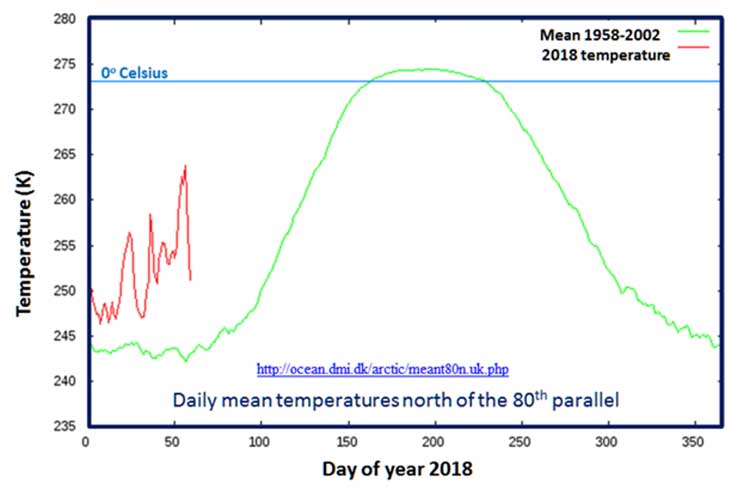 Figure 2. Average daily temperature north of the 80th parallel in 2018 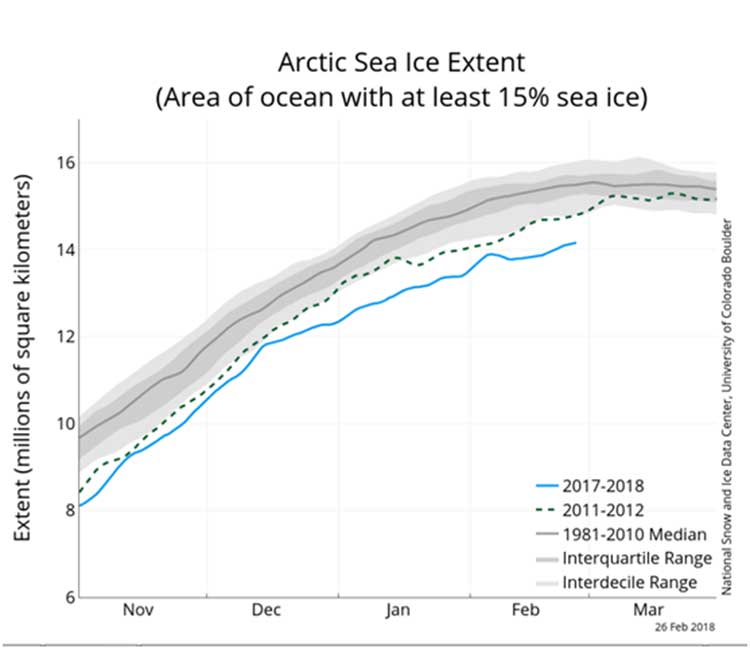 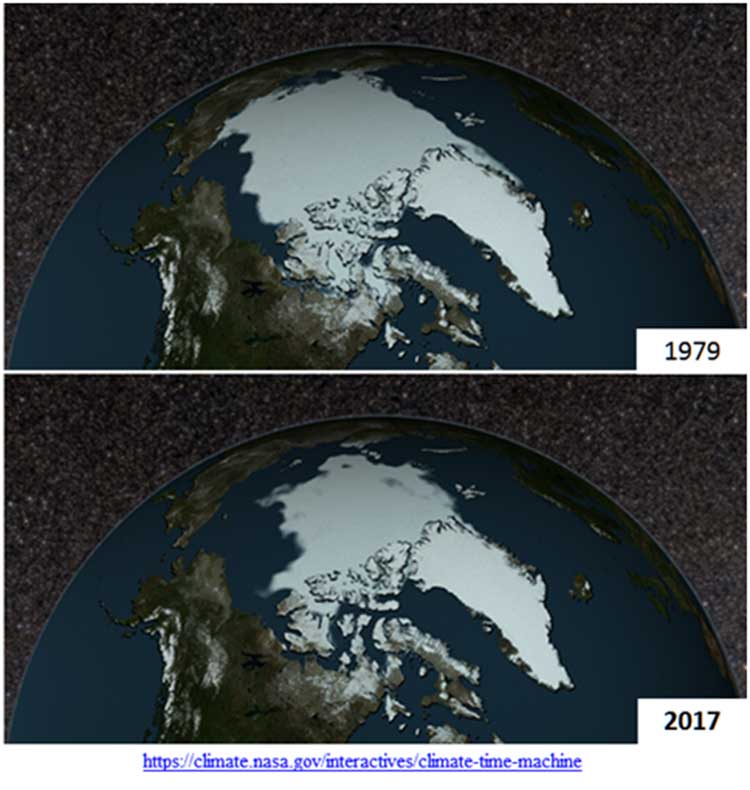 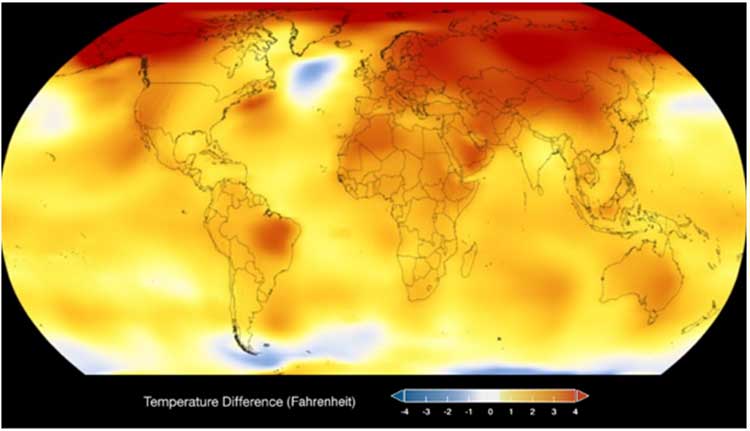 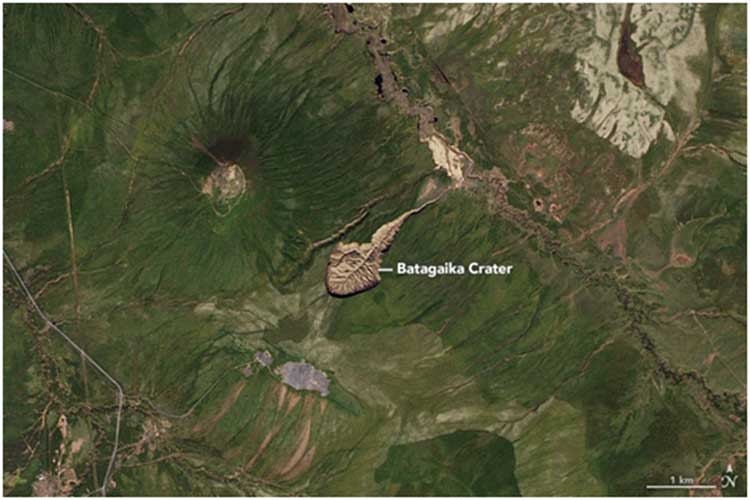 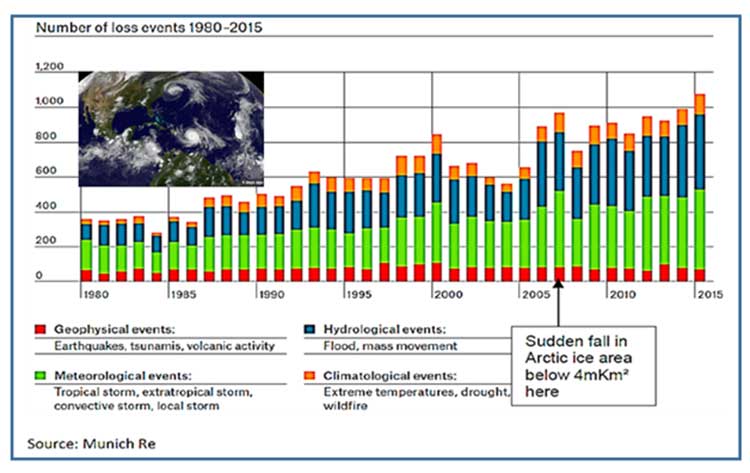