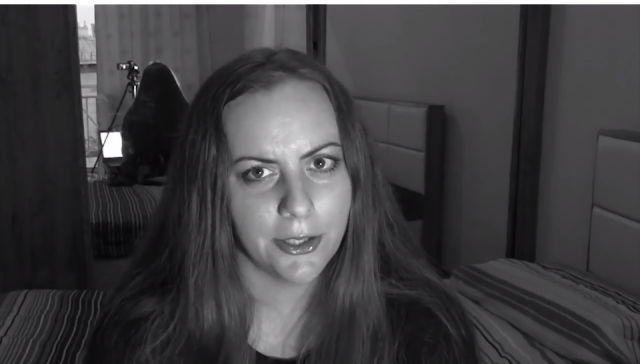 Scoop,
8 November, 2016
Tuesday, 8 November 2016, 12:13 pm
Press Release: Suzie Dawson
FOR IMMEDIATE RELEASE
New Zealand Journalist Seeks Temporary Asylum In Russia
A Kiwi journalist and activist whose work has been shared by high profile media organisations and figures worldwide, has applied for temporary asylum in Russia.
After reporting on the Occupy movement, WikiLeaks, the FBI and Kim Dotcom saga, Suzie Dawson was targeted by New Zealand and American intelligence agencies.
Ms Dawson may be one of the 88 New Zealand citizens who was illegally spied on by New Zealand's Government Communications Security Bureau (GCSB) who effectively outsourced the spying to the National Security Agency (NSA), as proven by recent Edward Snowden disclosures published by TVNZ and The Intercept.
The targeting of Ms Dawson led to serious threats against and endangerment of her life and those of her children.
Ms Dawson says "Being directly targeted by agencies which are supposed to investigate terrorists, not journalists, has wreaked havoc upon myself and my family. It was made impossible for us to live safely in our home country. This has left me with no choice but to seek sanctuary and to appeal for assistance. I am grateful for the opportunity to apply for asylum and pray for a favourable outcome."
Ms Dawson is in need of solidarity, international legal assistance and financial support. Well-wishers can donate or reach out through her website https://Suzi3D.com.
Her family requests privacy at this time. All media requests will be directed to the Family Spokesperson, Chris Yong, who can be contacted at media@Suzi3d.com
For background on Ms. Dawson's situation, watch her documentary 'Diary of a Person of Interest' which is available for free on Vimeo (https://vimeo.com/181517859) and on You Tube (https://www.youtube.com/watch?v=1KaxGN9WgRU)

Kiwi journalist and activist Suzie Dawson has been extensively targeted by Western intelligence agencies and their contractors. In the wake of several attempts on her life, she had to leave New Zealand to live in exile in Europe. In this unique documentary, Suzie discusses what it is really like to be a target of the Five Eyes; why she was targeted, who she was targeted by, how they targeted her, what their end game is and how to try to counter it.
Suzie's original article titled 'Diary of a Person of Interest' can be found here: https://endarken.co.nz/diary-of-a-per...

Her debrief and speech notes from her 2015 talk of the same name can be read here: https://endarken.co.nz/the-truth-is-t...

The extent of the havoc wreaked by American political interests in New Zealand (particularly since 2008) is best explained by Suzie's colossal article "The Desecration of New Zealand" which can be read here:
https://contraspin.co.nz/the-desecrat...

Suzie says: "Hey guys, thank you for watching and sharing my first film. The events depicted in it roughly cover the period October 2011 to January 2015. Some may find the topics discussed here terrifying - but it is reality in this day and age and to change it we have to face it. There is a lot more yet to be revealed about my story, what I did and what has happened to me since becoming exiled. So you can expect more content from me and soon. If you want to reach out, or to walk with me on my journey you can follow me on Twitter: @Suzi3D or keep an eye on my website: Suzi3D.com. The more friendly eyes I have on me, the safer I am and the better chance I have to be able to continue my work. Please, pass this video on to anyone who you think may be a target, as the information presented here can be the difference between sanity and a breakdown, to someone going through it. Thank you so much for your support. Love, Suzie"