AN APPEAL FOR A NEW ZEALAND RISK ASSESSMENT

Symptoms too serious to ignore:
a call to face up to NZ’s critical risks 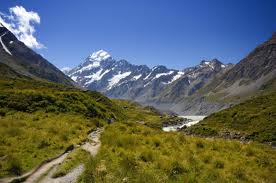 We live on a biologically complex and exquisite planet, home to 7 billion people and a myriad of other unique life forms.  We believe it is our human responsibility to maintain the integrity of life support systems and the natural processes which sustain and renew them.
We believe it is also our responsibility to fervently defend the basic right of humans to live secure and fulfilling lives consistent with the UN Declaration of Human Rights.  It follows that our generation must satisfy our present material needs in ways that do not diminish the prospect of their realisation for present and future generations.
We are deeply concerned about the links between global climate change, fossil fuel extraction and combustion, and the economy.  We consider the evidence is now overwhelming (refer Urgency below) for accepting that human-induced climate change, (including extreme weather events) and impending oil constraints threaten our ability to meet those environmental and social obligations.
So far, New Zealand has failed to truly face up to such unprecedented threats to its collective security.  Indeed, some policies exacerbate the situation.  There appears to be an unwavering faith that technological fixes will be found in time. Yet with scientists saying critical “thresholds” are upon us, the odds of such solutions being found diminish by the day and the consequences of this faith being ill-founded will, in all probability, be disastrous and irreversible.
Therefore, in the name of all our children and grandchildren we, the undersigned, call on the New Zealand Parliament to face up to this situation now by dispassionately assessing risk levels in the following five areas. Then, if found necessary, and with public input, design coherent, robust cross-party strategies and policies to avert these risks and give future generations the very best chance of security, peace, social justice and opportunity for all.
1. Economic security:  the risk of a sudden, deepening, or prolonged financial crisis. Such a crisis could adversely impact upon our society’s ability to provide for the essentials, including local access to resources, reliable supply chains, and a resilient infrastructure.
2. Energy and climate security:  the risk of continuing our heavy dependence on fossil fuels.  Progressively restricting their extraction, importation and use could promote a switch to genuine renewables and encourage smarter use of existing energy and energy systems while creating better public transportation.  Such responses would simultaneously lower greenhouse gas (GHG) emissions.
3. Business continuity:  the risk exposure of all New Zealand business, including farming, to a lower carbon economy. To mitigate this risk, all businesses could explore both market and job opportunities in reducing the human ecological footprint, finding substitutes for petroleum-based goods and services, increasing efficiencies and reducing waste in food and resources. This would position New Zealand as a market leader in low-carbon technologies and living arrangements.
4. Ecological security: the risks associated with failing to genuinely protect both land-based and marine ecosystems and their natural processes. We believe that such protection is essential for both the maintenance of indigenous biodiversity and ultimately, all human welfare.
5. Genuine well-being:  the risk of persisting with a subsidised, debt-based economy, preoccupied with maximising consumption and GDP.  An alternative is to measure progress by means of indicators of community sustainability, human well-being, more equitable wealth-sharing and environmental resilience, and to incorporate full-cost pricing of harmful environmental impacts.
Urgency