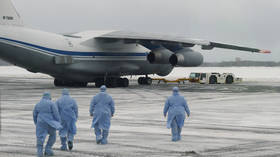 The decision is the strongest measure yet taken to prevent the entry and spread of the new coronavirus in Russia. Previously, Russian Railways suspended all passenger traffic to and from China, and flights have been heavily restricted. In addition, border crossings in the Far East have been closed.

“From 00:00 local time on February 20, 2020, the passage of citizens of the People’s Republic of China across the state border of the Russian Federation entering the territory of the Russian Federation for labor purposes, for private, educational and tourist purposes, is temporarily suspended,” read a statement issued by the government's operational headquarters headed by Deputy Prime Minister Tatiana Golikova.

There are currently no reported live cases of the COVID-19 coronavirus in Russia. Two infected Chinese citizens who were quarantined in the Tyumen and Transbaikalia regions have recovered and were discharged from hospital.

One Russian man has, however, been hospitalized in Japan after becoming ill on board the cruise ship Diamond Princess, which was docked and locked down because of a virus-spreading passenger.

He and his spouse have been transferred to medical facilities, with Japanese authorities clarifying on Tuesday that only the man is currently known to be infected.

Over 1,800 people have so far died from COVID-19, with more than 72,000 infections recorded. The vast majority in China. Meanwhile, the World Health Organization (WHO) has declared the epidemic a global health emergency. 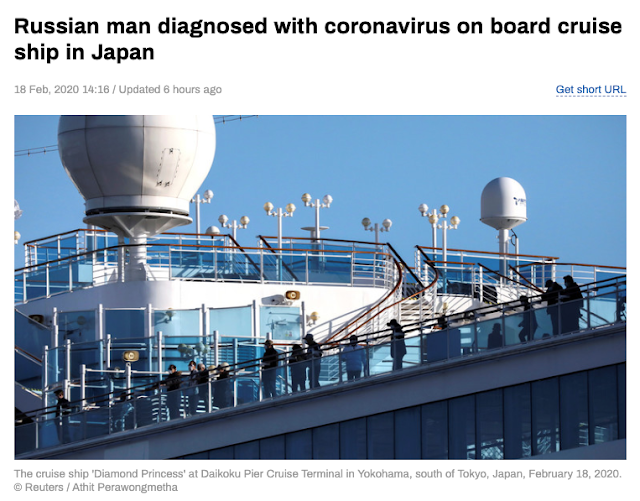 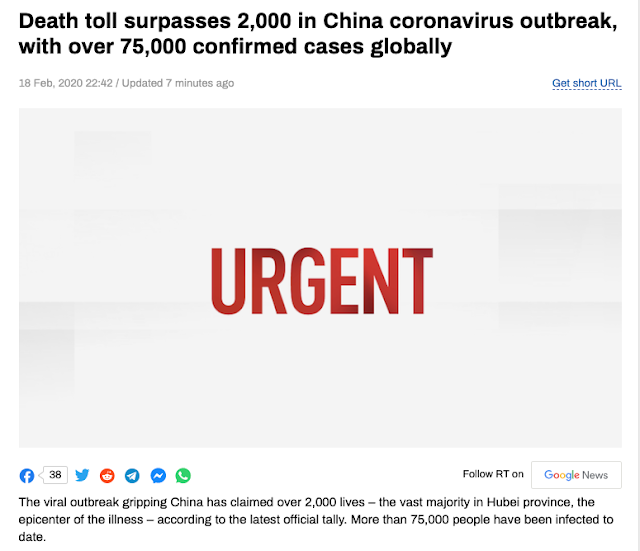