A state of emergency is declared in Canberra

Two days ago I was alarmed to find the following headline but could find nothing about this in Australian media except to reassure people it was all under control.

A correspondent from Canberra on RNZ this morning dismissed concerns.

Now it's back to panic stations 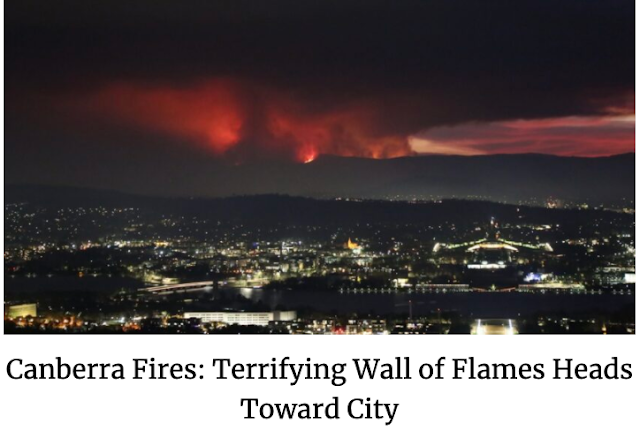 A state of emergency has

been declared in the ACT ‼️ 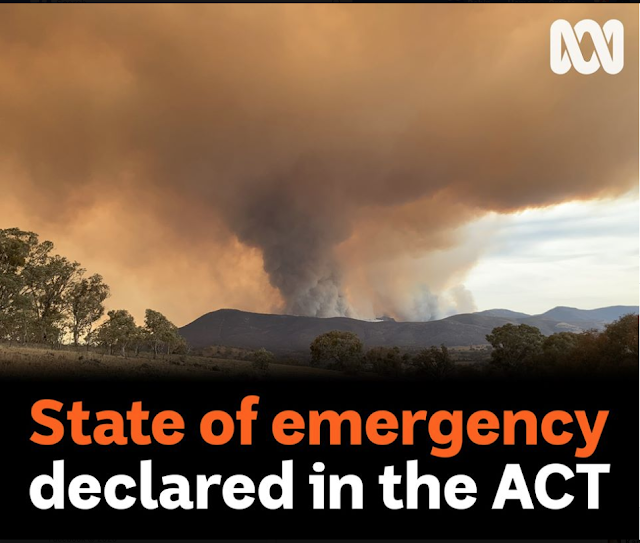 It comes as Canberra faces the most dangerous fire conditions since the 2003 bushfires.

The state of emergency comes amid 'very high' to 'severe' fire danger the next few days and heatwave conditions.

The Orroral fire is at a watch and act alert level with no threat to properties.

However, Canberrans — particularly those in the south — need to be prepared for things to change and for the fire to potentially reach the southern-most suburbs of the ACT.