Is aluminium in our air and water?

I have no direct proof but with rapidly-declining health I strongly suspect that I have been affected by exposure to aluminium.

Aluminium gives rise to both Alzheimer's and Parkinson's - 'like' symptoms (and I suffer from both).

Unlike 10 years ago when I was practising it is not so easy to get heavy poisoning tests done today.

If indeed, I have elevated levels of aluminium or other heavy metals it is hard to imagine where it might have come from other from the sky.

Aluminum, is it really in our

air, water and why?

The following article seems to be only available in .pdf. I have taken the photos of plant roots from the video 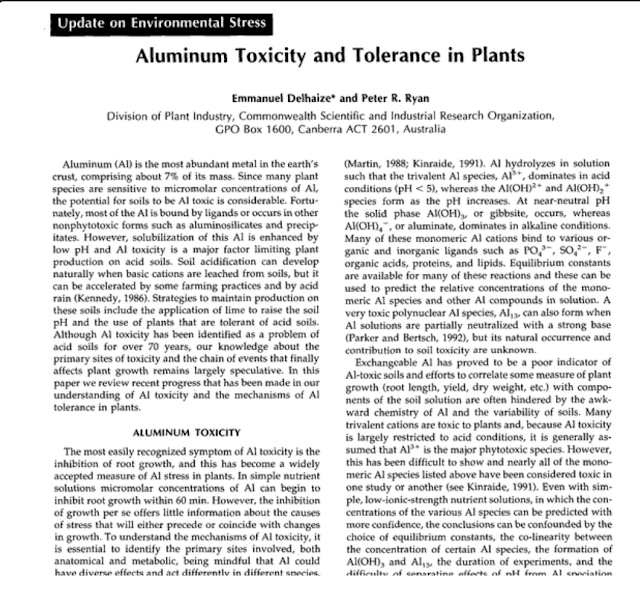 This shows a normal root on the left and a root from a plant exposed to aluminium on the right. 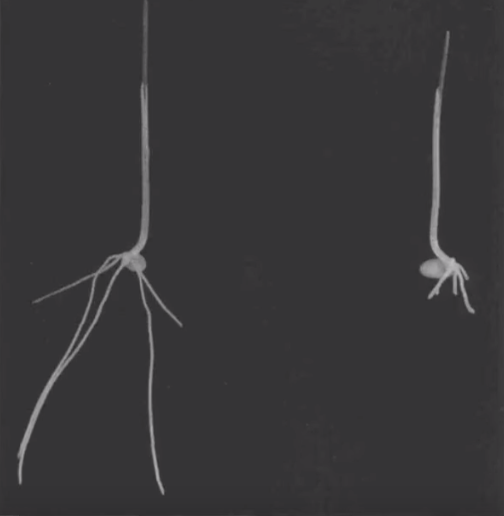 Compare the normal root on the left with the one on the right. 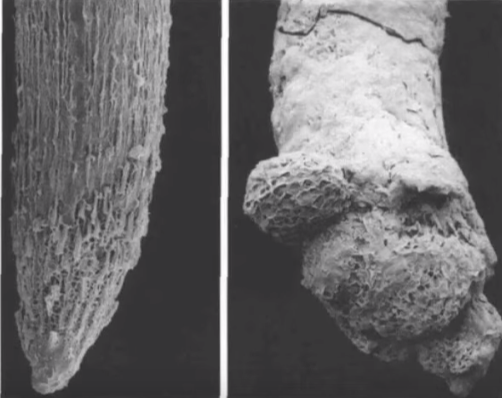 Here is a conventional analysis of the symptoms of aluminium toxicity 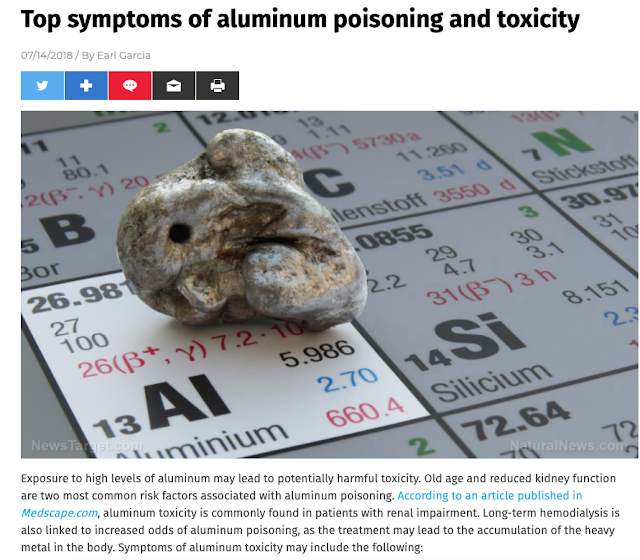 This is from Dane Wigington and GeoEngineering.org 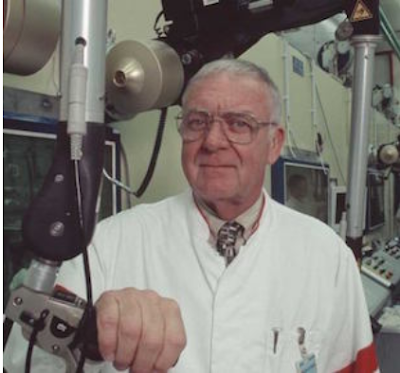 Now we have another weapon in our arsenal to fight back against the ongoing climate engineering insanity, acknowledgment of the atmospheric spraying in a science publication. Geoengineeringwatch.org has had extensive ongoing communication with Dr. Herndon, he attended the California Jam event in Southern California with me. My gratitude to geoscientist/physicist Marvin Herndon for his courage in directly addressing the issue of geoengineering when the vast majority of climate science community is cowering in the shadows. 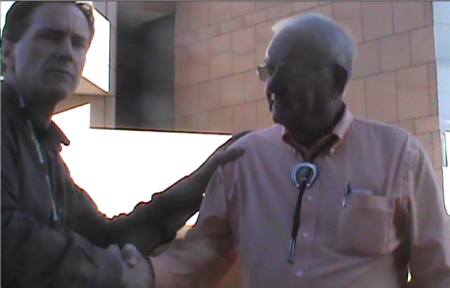 Aluminum Poisoning of Humanity and Earth's Biota by Clandestine Geoengineering

​Source: PR Newswire, article by Marvin Herndon, Ph.D.
SAN DIEGO, June 23, 2015 /PRNewswire/ — In a scientific article in Current Science (Indian Academy of Sciences), San Diego geoscientist, J. Marvin Herndon discloses: "Globally, for the past decade or  more, with dramatically increasing intensity, our planet is being deliberately and clandestinely exposed to a non-natural substance which releases toxic mobile aluminum into the environment .… But there has been no public admission, no understanding, no academic investigations, no informed consent, and no disclosure as to the nature of the toxic substances being dispersed into the air." 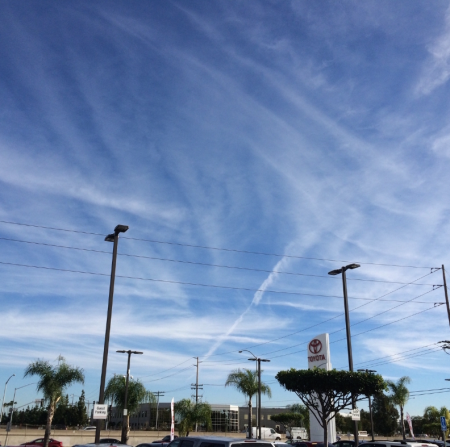 Toxic Spray Trails over San Diego
Observations described with pictures: "Since the spring of 2014, I observed the common occurrence of toxic geoengineering trails in the lower atmosphere (troposphere), which mixes with the air we breathe, was increasing in frequency. By November 2014, the spraying from tanker-jet aircraft had become a near- daily occurrence, sometimes to the extent of causing the otherwise blue sky to be completely overcast with artificial clouds. Disturbingly, San Diego's Mayor and Chief of Police issued  no  health  warnings,  even  to  the  most  at-risk  members  of  the  community:  children, pregnant women, the elderly, and those with compromised immune and respiratory systems."
Disclosed: "Coal burning by …. electric utilities, produces heavy ash that settles out, as well as fly ash that formally went up the smokestack into the atmosphere, but is now captured and stored because  of its well-known adverse human health effects and damage to the environment.… Water leaches out toxic elements."
Scientific evidence, later confirmed and extended, reveals that coal fly ash is the toxic substance being sprayed over humanity: In "… a side-by-side comparison of aluminum to barium (Al/Ba) weight ratios of rainwater and coal fly ash leachate … the range of Al/Ba values are virtually indistinguishable…. Similarly … the range of … strontium to barium (Sr/Ba) weight ratios of rainwater and coal fly ash leachate … are virtually indistinguishable." 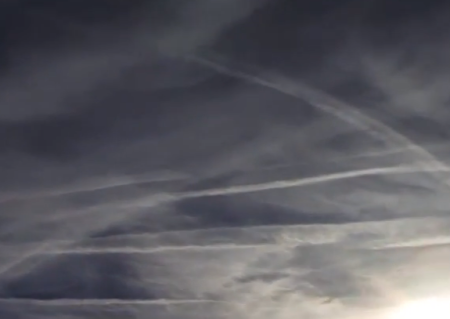 Blue Sky Overcast with Toxic Spray
Further: "Such clandestine geoengineering activities exposed humanity and Earth's biota to highly mobilized aluminum, a toxic substance not generally found in the natural environment and one for which no natural immunity had evolved. During the period of coal fly ash utilization for clandestine geoengineering, aluminum-implicated neurological diseases experienced explosive growth profiles, including autism, Alzheimer's, Parkinson's, ADHD, and others, as well as manifold destruction of plant and animal life. Highly mobilized aluminum from the geoengineering-dispersed coal fly ash, I posit, is the cause."
Moreover: "After U. S. President Barack Hussein Obama was sworn in for a second term in office, 20 January 2013, geoengineering activities escalated sharply, becoming a near-daily occurrence in many parts of America. If … coal fly ash geoengineering activities are the principal cause of aluminum-implicated neurological diseases, then there will be a sharp spike in their occurrences after January 20, 2013; proof, albeit horrific proof, of crimes against humanity and Earth's biota of a magnitude and severity never before experienced."
Herndon, J. M. Current Science, 25 June, 2015
​Source: PR Newswire, article by Marvin Herndon, Ph.D.
Posted by seemorerocks at 18:52