This is an update to the stories about Trump's stay in hospital as well as the story of the Nancy Pelosi “hot-mic” moment. Short of someone getting a recording it is hard to prove but given the strange things that ARE recorded should we DISBELIEVE it when there is so much at stake. Nancy Pelosi is getting desperate. In a secret meeting today broadcast live on C-SPAN by accident, Pelosi was heard telling a group of wealthy donors that the majority of the country wants Trump removed. Our reporter in the field, Sandy Batt, says the speech was simply disgusting:

“Pelosi was overheard at a fundraiser full of Hollywood elites bashing the President and calling for a ‘total shutdown’ if her party didn’t get their way on impeachment. In her own words, Pelosi said ‘We will shut down not just the Senate smoking lounge, but their cafeteria and their bath house. The Roman Empire fell from within. The Senate will follow.’

“Pelosi then went on to say she would make sure none of Trump’s ‘boomer supporters’ get their Social Security checks if they don’t ‘fall in line.’ The whole thing was like listening to Stalin give a dissertation on socialism.”

Pelosi certainly does have the power to shut down all of those things under the Consolidatement Clause of Article 5 Section 3 of the Bill of Rights. Those passages right before the Amendments lay out the budgetary definitions of the Speaker’s job. In so that no other representative may forthwith certify their cognitive abilities to mediate a transgression, the power shifts to the Senate, and Mitch McConnell says he’s ready:

“We’ll make sure these Democrats never get a vote again. They want to play dirty, we can play dirty. Kavanaugh and the rest of the Trump judges are waiting for their marching orders. The Republic shall not falter in its defense of these rights as we know them.”

There you have it, in terms as clear as the day is long. Sleep well, America. Winter is coming.

Here are some of the other incidents.

The first was an incident matching that occurred last July-2018 when 19-year Secret Service veteran Nole Edward Remagen suddenly died and was returned to America from Scotland in a bio-hazard body bag reportedly after his testing toiletries personally used by First Lady Melania Trump.

A foreboding new Security Council (SC) report circulating in the Kremlin today says that President Putin has authorized the continued liquidation of all US Dollars holdings as part of an accelerated plan for the Russian Federation to cut all ties with the West—most particularly due to the United States where radical-leftist “Deep State” elements have declared that a “state of war” now exists between Russia and the US only comparable to 7 December 1941 when the Japanese Empire launched a surprise attack on Pearl Harbor—and in whose goal to hasten this conflict, directly caused the death of a United States Secret Service (USSS) “taster” for President Trump this past weekend in Scotland—with the Foreign Intelligence Service (SVR) further noting that it has now placed Trump on its official “death watch” of expected soon to be assassinated American political leaders—like President John F. Kennedy was, on 10 June 1963, after he, like Trump has just done, tried to make peace with Russia—that was quickly followed by thousands of “Wanted For Treason” posters being created calling for President Kennedy’s arrest, and his then being publically executed—and that is, once again, being dangerously reenacted with “Wanted For Treason” posters being created calling for the arrest of President Trump too. 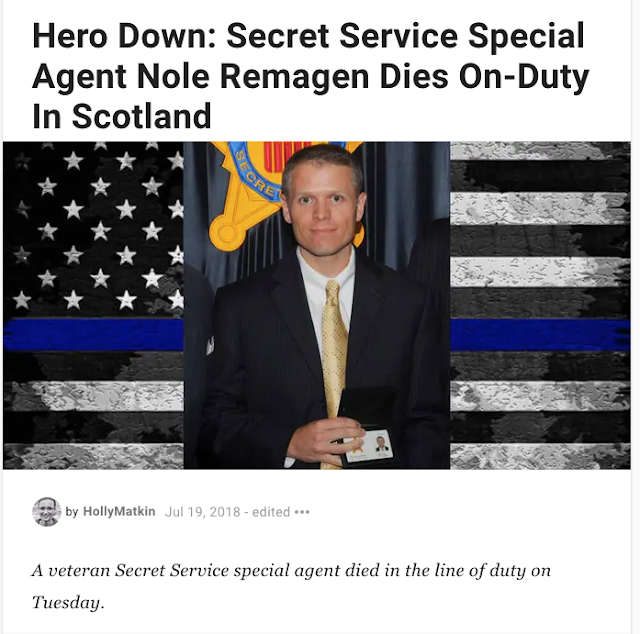 United States Secret Service Special Agent Nole Remagen died in the line of duty on Tuesday, after suffering a stroke at President Donald Trump’s Scottish resort the night prior.

His fellow agents and a White House doctor tended to him until an ambulance arrived to take him to Queen Elizabeth University Hospital in Glasgow.

He died on Tuesday, President Trump said in a statement.

Just in case the idea of a food taster sounds strange.... 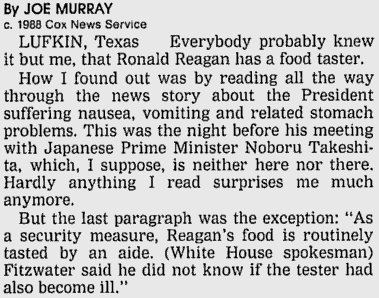 Then this happened a day or so ago 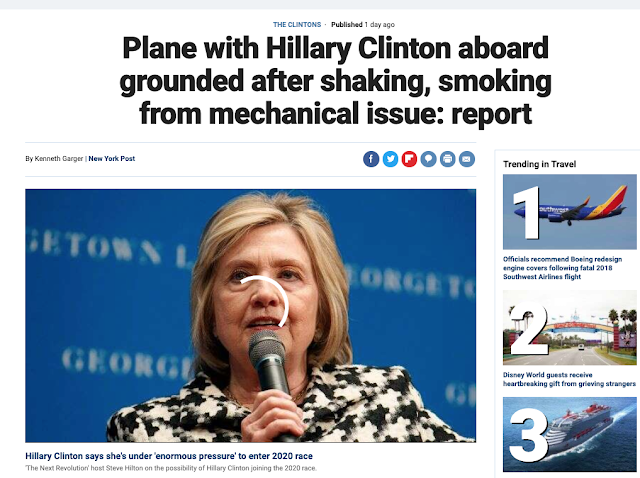 A plane with Hillary Clinton aboard was grounded at LaGuardia Airport Sunday afternoon after suffering an unknown mechanical issue on the tarmac, a report said.

Another source confirmed with the network that the former secretary of state was on board.

The flight’s pilots reported to authorities feeling the plane shake then saw smoke, the report said.

Metal debris was later discovered in the area where the mechanical issue took place.

The third incident occurred on Sunday 17 November when Fort Lauderdale-Florida experienced the most damaging fire in this city’s history—a fire involving two mega yachts named Reflections and Lohengrin worth over $24 million—whose owner of Reflections is Chip McElroy—with Chip McElroy also being the owner of McElroy Manufacturing in Tusla-Oklahoma where he’s been involved in large donations to Democrat Party candidates since 2006—and since 2016, also sees Chip McElroy serving on the board of directors of the private and highly secretive US military contractor Pryer Aerospace—a US military contractor that partnered with its Turkish counterpart during the 2017 Aviation Forum held in Hamburg-Germany—and whose central occurrence tying all three of these events together was President Trump meeting with Turkish President Recep Tayyip Erdogan in the White House three days prior on 13 November—the aftermath of which is being felt throughout all of Turkey... 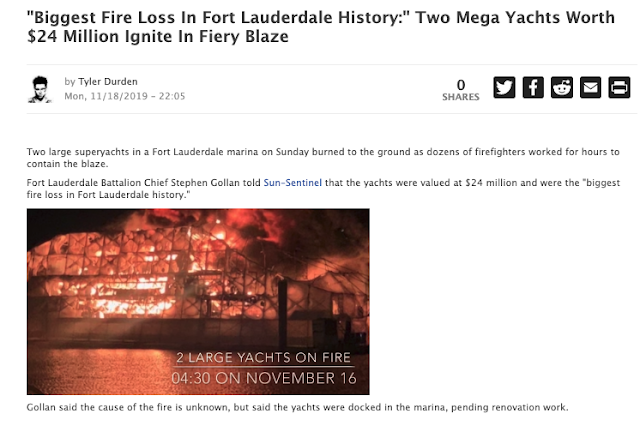