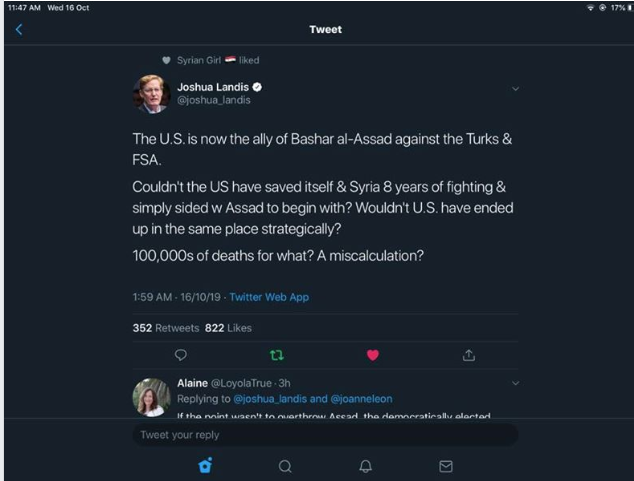 With Russia to Handover

Patrols Between Turkish and

IMAGE: Russian military police patrolling area around Manbij (AFP Photo/Delil SOULEIMAN – 2019)
Patrick Henningsen
21st Century Wire
This morning, Russian military officials announced they are now patrolling the region surrounding Syria’s northern town of Manbij, specifically in the areas which separate Turkish troops and the Syrian Arab Army soldiers.
According to a Russian Defense Ministry statement issued Tuesday, Russian military police are being positioned as a ‘buffer’ around the area northwest of Manbij, “along the line of contact between the Syrian Arab Republic and Turkey.” Officials also indicated that they are in communication with the Turkish military leadership to ensure that patrols are observing necessary deconfliction protocols.
More interestingly, US reports suggest that the Pentagon has been working together with Moscow in order engineer a seamless handover to Russian military police of positions previously held by US forces.
According to one senior Pentagon official who spoke to Newsweek, some US personnel have stayed to behind to assist Russian forces, noting that US special forces “having been in the area for longer, has been assisting the Russian forces to navigate through previously unsafe areas quickly.”
“It is essentially a handover,” said the official. “However, it’s a quick out, not something that will include walk-throughs, etc., everything is about making out with as much as possible of our things while destroying any sensitive equipment that cannot be moved.”
RELATED: Washington’s Sum of All Fears: Kurdish Militants Cut Deal with Damascus
This latest move by Moscow to install a security buffer should allay any international concerns that Trump’s sudden withdrawal of US forces would create a power vacuum that might lead to some sort of Turkish ‘massacre’ of ethnic Kurds in northern Syria. The sheer volume of alarmist western propaganda promoting that scenario has been incessant over the last week. The UK’s Guardian newspaper even went so far as to promote the idea that a US withdrawal would result in “genocide” of Syrian Kurds.
Also helping to promulgate the idea of an impending Turkish-led massacre was America’s ABC News, who used old footage from a Kentucky gun range – claiming it was Turkey firing on the Kurdish population in Syria. Watch: 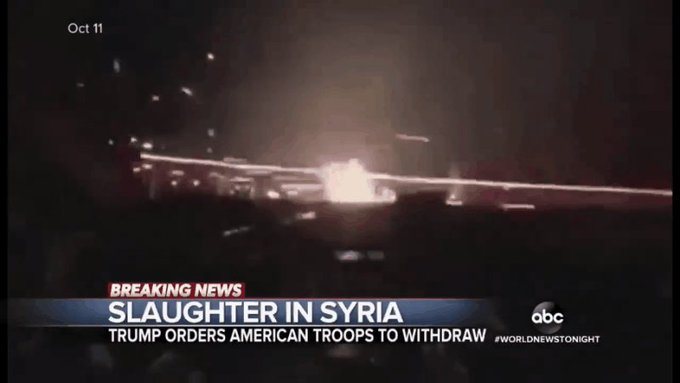 Today’s news comes immediately on the heels of a new deal struck yesterday between Kurdish officials in northeastern Syria and the government in Damascus allowing the Syrian Arab Army (SAA) to takeover key strategic positions along Syria’s northern border with Turkey. The new security agreement also includes disbanding and abolishing the previously US-backed SDF (Syrian Democratic Forces), and with remaining militias to be incorporated into the Syrian Republic’s Armed Forces including “all the current Kurdish forces and military groups joining the 5th Corps (Assault Legion) under Russian control.”

Thread/ These are the main points in the agreement between the #SDF and the Syrian government. #Syria

Danny Makki@Dannymakkisyria
1/ The abolishment of the #SDF (Syrian Democratic Forces), with all the current Kurdish forces and military groups joining the 5th Corps (Assault Legion) under Russian control


345 people are talking about this

As a newly unified SAA and Russian military police establish positions around Manbij, the threat still remains of advancing platoons of Turkish-backed former FSA (Free Syrian Army) ‘opposition’ fighters who are now rebranded as ‘Syrian National Army.’  These opposition militants could still cause problems in maintaining peace and stability along proscribed battle lines.
STAY TUNED FOR UPDATES**
Author Patrick Henningsen is an American writer and global affairs analyst and founder of independent news and analysis site 21st Century Wire, and is host of the SUNDAY WIRE weekly radio show broadcast globally over the Alternate Current Radio Network (ACR). He has written for a number of international publications and has done extensive on-the-ground reporting in the Middle East including work in Syria and Iraq.


Declaring "there is to be no direct conflict between Syrian and Turkish troops" Russia has deployed hundreds of its Soldiers BETWEEN the two armies inside Syria!

Turkish troops and tanks entered northeastern Syria days ago, with orders to establish a "safe zone" about 30km deep and 300km wide, to allow Turkey to repatriate some 3 Million Syrians who fled into Turkey to avoid the Syrian "civil war."

Syria refused to stand-by and do nothing as the Turks entered, and dispatched its army toward the northeast to engage the Turks.

Russia, allied with BOTH Syria and Turkey, first pleaded with both sides not to engage each other, and now has deployed Russian troops to make certain the two sides do not fight.

The Syrian Arab Army (the one and only legitimate "army" inside Syria) has engaged Turkish PROXIES over the past 48 hours, with quite a number of such proxies killed. Some small number of Syrian troops have also been killed.

Rather than stand-by and watch things escalate, Russia coordinated with all sides and deployed its troops.

On its face, this seems like a magnificent use of Russian troops - literally to keep the peace - and hopefully, it will work.

Perhaps the world may yet escape World War 3.

''Syria and Turkey are constantly and directly talking to each other through their foreign ministries, defense ministries and intelligence agencies.''

According to an ex-pilot of 181 Filo, F-16C/Ds of Turkish Air Force's 8th MJBC at Diyarbakir has been unable to carry-out a single strike mission against SDF & SAA since 20 hours ago because the airspace over NE Syria has been blocked on them by Russia Air Force!

Hal Turner Remark: This is a very good development. Almost unimaginable just a few days ago. There really IS hope!

https://www.zerohedge.com/geopolitical/pentagon-confirms-manbij-handed-over-russia-us-forces-filmed-departing?fbclid=IwAR2w9ROe6wEQT4prnttGUB2G5ZWHEen670rRLkI8k_4ZqB4sgfcnzBqk88w
Posted by seemorerocks at 14:50