Update: According to Bloomberg, President Trump knew of the GOP lawmakers' plan to barge into the secure hearing room on Capitol Hill where Democrats are holding secretive impeachment hearings.


On Tuesday, Trump met with approximately 30 House Republicans at the White House for two hours to discuss the situation in Syria as well as the impeachment inquiry. During the meeting, the lawmakers shared their plans to storm the basement testimony - an action which Trump supported, adding that he wants the transcripts released because they will exonerate him.

Scott Thuman ✔@ScottThuman
WATCH: here's the video of when 2 dozen GOP members, led by @mattgaetz entered the secure hearing room (SCIF) to interrupt witness testimony in the #ImpeachmentInquiry as they demand access, despite not being committee members. They're complaining it's a "Soviet-style process". 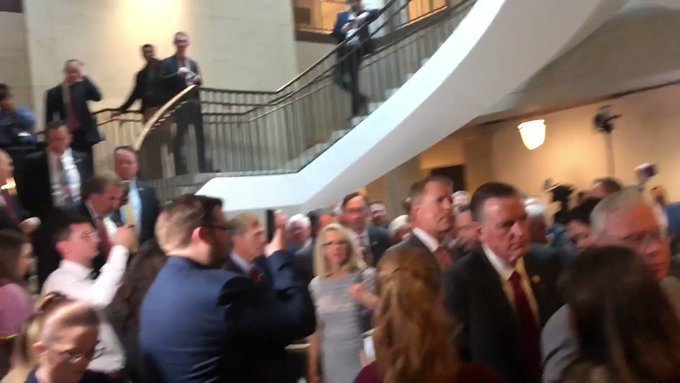 8,508 people are talking about this

Rep. Alex Mooney ✔@RepAlexMooney
BREAKING--> My report from inside the SCIF hearing room where we are exposing Adam Schiff's secret so-called impeachment inquiry. 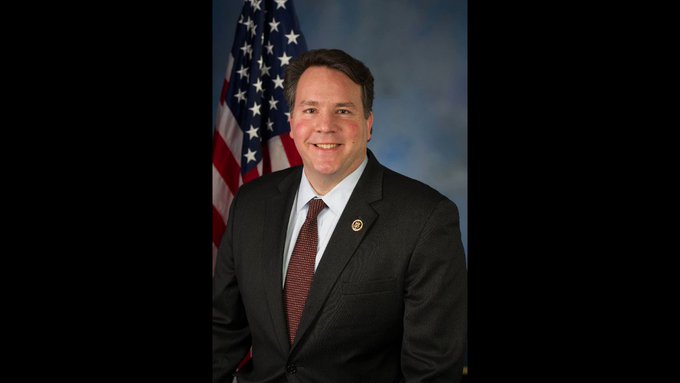 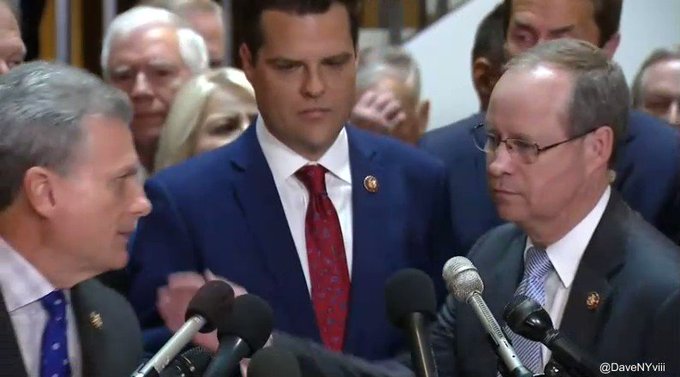 A group of House Republicans stormed a closed-door impeachment inquiry hearing Wednesday morning to lodge a protest against the secretive deposition of a top Defense Department official who was testifying about President Trump's dealings with Ukraine, The Hill reports. 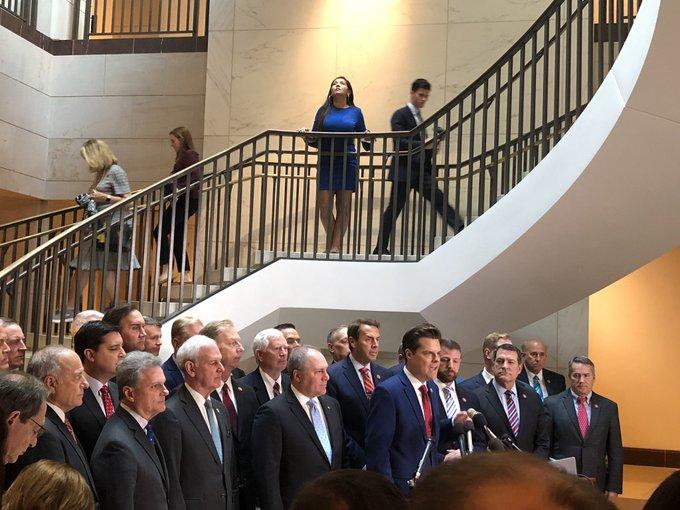 "They crashed the party," said Rep. Harley Rouda (D-CA), who sits on the House Oversight Committee, one of three House panels participating in the impeachment probe.

Dozens of Republicans, including some members of leadership, barged into the secure hearing room in the Capitol basement where Laura Cooper, the deputy assistant secretary of defense for Russia, Ukraine and Eurasia, was providing private testimony.

Several lawmakers said that, in response to the Republican protest, House Intelligence Committee Chairman Adam Schiff (D-Calif.) had left the room with Cooper, postponing the interview indefinitely. -The Hill

According to Rep. Roger Marshall (R-KS), Rep. Adam Schiff ssaid "nothing" when the members sat down.

Rep. Mark Walker ✔@RepMarkWalker
UPDATE: We are in the SCIF and every GOP Member is quietly listening.

Meanwhile, Adam Schiff, clearly peeved that he will no longer be able to hide his impeachment sham, is threatening Ethics punishment for all of us. 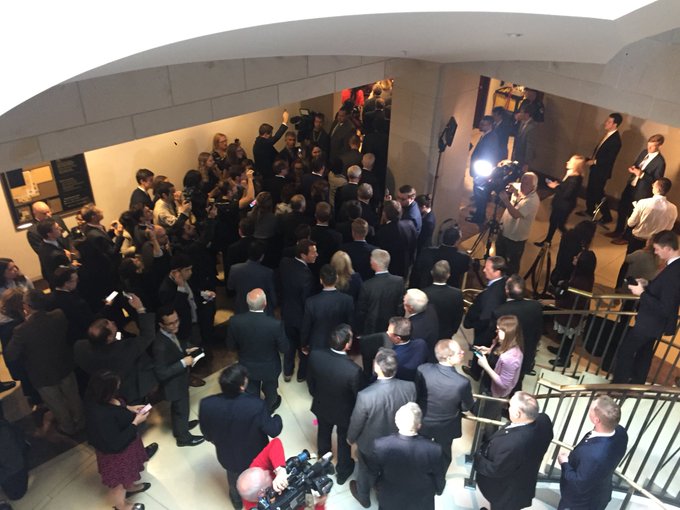 Schiff then reportedly threatened GOP members with ethics violations after 25 Republican lawmakers remained in the room, per Rep. Debbie Wasserman Schultz (D-FL), adding that the Democrats' impeachment probe has "far too much fact for their comfort level, so they have to try to stop it from moving forward." (So much fact, in fact, that they have to conduct the probe in secret!)

The move by House Republicans comes a day after another witness, top diplomat William Taylor, testified that Trump withheld military aid to Ukraine to pressure the country to conduct a pair of investigations — one into the 2016 election hacking, the other into the family of former Vice President Joe Biden — that might have helped Trump's reelection campaign next year.

Some of Republicans who barged into the hearing room were in possession of cellphones, a violation of the rules governing the so-called sensitive compartmented information facility, known as the SCIF, where the depositions have been taking place.

Wassermann Schultz said Cooper was not in the room at the time the Republicans entered. It's unclear, she added, what will happen next in terms of Cooper's testimony. -The Hill

"We want this to continue," said Rep. Chris Stewart (R-UT), who added that Republicans aren't trying to stop the hearing.

"We want to hear from this witness but so do the other members of Congress," Stewart continued. "This may be within House rules, that’s not the question. The question is, is it a good idea to try and impeach the president in secret hearings."