Paul Craig Roberts - "We Have a CIA Operation Against the President"

Signs of an uncivil civil war in America

An activist group, called "Racist Watch" is mapping the details of every individual who donated to Trump. 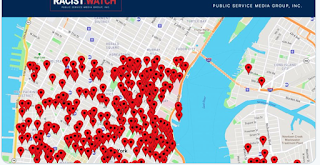 This is the latest

Just in case you think it is all on one side. 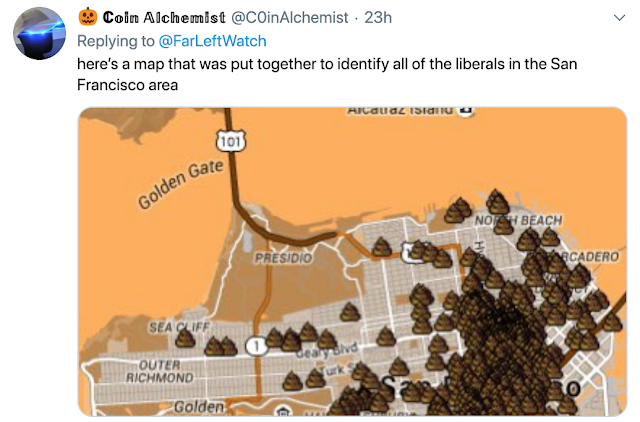 An in case you think it is the figment of an over-ripe imagination....

Snyder: If Donald Trump Is

Impeached, All Hell Will

Most Americans don’t realize it yet, but in just a few weeks we will witness one of the most critical moments in American history.
Right now the Democrats in the House of Representatives are drafting articles of impeachment, and it is expected that there will be a vote by the end of this year.  If President Trump is impeached by the House, that will set off a chain of events that nobody is going to be able to control, and if the U.S. Senate ultimately decides to remove Trump from office, all hell will break loose in America.
There are tens of millions of very loyal Trump supporters in this country, and many of them are extremely passionate.  Simply impeaching Trump would represent a “breaking point” for many of them, and if Trump is actually removed from office by a Republican-controlled Senate it is inevitable that we would see a very frightening explosion of righteous anger, and at that point there wouldn’t be much of anything that could be done to calm them down.  A large percentage of the population would instantly lose all the faith they ever had in our political system, and unfortunately there would be widespread civil unrest in the streets. 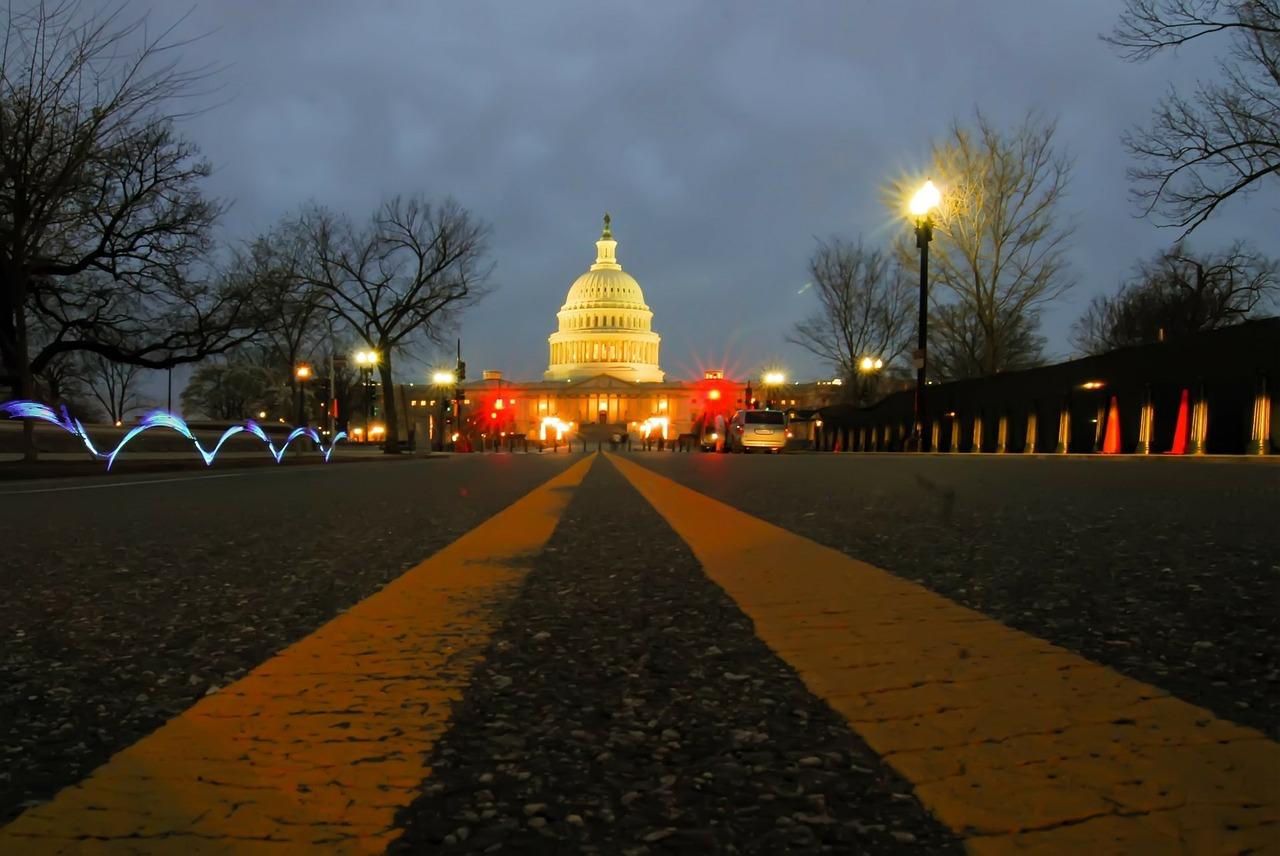 In addition, the impeachment of a U.S. president would unleash havoc on Wall Street.  Trump has warned that the stock market would crash, and it is likely that he is quite correct about that.  Of course the U.S. economy is already steamrolling toward a recession, and so instability on Wall Street would only escalate our economic problems.  It is not hard to imagine the U.S. economy plunging into a deep recession or possibly even a full-blown depression pretty rapidly after Trump is removed from office.  And with utter political chaos reigning in Washington, it would be difficult to convince anyone that things would turn around any time soon.
If the Democrats could have just been patient enough to get to November 2020, they would have had the opportunity to vote Trump out legally.
But they didn’t want to do that, and now we are headed down a road that is going to tear this country apart.
What do you think the left is going to do if Trump is not removed from office and then he goes on to win again in 2020?
Needless to say, it would be a temper tantrum unlike anything we have ever seen before in American history.
On the other hand, how do you think Trump supporters will react if Trump is illegally impeached and removed from office before we even get to the election?
We truly are in unprecedented territory, and it is very difficult to see how this story is going to end well.
This is a can of worms that never should have been opened, but there is no going back now.  According to NBC News, the impeachment inquiry is rapidly moving forward, and Democrats plan to focus their impeachment case on Trump’s “abuse of power”…

House Democrats are zeroing in on a framework for their impeachment case against President Donald Trump that will center on a simple “abuse of power” narrative involving the president’s actions regarding Ukraine, according to multiple people familiar with the deliberations.
As Democrats continue closed-door depositions with critical witnesses and prepare to move to the next phase of public hearings, they are wrestling over which elements and evidence to bring in, which to leave out. The goal is to explain to the public the reasoning and relevance of any eventual impeachment charges.

But can a president actually be impeached for an “abuse of power” that does not involve the breaking of any specific laws?
As a former lawyer that has studied constitutional law, I would definitely consider that to be unconstitutional.  And removing a president using this sort of a pretense would set an extremely dangerous precedent.
Unfortunately, right now the momentum is on the side of the pro-impeachment forces.  On Friday, yet another prominent Republican came out in favor of impeachment…

Former Ohio Governor and 2016 Republican presidential candidate John Kasich said Friday he now supports impeaching President Donald Trump.
Kasich said it was White House acting Chief of Staff Mick Mulvaney admitting there was a quid pro quo between the United States and Ukraine that “pushed me really across the Rubicon.”

Of course many could argue that John Kasich isn’t a real Republican at all, and they would be right.
And ultimately Kasich doesn’t really matter.  What really matters is what the Republicans in the U.S. Senate think, because after the House votes to impeach they are going to decide Trump’s fate.
The Democrats only have 47 seats in the Senate, and it is going to take 67 votes to convict Trump, and so the math would seem to favor the president.
But there are only a few Republicans in the Senate that are truly loyal to Trump, and things could still go either way.
In the end, it is not comforting to realize that one of the key votes in the Senate is held by “Pierre Delecto”…

Mitt Romney has a secret Twitter account that he used to promote his failed 2012 campaign and now uses to engage with reporters and condemn political moves with which he disagrees.
It was revealed Sunday evening by Slate that the 72-year-old Utah senator goes by the name Pierre Delecto, with the handle @qaws9876, on his undercover Twitter account that he admittedly uses to act as a ‘lurker’ on the social media site.

As Delecto, Romney often used the “like” button to promote anti-Trump tweets…

If that’s not bad enough, Romney is using the “like” button on his Pierre Delecto account to file away those tweets that make Mitt Romney’s heart sing: tweets accusing Trump of swindling kids with cancer, about invoking the 25th Amendment to remove Trump from office, and attacking Newt Gingrich for impeaching Bill Clinton while cheating on his own wife.

Of course the Democrats are going to need more than just Mitt Romney to remove Trump from office, and without a doubt there are other Republicans in the Senate who do not like Trump at all.
In fact, GOP strategist Mike Murphy has argued that there are 30 Senate Republicans that would vote to convict Trump if the vote was held in secret.
But how many of them are willing to do it publicly?
We shall see.
In Washington, the elite like to have men and women in Congress that have been compromised in some manner, because it is so much easier to “persuade” them to vote a certain way when push comes to shove.
In the end, I don’t know if pro-impeachment forces will be able to get to 67 votes, but if I was President Trump I would definitely be sweating right now.
Posted by seemorerocks at 12:58