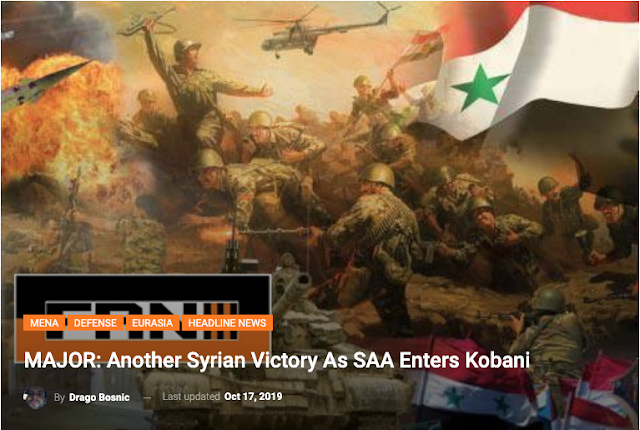 DAMASCUS – Syrian government troops accompanied by Russian forces entered the city of Ein Al-Arab (Kobani). The Syrian Army went into the strategic town, where Kurdish militias were stationed. The Syrian Observatory for Human Rights had earlier announced that Russian forces have crossed the Euphrates River in northern Syria and reached areas outside Kobani, pushing eastward with Kurdish militias.

The arrival in Kobani comes after a deal was cut between Kurdish militias, who control the city, and Damascus to deploy the Syrian Army to border areas to help fend off the Turkish offensive into the northern part of the war-torn country.

The Syrian Army has also deployed to several areas northwest of Hasaka province. Government troops have entered several towns in Tel Tamr District of Al-Hasaka, including Al-Aharis and Manajeer, to prevent the Turkish Army and their militant allies from further expanding in Hasaka province as they try to recapture the strategic city of Ras Al-Ain.

The Syrian government troops have reportedly entered several towns and villages in the middle of the Kurdish-controlled part of the country. The Russian Defense Ministry announced on Tuesday that the Syrian government forces took control of an area of more than 1,000 square kilometers around the northeastern Syrian city of Manbij. 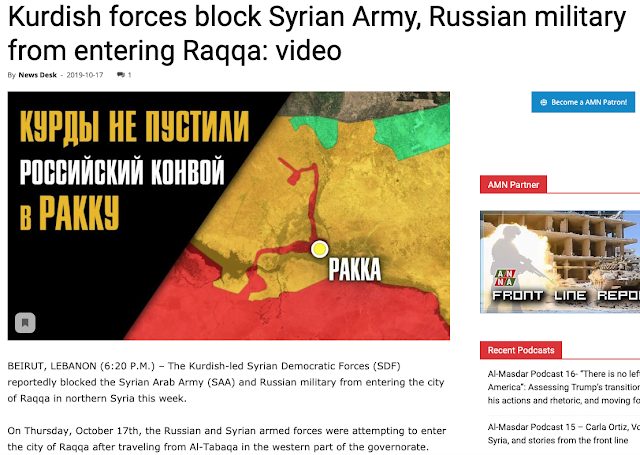