I have long contended that the historical role of Donald J Trump is to bring down the Empire. It may also be to make the destruction of humanity inevitable. 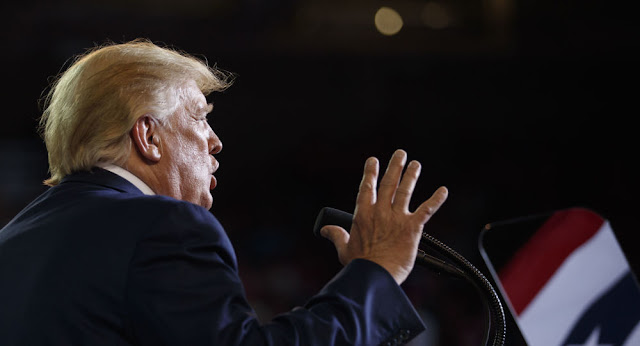 "Why don't we nuke them? They start forming off the coast of Africa, as they're moving across the Atlantic, we drop a bomb inside the eye of the hurricane and it disrupts it. Why can't we do that?" Trump reportedly said during a hurricane briefing at the White House, as paraphrased by the publication's source.
According to sources, the officials present at a briefing were shocked by the idea.
The president also expressed this idea in a conversation with a senior administration official, the publication added. A source told the publication that in 2017, Trump has already talked about the possibility of bombing hurricanes, but without the word "nuclear." This was reflected in a note of the US National Security Council.
One senior official said Trump's proposal was not a cause for alarm, since the president's goal is "to keep a catastrophic hurricane from hitting the mainland," which is "not bad."
The White House did not comment on the report.
The publication also noted that the idea to nuke hurricanes, which cause major damage to US economy, was considered by the Eisenhower administration in the 1950s. Then the idea was developed by a government scientist. According to US National Oceanic and Atmospheric Administration, the nuclear explosion will not alter the storm, but radioactive fallout will cause major damage to the environment.