The Ukraine elected a comedian for president. Great Britain felt a need to top that. The members of the ruling party thus chose a clown to become the UK's next prime minister. 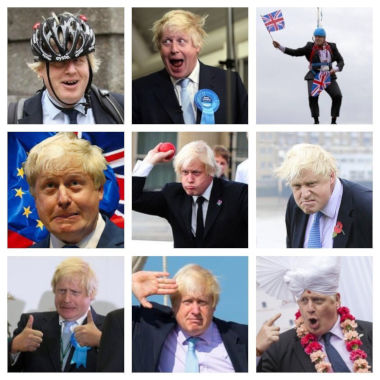 Johnson will bury the remnants of the former empire.

My sincere condolences to people of Britain. 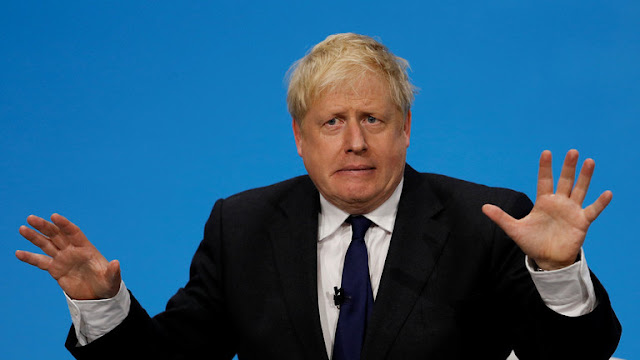 As Noel Coward sang, “Only Mad Dogs and Englishmen go out in the noon-day sun.” You could say the same about the Conservative Party, which just chose Boris Johnson to lead it.
Getting his sole challenger Jeremy Hunt’s name wrong has become a national obsession. Mind you, he got his own wife’s nationality wrong when he claimed she was Japanese (she’s Chinese) on a mission to...China!
READ MORE: Boris Johnson chosen as next British prime minister
You’d have to have been out in the noonday sun, would certainly have to be English and being mad would help, if you thought Boris Johnson was the answer to Britain’s now rather critical problems.
Britain’s (almost) new prime minister is the perfect encapsulation of all of the vices (and one or two virtues, to be fair) of the upper-class English elite (even though his grasp on Englishness is itself tenuous).
The feeling that one is born to rule, buttressed by an expensive education at the world’s most exclusive school, Eton (which has educated precisely half of all Britain’s prime ministers) and Oxford. An effortless belief in one’s racial and national superiority over Johnny Foreigner (including the upstart Americans). A contempt only blunted a little by noblesse oblige for one’s own countrymen and women who either don’t look like you, or even for those that just don’t sound like you.
In this sense Boris Johnson is a throwback to former times – not quite to the 19th century like his aide-de-camp Jacob Rees-Mogg but at least to the middle of the 20th century. On the face of it, Harold MacMillan, the then British PM, was a straight-laced, slightly eccentric upper-class Englishman. That his wife was upstairs in bed, for years, with one of his parliamentary colleagues Sir Robert Boothby didn’t seem to faze him. Or us, but then we weren’t to know about it.

In deference to the new age, Boris Johnson has skipped the straight-laced bit; he has cuckolded his colleagues, even leaving cuckoos in their nests, has left a trail of lurid love-life stories to make a thriller-writer blush, and will likely bed down in Downing Street on Wednesday night with his 31 year-old girlfriend. But the rest is just the same. Johnson is (or has fashioned himself) as an upper-class English eccentric and will be hoping the deference is not dead amongst 21st century Britons.

Boris Johnson is a Kremlin agent too, because he talks to ‘Russianoligarch’ who hates Putin. What?

To be fair it should be said that Johnson is as colourful as his predecessor Mrs May was bloodless. He is clever and quick-witted (you get what you pay for at Eton), is well read and is a good writer too (he should be, he is Britain’s most expensive newspaper columnist). Like his hero Winston Churchill, he believes history will treat him kindly because HE intends to write it.

He is also possessed of a brand of courage, the kind of courage that showed in the Charge of the Light Brigade at the Battle of Balaclava in the Crimean War. He led the Tory-Brexit campaign from the front and –unlike the Light Brigade – he emerged the winner.
He has come back from terrible setbacks and humiliations. His baggage hangs about him, unable to be shaken off. A British citizen languishes in an Iranian jail as a result of his lazy, slovenly approach to his briefings. A non-existent garden bridge stands in his name in London. It cost the taxpayer over £37 million though it was never built and never will be. He has insulted half the world personally. Calling the French “turds” calling the Turks an unmentionable name (despite being part-Turkish by heritage), he even declared that he would not visit some parts of New York (he was a joint UK-US citizen at the time) because of the “high-probability” of “bumping into Donald Trump” if he did. Because he didn’t tweet that, he’ll be hoping now that President Trump didn’t hear that one.
His sure-touch on the Muslim world he demonstrated when he called half of them –the women– “letter boxes.” Good luck on your first tour of the Islamic world, Boris.
He described black people as “piccaninnies,” though he liked their “watermelon smiles.” Good luck in Africa, Boris!
Like Harold MacMillan, Boris Johnson sees himself as Donald Trump’s missing brain and sees Britain as Greece to America’s Rome. A land of learning sophistication and culture firmly fastened to the rectum of brute American power.
He is the wisest fool in Christendom. Poor Boris, he doesn’t realise that both empires are history…