New Zealand: the cops have a secret watch list. Are you on it?

Things are not always what they seem. The authorities are supposed to be targeting the bad people. Don't bet on it.

I was able to share all sorts of articles on Facebook, UNTIL I CAME TO THIS. Three times I tried. 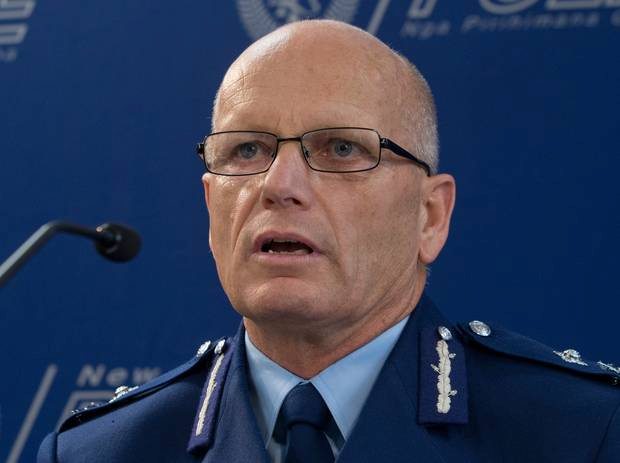 Details of a secret police watch list put together following the Christchurch terror attacks have been revealed.

More than 100 people are reportedly being actively monitored by police after two Christchurch mosques were attacked on March 15 and 50 people were killed.

People on the list included white supremacists and people who were dissatisfied by the terror attacks, Stuff reports.

People "disaffected" with firearm licences, and others with racist and radical views were also included.

The list is understood to be part of the intelligence phase of Operation Whakahumanu, a nationwide response to the attacks co-ordinated through the Police National Headquarters in Wellington.

He said it included raising awareness through increased visibility on the streets, and visits to thousands of schools, religious places, businesses and community centres.

New Zealanders were asked to be "particularly vigilant" and report concerns to police so a proper assessment could be made, Clement said.

He said while the number of reports has increased since the Christchurch attack, fundamental to being safe and feeling safe is the willingness of people to report behaviours that concern them.

"As a result of the help of the community, Police has spoken with many individuals across New Zealand and in a few instances interventions including arrests have been undertaken," Clement said.

He said police could not say the number of calls made or "lists" of people they are investigating due to operational reasons.

Anyone with information of concern can contact their local police station or Crimestoppers anonymously on 0800 555 111.

Watching the right and "those dissatisfied" with the police brotherhood response to terror?

As Alastair Thompson Scoop Media pointed out to me when we discovered in 2005 a NZ Army manual use of word "subversive", referred to investigative reporters who opposed the narrative on the War On Terror.

Absolutely outrageous our press tolerate this thuggery and what equates to an open declaration against any one who questions state authority.

But not surprised considering the old boys brotherhood ties at work here.

How many far right folk are actuslly on this secret watch list?

How many, exactly, of these right wing douchebags, beyond the crime of possessing low IQs are threat to National security beyond petty criminal issues and obnoxiousness, have any links to international groups?

On basis of just one person, not even a kiwi, whose intelligence is proving extremely sketchy and the stuff of tinfoil hat building, were about to spend billions spying on the basis of more pub stories.

Who exactly will.pay for all this?

When will we address the issue of Dunedin University 2015 lockdown?

The Orlando shooting 4chan live stream, which shows authorities knew their was a threat and that contrary to the official narrative authorities were monitoring the very pages the gunman visited with extreme frequency (and the cops still fucked up for up to three years before the mosque shootings).

This Is say verse New Zealand biker brotherhood whose members own social media sites go unmonitored by (my source for that claim comes directly from a senior police intelligence officer) and yet are a logical choice if you want to conduct a surveillance operation against those with far right ties who also have links to right wing hate groups with meaningful access to weapons, explosives, funding capable of generating a real terror threat.

A quick visit to the pages of senior Bandido members in Dunedin for example would confirm this.

Ditto do a bit of cyber stalking on the Southern Vikings, Road Knights (but not Hells Angels who keep a low profile, maintain social media silence and even patch up under other gang heraldry when they do get charged) any of the Mc gangs who are the institutes of higher ranking which groups like National Front 88 ect recruit from.

It would have being the logical place to look. If we accept the official narrative when we first found out Tarant had ties to the Dunedin Mount Bruce Rifle Club. A gun club which were told by a pro security force source with defence, not police ties, had far right ties and allegedly attracted those with white supremacist leaning ideology and sympathises.

After all it was only the year before that more than 20,000 rounds were stolen from the Dunedin Pistol club by the Bandidos ( whose leadership stems from the right white power leaning Vikings/Road Knights) and sold to the Hells Angels and upper ranking angel affiliated gangs.

You would have thought that all the gun clubs in the area would have being put under a large spotlight following that massive arms heist which demonstrated in front of the nation a glaring culture of questionable security and cultural toxicity within Dunedins gun club community.

That's withstanding the hundred of weapons and rounds which have emerged like a raging river in gang hands, many with actual right wing ties, in the past four years.

Not one of these gangs with far right ties reaching from Destiny Church to the old school boot boys that gangs like Harris Brothers (who swastika use to fly above their gang pad in Ricarton Christchurch just around the corner from the Mosque) Highway 61, Devils Henchman, Vikings, recruited from is listed in all the utter crap printed by so called terrorist experts. Soft tests who rabble off all the usual clowns who march on white pride day and make idiots of themselves.

However as those gun clubs also had brothers who were serving police officers (and even used the range for Armed Offenders training), I am not surprised no one thought a better look at who did belong to clubs and who their associates were warranted a closer look following the theft of enough weapons to carry out a small war or a large shooting massacre.

Dunedin a Scottish city with suburbs named St Clair, Roslyn, says it all really. No wonder this is were cop go when they have fucked up once to often and no one else will have them. Dunedin a town whose powerful are nicked named the Tarrant Mafia it's all white down their as the joke about the cities privilege and protected self entitled affluence use to go.

To be fair the allegations of the last two paragraph visa police ties and conduct (or lack of) are from off the record sources which I do NOT have supporting sources for.
My own pet hate and one which opens me up for criticism. Which I acknowledge is just.and fair.

So you the reader would be wise to take reject those claims on basis of the maxim extraordinary claims require extraordinary levels of evidence.

Regardless I believe my sources so am compelled to state it as they report.

Never the less, even without their input, those social media sites (pick your local MC with white biker roots and go look yourself) do most clearly depict regular ties going both way to organisations with both European American biker and far right connections such the Bandidos or Viking Mc.

Worldwide from Melbourne European dominated bikers to Spain, Russia nationalist biker culture, Germany...
A world wide brotherhood of bikers with far right ties and it's a given that connection won't get looked at once -funny that.

Ffs last year the Hells Angels ran a charity bike run down South. The gang is only the leading powerhouse of organised crime, who just pulled off a major weapons heist, and yet it ran a run with major and local businesses sponsorship including the Lone Star restaurant chain and no one in media land or the police raised an eyelid.

Question how much evidence links them to actual right wing groups here or else were apart from Tarant's own dubious claims and one way only ties. Which to be honest look like a fairly big pile of unsustainable crap.

You want to look for a far right white conspiracy Jacinda? Look no further than your daddy's buddies the biggest white power gang in town.

Is the anti police watch list made up of those who are anti rampent defence security force spending (when the spending is largely on spying on its people and turning cops into paramilitary thugs and hiring the likes of Dirty politics thugs like Thompson & Clark), not pro constitutional sovereignty, pro civil liberty, pro due process?

In otherwords citizens who are actually law abiding, non violent, quite liberal or left wing in their views.

Once more the mandate comes down to harass and spy on our citizens not on the real brotherhood of militants, terrorist, and criminals, who act outside the law and due process with the collusion of the deep state and it's apparatus of status quo.

But what do you expect when the Brotherhood girl is the front person.

Jacinda whose education was literally funded on a Freemason scholarship.

Jacinda who worked as a spin doctor for the London Metro Police white washing police corruption (after yet another very public and messy Masonic corruption scandal was investigated and swept under the carpet by the party under investigation themselves).

Is this why were now taking advice undemocratic advice on how to implement censorship from Macron a man who murders his own citizens whose own security advisers are the same parties which sanctioned the bombing and murder of peace activist in Auckland 32 years ago.
Folk which left wing websites like Voltaire and the French anti masonic anti religious publication Charlie Hebebo (subject to terror attacks) warn have far right wing ties.

Statements which can all be verified and are a matter of public record.

The hunt against the far right is being conducted by the far right and it seeks not to target a few obnoxious insignificant looser. Sacrificial lambs.

This brotherhood seeks to target those who know where the sources of corruption, absence of due process and accountability come from.

Those who seek to make the public aware of the Brotherhood's chequered pass the epidemic culture of lies, perjury and public abuse upon which this Brotherhood of fascism and unlawful conduct is built.