Making sense of media coverage of a heatwave

This is the most important fact to come out of this - not the high temperatures.

In Richmond,near Nelson a minimum temperature record of 24.3 degrees Celsius has been set. 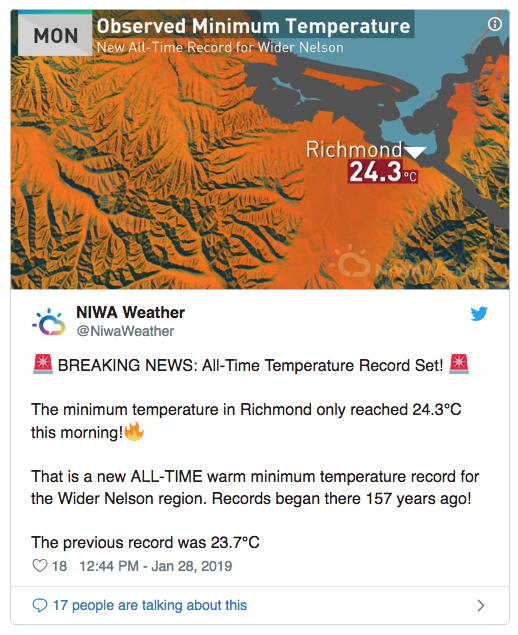 A new record for MINIMUM temperature set in Nelson 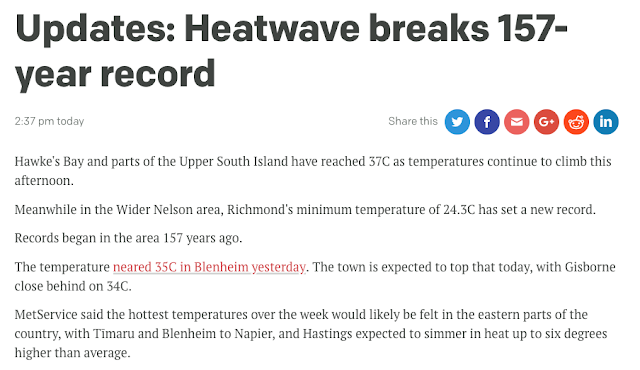 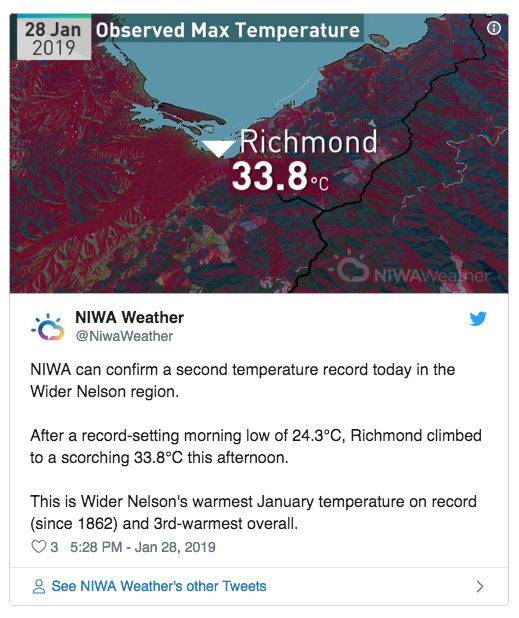 Temperatures have not got even close to the previous record, set in 1973 in Rangiora. 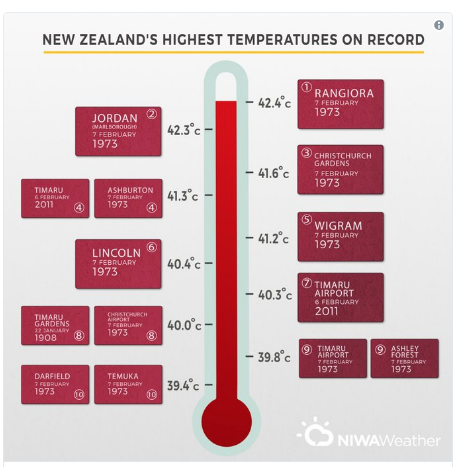 February 7, 1973 was a stinker – our hottest day ever. That day, eight out of 10 of the hottest temperatures experienced in New Zealand were recorded.

In my mind it is not these records but the huge increase in average temperatures that is significant.

Until today (27C) the temperatures in Lower Hutt (from my own measurements) have not exceeded 25 deg C; neither have they gone below 20 deg C except on several isolated occasions. 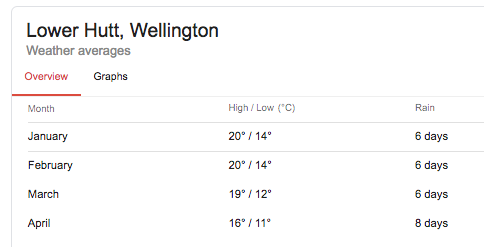