Coromandel Peninsula campers are being told to evacuate from areas where flooding is predicted, with MetService issuing severe weather warnings for parts of the North Island. 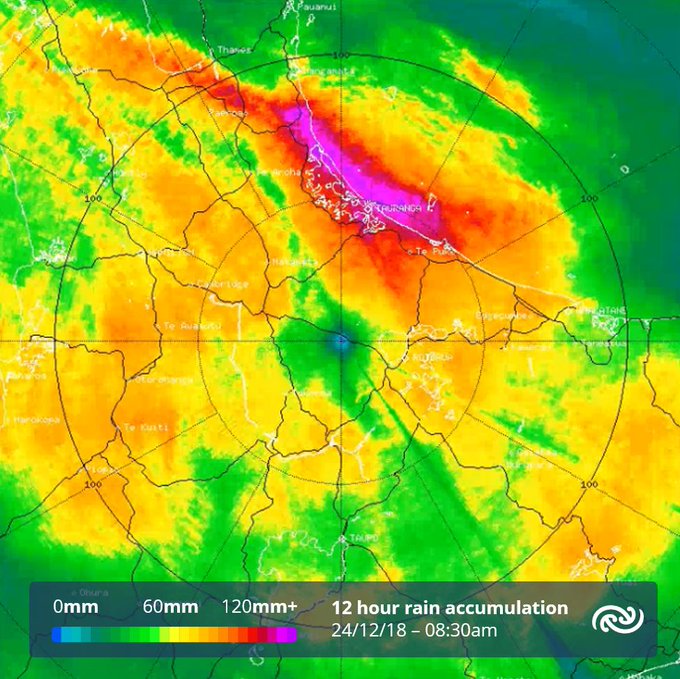 See MetService's other Tweets
Twitter Ads info and privacy
MetService has issued a heavy rain warning for Northland, Coromandel Peninsula, and a watch for Waikato, Bay of Plenty and Gisborne.
Heavy rain warnings are in place for the Coromandel Peninsula until 6am tomorrow.
Flooding concerns are highest for Rose Park mobile camping grounds, Kuaotunu Campground and Opoutere Beach Coastal Camping.
The area's Civil Defence controller, Garry Towler, said they were trying to get campers to move on, or move to higher ground.
"For residents of the Coromandel it's just business as usual, but we have thousands and thousands of people who have come on to the peninsula.
"We just have to get an advisory to them, the quickest way we can, to just say be aware of what's going on."
Mr Towler said it was the perfect storm as 100mm of heavy rain meets high tides and limited drainage options.
"We're just advising people to keep right up to date with the weather and to make alternative plans. It's just a short, risky period of time that we face.
"Don't try to force your way through and take unnecessary risks, it's just not worth it because this will be clearing by later tomorrow."
Kopu-Hikuai Road heading towards Tairua is likely to be underwater from 7pm today, while Thames Coast Road is likely to be isolated as the Kauaeranga river rises. 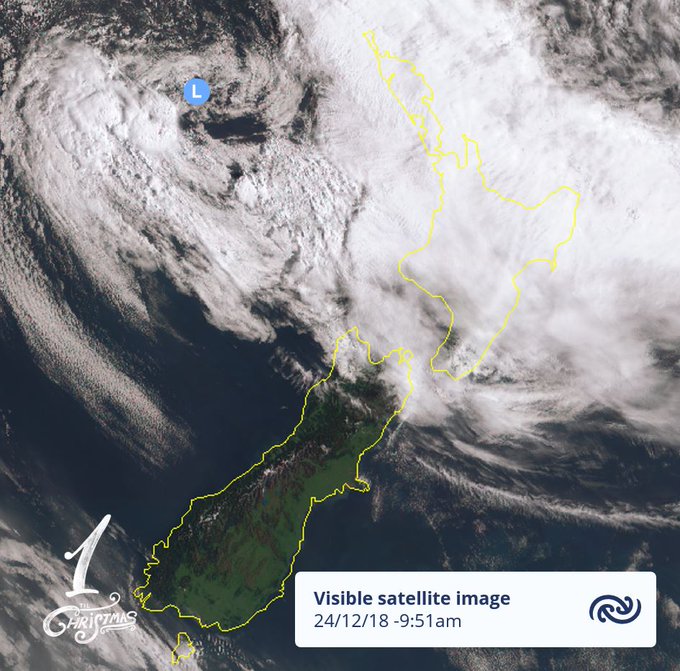 Not a cloud in sight down South

, cloud everywhere in sight for the North. Periods of rain and heavy rain for much of the North Island. South Island temperatures heading for the mid and high 20's today. Check your forecast @ http://bit.ly/metservicenz  ^JM

See MetService's other Tweets
Twitter Ads info and privacy
"If you're driving around please take care, there's potential with some of the intense rainfall to cause some surface flooding maybe even flash flooding" - Meteorologist Andy Downs duration3′ :08″

"If you're driving around please take care, there's potential with some of the intense rainfall to cause some surface flooding maybe even flash flooding" - Meteorologist Andy Downs
Meteorologist Andy Downs told Summer Report the forecast was far from the festive weather people would be hoping for.
"People in all those regions, which also of course quite popular tourist spots at this time of the year, people need to be prepared for some fairly intense rain."
He said motorists should also take caution as the intense rain created potential for surface flooding and flash flooding.
"The areas of concern are eastern parts of Northland, northern parts of Auckland but particularly Coromandel, Bay of Plenty and maybe even those northern parts of Gisborne, where we could see a further substantial amount of rain over the next 24 to 36 hours."
Meanwhile, a section of State Highway 1 near Kaikōura is down to one lane due to a slip.
The Transport Agency says road users between Kaikōura and Cheviot can expect minor delays as traffic management is in place.
The slip is blocking one lane about 5km northeast of Goose Bay.
Mount Maunganui's base track has also been shut until further notice due to slips and debris.
Tauranga City Council said at this stage all other tracks on the mountain were open.
Early this morning, about 150 campers at two Bay of Plenty holiday parks were evacuated because of flooding.
Emergency services were called to the Waihi Beach and Beach Haven Top 10 holiday parks just before 3am.
Police said campers were evacuated and taken to the Waihi RSA.
There were no reports of injuries. 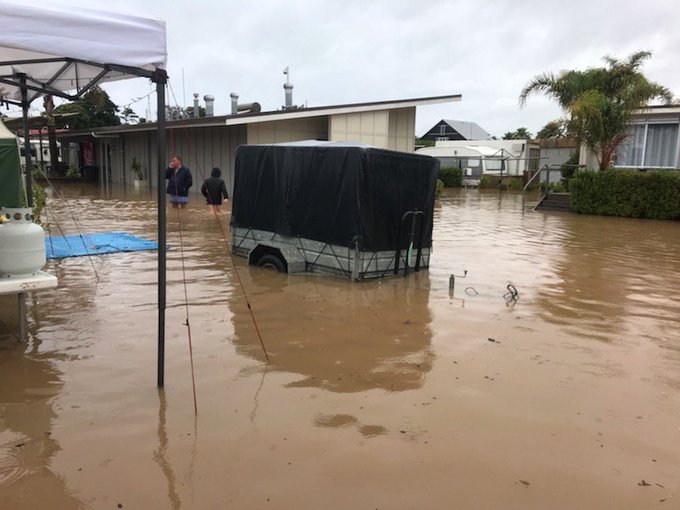 See Jeff Napier's other Tweets
Twitter Ads info and privacy
Ian Smith, who runs both camping sites, said the flooding has cut some Christmas holidays short.
"There's a lot of kids who were hoping to spend Christmas Day here tomorrow and Mum and Dad have said no. There's still rain on the weather radar so they're a bit concerned about that," Mr Smith said.
Campers were evacuated to the local RSA as a precautionary measure but have since returned.
"At daylight they returned and have started to clean up their tents. Some of them obviously didn't stand up to the rain so well. Some of them have made the decision to go home early, others are soldiering on," Mr Smith said.
MetService expected the severe weather to spread south across the North Island between tonight and tomorrow, bringing periods of heavy rain and possible thunderstorms to the northern districts.

See MetService's other Tweets
Twitter Ads info and privacy
However, Mr Downs said there was possibly some relief for those at the top of the North Island tomorrow.
"This main rain band we're talking about is going through today - Christmas Eve - particularly overnight and early Christmas morning but later through [tomorrow] morning the main rain band will clear and the top of the North Island might actually start to see some sunshine but it will be mixed with showers and possibly even some thunderstorms."
On the other hand, the lower part of the South Island looked like the best place to be for Christmas with Central Otago enjoying some sunny skies today.
The good weather is predicted to continue tomorrow for the lower South Island with temperatures of 30 degrees expected in some areas.
Meteorologist James Millward said it was looking like Wanaka would be the hottest spot in the country with 31 degrees predicted.
"Christmas Day itself is looking really nice and fine if you're down through Southland, Otago, Dunedin, Westland - you're going to have a really nice day and temperatures kind of approaching 30 degrees through there."
As for the top of the South Island and the lower North Island, it looked like it would be a gloomy day tomorrow with on-and-off rain, Mr Millward said.
The outlook for New Year's Eve at the moment predicted some strong westerly flows and possibly showers in the west but the eastern areas looked good, Mr Downs said.

Fine over most of the South Island today, but some cloud through Nelson and Marlborough. Xmas Day still looking beautiful for the lower half of the island too! More sunsets like this down in #Southland on the cards - thanks for sharing Tim! Forecasts @ http://bit.ly/metservicenz  ^JM 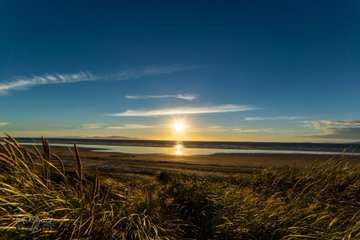 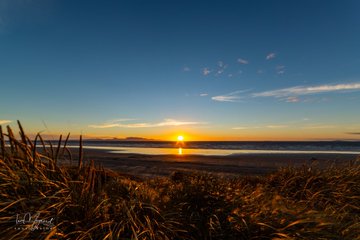 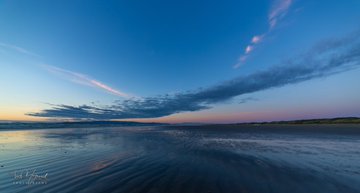 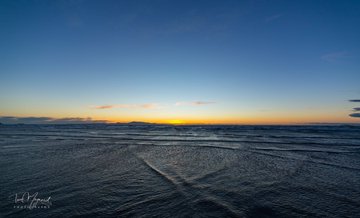 See MetService's other Tweets
Posted by seemorerocks at 15:54