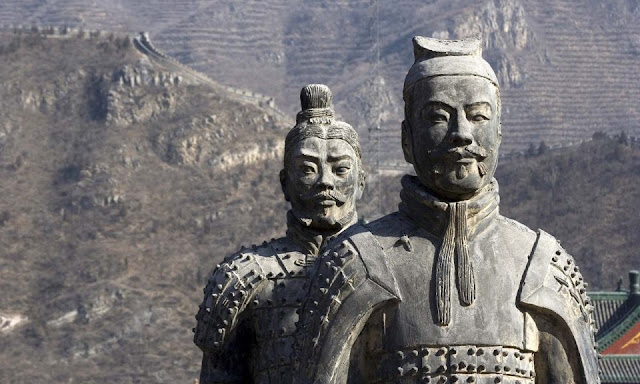 Some of my Chinese diaspora readers have made excellent comments about my latest column on the China-US trade war.

The Chinese diaspora – not only across Southeast Asia but in the US as well – are among the world’s canniest operators.

ONLY 18% of the Chinese economy is represented by exports. Of these, ONLY 17% go to the US.

About half of Chinese exports consist of processing trade - in which all China does is to assemble parts coming from other countries for final exports.

That boils down to about HALF of so-called Chinese trade “surplus” actually belonging to other countries.

Excellent example; an iPhone8 costs about $240 to manufacture in China ( and then Apple sells it to you for a small fortune.)

But China gets only about $8.40 and most of the rest goes to South Korea, Japan, Taiwan, etc for parts and other non-Chinese expenses.

So it’s totally absurd to count the whole $240 as a Chinese export to America - as US Customs does.

And by the way, ASIA and not the US is the biggest Chinese export market.

Add to it that according to Deutsche Bank research, American companies operating in China in 2017 sold $430 BILLION in goods and services while exporting $130 BILLION to China.

China for its part exported $500 billion to America and the Chinese companies in America sold ONLY $30 billion in goods and services.

So when you combine these two, the US actually sold China $30 BILLION MORE than China did to the US.

What this means in the short term is that China can bring a lot of pressure on US companies in China.

It’s impossible to compare China in 2018 with Japan in the 1980s. At the time Japan depended on the US for 40 % of exports and also for its own security (remember that Japan is still under American military “protection”).

The bottom line; China has A LOT OF AMMO in the trade war, as I emphasized in my column.

Sun Tzu and the art of fighting a trade war
It will be long, it will be nasty and Trump would be foolish to underestimate Xi and the resolve of China

Imagine the Chinese leadership out of the public eye for nearly two weeks – virtually holed up, immersed in a secret debate. That is exactly what just happened at Beidaihe, the beach resort in eastern Hebei province.

While there might be James Bond-ish conspiracy theories out there for this annual ritual, there are no doubts about the key theme of discussions: The US-China trade war.....
Posted by seemorerocks at 17:45